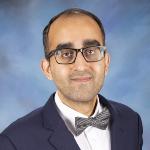 Linus Pauling, a Nobel laureate in chemistry, proposed in the 1970s that eating large doses of vitamin C can cure the common cold.

His hypothesis was not based on any empirical evidence but because of his scientific expertise, it became popular and was adopted by doctors throughout the world. It would take almost 30 years before this claim was debunked by scientists in Australia and Iceland. Robert Douglas and Harri Hemila looked at 55 previous studies and found that even daily vitamin C doses of 2g – 33 times more than the recommended amount – failed to keep away the sniffles.

This episode highlighted the fact that science is evolving, and even highly qualified scientists can make mistakes. The fickleness of science, however, is no reason for abandoning it altogether. There are self-correcting mechanisms within most of scientific endeavors that make it better than any of the alternatives.

Reports of the SARS-CoV-2 infection started trickling out of China at the end of 2019. By March 2020, the impact of this novel viral disease was starting to engulf the whole world. As a general principle, there are very few proven anti-viral treatments in the world. When HIV infections started to ravage communities in the United States in the 1980s, it took decades before antiretroviral medications were developed and even more time to find better drugs that did more good than harm. In the meanwhile, most major viral diseases can be prevented through vaccination.

Before 2020, the shortest time period for developing a working vaccine against viruses was approximately three years. As soon as Covid-19 was declared a pandemic, researchers started working on bridge therapies (to treat the most severe complications) and vaccinations. In April, the whole world saw horrific images from New York City, increasing the impetus to find a solution and fast.

On March 16, 2020, a study on the use of hydroxychloroquine in patients with SARS-CoV-2 was ‘published’ (online via YouTube) by Gautret et al (followed four days later as a preprint in the ‘International Journal of Antimicrobial Agents’) and purportedly demonstrated “a rapid and effective speeding up of their healing process, and a sharp decrease in the amount of time they remained contagious.” This study was conducted in 26 patients and the results were preliminary.

At the time, the pathophysiology of Covid-19 was not clear and there was no clear treatment for severe symptoms of the infection. This one paper gave rise to the false belief, no doubt amplified by short-sighted politicians with minimal exposure to medicine, that hydroxychloroquine was a wonder drug. The US Food and Drug Administration had issued an Early Use Authorization for the use of hydroxychloroquine as treatment for Covid-19 on March 28, 2020, which was later revoked on June 15, 2020, following further examination of preliminary data. Further studies have shown no evidence of hydroxychloroquine being beneficial for treating Covid.

The health and medical education system in Pakistan is not rooted firmly in evidence-based practice of medicine. When the pandemic hit Pakistan, doctors prescribed hydroxychloroquine and other antibiotics, without any evidence. There were also WhatsApp forwards on the benefits of miracle cures that were herbal in nature, also without any scientific evidence. The relatively minimal effects from the first wave of Covid-19 resulted in a false sense of security among medical professionals and non-medical people in Pakistan. Masking and social distancing were either not adopted or were done without much conviction. People kept travelling; and large wedding events and dinner parties did not stop.

There were speculations as to what could cause low mortality and morbidity from the same infectious disease in South Asia compared to Europe or North America. Meanwhile, breakthrough research in the US and other parts of the world resulted in finding optimal management of Covid patients and significantly reducing mortality rate in hospitalized patients. Vaccines against Covid-19 were deployed starting in December 2020, setting records for vaccine development time.

The third wave of Covid-19 in 2021 took a different turn from the first one. There was an increase in the number of cases and deaths across the country. Doctors kept prescribing unnecessary and unproven medications, causing more harm than good. Based on some anecdotal data, I found that the list of unnecessary medications included anti-parasitic drugs, antibiotics, steroids and anticoagulants. Under certain circumstances, steroids have shown to help Covid patients, but they are not indicated for every patient in every setting. The same is true for anticoagulants. Both these drug groups can cause irreparable harm if not prescribed for the right reasons.

Covid-scepticism and using experimental therapy is not unique to Pakistan. However, in countries like the US, the FDA and CDC have issued guidance for managing this novel disease. In Pakistan, it's a free for all. The politicization of even a regulatory authority like the PMDC has resulted in a dysfunctional system that puts lives of patients in danger. Following the 18th Amendment in 2010, health commissions were proposed and established in all four provinces. However, there are limited enforcement mechanisms available for these commissions and they cannot keep our disjointed health system in check on their own. The recent New York Times story on HIV cases in Sindh paints a gloomy picture of our public health system.

While the rest of the world figures out ways to vaccinate populations and manage severe Covid infections, Pakistan has lagged in both vaccinations and preventive measures. The Covid-19 pandemic has exposed the crumbling health infrastructure in Pakistan; unless the power brokers focus on managing the pandemic, we can have another polio-like situation on our hands.

The writer is a doctor based in Houston. Twitter: @abdulabidMD