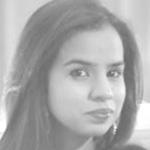 In pursuit of happiness

Amidst a deep crisis, people around the world showed great resilience in the face of the pandemic and its widespread effects. This has been found in the latest World Happiness Report 2021.

Published by the UN, the World Happiness Report is based on the Gallup World Poll that collects data across 149 countries to measure people’s self-perceived life satisfaction. Surveyed countries are ranked on the basis of questions asked from the respondents to rate their lives on the Cantril Ladder with 0 being the worst possible life satisfaction and 10 being the best possible life as perceived by citizens. Countries are ranked on the basis of six categories – GDP, healthy life expectancy, freedom to make life choices, social support, generosity and perception of corruption.

Unlike previous reports, this year the report mainly focuses on the potential impact of Covid-19 on people’s well-being and how governments have differed in their success in curbing the spread of the deadly virus and how they fared in maintaining integrated healthy societies. The pandemic resulted in more than two million deaths around the world along with greater economic insecurity, physical and mental health challenges, fear and anxiety, social disruption – but the prevalence of happiness among people at an aggregate level has not changed or declined much.

One possible explanation for this, as proposed by the authors of the report, is that people see the pandemic as a shared external threat impinging every individual and society in one way or the other. This leads individuals to develop a sense of being connected, and of solidarity and affinity.

While the report shows satisfactory results on the whole, it has some grim news for Pakistan as the country witnessed a steady decline from position 66 to 105. After staying at the top for being the happiest country among all South Asian countries, the country slipped three spots on the index – falling below Maldives, Nepal and Bangladesh from the 2017-19 report. To be at number 105 itself is not as shocking as Pakistan ranks quite low in many international rankings. However, plunging from number 66 to 105 within a year makes one ponder about the huge socio-economic disruption in the country that has affected the well-being of citizens. Besides, this also generates scepticism about the credibility of the index.

Since the first Covid case was reported in Pakistan, the country seems to have fared way better than many developed countries. This success is apparently a result of the government’s opposition to a complete lockdown, what with the fear of the suffering of the people. Certainly, the lockdown’s toll has been drastic, particularly on the vulnerable segment of society including daily wagers, precarious workers and the poorer. However, there has been minimal economic recovery or gain since the culmination of the lockdown while the deadly virus spread continues as a threat to incapacitate the already deteriorated and ill-equipped healthcare system in the country.

The happiness report also states that there has been no trade-off between healthy citizens and a prosperous economy for countries that preferred to control the pandemic at first. In fact, it has been argued that the benefits of controlling pandemic will be greater in the current year as countries that tried to contain the virus with easygoing policies are still facing high infection and death counts along with economic and social life constraints. The recent third wave of the virus spreading hastily in the country may be considered one such example.

In addition, the government seemed muddled in conveying a proper awareness message against the coronavirus. Also, a weak and indecisive initial response led to feelings of distrust, anger and anxiety among the public. For instance, people were quite sceptical at the beginning about being poisoned by medical staff in the name of treatment while in isolation; the report suggests that people’s confidence in public institutions is one of the most important factors that support life evaluation.

Furthermore, many questions have been raised by scholars and researchers about the veracity of the index. First, most countries including Pakistan could not be surveyed in 2020 due to pandemic restrictions, and they are ranked based on their 2017-19 survey. Second, there is still ongoing debate on the determinants to measure subjective wellbeing and happiness. While happiness is a key variable to the country’s well-being, national institutions cannot be reformed and sustainable development policies cannot be made solely on the basis of perception-based questions upon which the results of the report have been derived.

Four out of six categories to measure happiness are perception-based – for which people are asked to answer the questions according to their feelings and personal opinions about the issue which may be influenced by their surrounding environment, thought process or conditions in the country. For instance, in criterion wise ranking, Pakistan ranks among the lowest on the ladder in terms of social support – which shows that people living in the country do not care for each other. This is somewhat difficult to agree with but one can assume that people, at the time of the survey, thought they had not been supported in the last year compared to their ideally perceived standards. They might also compare themselves with other countries and feel that those people are more supportive than people in Pakistan and thus gave it a lower score.

Likewise, the country plunged to number 71 from 55 in the ‘prevalence of corruption’ which is again a perception-based criterion. Eradicating corruption was one of the main objectives of the current government’s manifesto at the time of the election. People had high hopes from the newly elected government which then failed to serve as expected so there are possible chances that people ranked it relatively low on the scale even though the actual facts may differ. Or, they may perceive that corruption in Pakistan is still highly rampant when they compare themselves from other developed countries. The generosity and freedom indicators showed up better numbers compared to the previous report but still the credibility of their ranking remained under question.

Even though the survey is not based on hard facts and data, one cannot ignore the level of subjective happiness of the people it measures. It can be helpful in assessing the subjective wellbeing of people that is equally important in prioritizing targeted goals. Moreover, there seem to be limitations in comparing the happiness level of people living in highly developed and prosperous countries with that of those living in a developing one. However, comparing a country’s level of subjective wellbeing with its own previous year may generate valuable discussion as other variable factors remain constant.

The writer is a research associate at the Lahore School of Economics.