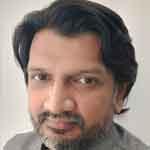 The question of public transport

Karachi, one of the largest and fastest growing cities in the world, exists without any modern public transport infrastructure. Lahore, which is the fifth largest city in the South Asian region and 26th in the world, has a basic infrastructure that has been recently bolstered by the inauguration of the Orange Line of the Lahore Metro.

The debate on social media and other platforms around mass public transport reflect a certain middle/upper class bias where such projects are considered ‘too expensive’, ‘a waste of money’, and ‘white elephants.’ The argument stems from the idea that such projects are luxuries that the country can ill afford (at this stage) and that we must prioritize other projects. However, it is not made clear what those other priorities are or could be, and at what stage would it be okay to have a mass public transport system.

The 2019 Statistical Pocket Book of the Punjab shows that in the Lahore district alone, there are 5.3 million registered motor vehicles out of which 3.7 million are motorcycles (2017 figures). An updated estimate suggests that there are currently 6.2 million vehicles in the city out of which 4.2 million are motorcycles. In a city of 12 million people, the vehicle per capita number stands at 516 vehicles per 1000 people.

Lahore finds itself in the good company of Norway (514), Cyprus (509), Belgium (508), Portugal (492, Lisbon 217), the Netherlands (487, Amsterdam 287), and the Czech Republic (539) without having their per capita income or the quality of infrastructure. Arguably, one of the reasons for per capita low car ownership in these countries could be the presence of a functioning public mass transport system. Of course, our relatively high per capita vehicle ownership is unsurprising given the absence of such a system. Traffic congestion in both Karachi and Lahore can then be put in its proper context.

An important difference to note is the large presence of motorcycles in our cities. The lack of a viable public transport system will always incentivize people to buy an affordable mode of transport. Motorcycles, even though they put the lives of the rider and passenger at considerable risks, are certainly affordable both at the time of purchase and during the owner’s lifetime. Equally importantly, they afford the rider the ability to manage time and not be confronted with delays caused by an unreliable public transport system. What kind of system will allow people to shift from a riskier and inefficient mode of transport to a safer and more efficient one? This question seems to go unaddressed in any of the planning done for the public mass transport projects meant for Lahore or other cities.

One of the important pieces of information required for designing public transport systems is to ascertain how people move within a city. This may look like an obvious question, but it can be deceptively difficult to address. Answering this question requires planners to understand the economy of the city. Where do blue and white collared workers go to work? What are the main business centers of the city and how are they connected? This is particularly important as our cities are transitioning from manufacturing to more service-oriented jobs.

How do we connect suburban areas (or suburban type) to city centers? How do we ensure that the system provides the service equally well to women and school and college students? This last question is an important one to address. Public service provision in Pakistan may not be designed explicitly to service men but it often ends up doing so. This may simply be because the planners are unaware about the different kinds of users of a certain service and how its delivery can be made effective keeping in mind class and gender dynamics.

Students are one of the major users of the public transport system. There are close to a million children enrolled in various government and private schools in Lahore. Similarly, around 170,000 students are enrolled in various colleges and universities in the city. A public transport solution that allows these students to attend their institutions and return home safe and on time will go a long way in solving the traffic congestion issue in the city.

A functional public transport system is not simply about having several buses or rails moving across the length and breadth of the city. A key part of it is a certain road and traffic management infrastructure that prioritizes the movement of public transport vehicles over private ones. Ten years ago, when the Shahbaz Sharif government went on its hyper infrastructure drive around the city – building overhead bridges, a metrobus service, several underpasses, signal less corridors and road widening projects – the intention was that this would take care of the congestion issues over time and improve traffic flow. And yet here we are.

We need to understand that, apart from the metrobus and orange line services, most other infrastructure projects mainly serve the purpose of making the city look ‘modern’ and ‘beautiful.’ Private car owners may feel that their ‘consumption’ of such projects connect them with a global class of modern consumers, but this comes at a considerable domestic price of making the city even more inaccessible for most of its dwellers. Consider for example, the ring road around Lahore. A six-lane road that allows for fast moving traffic and connects the old city with several of its suburbs is meant only for private car owners. There does not seem to be a plan or even an effort to consider running public transport on the road in order to connect different parts of the town. Yet, the ring road projects are no longer just limited to Lahore. Both Rawalpindi and Peshawar are destined to get one as well and we don’t seem to have any clarity on how these big projects will connect to the larger public transport system designed for these cities.

Lastly, one must consider whether such large transport projects can finance their running costs. The short answer is no. There is no mass transport system project that can be priced with the aim to recover costs in medium to long run. Government subsidies are extremely important. It is, however, important to ask how these subsidies may themselves be financed. There are multiple possibilities. One important and in our case perhaps a necessary step is to increase annual tax paid by car owners. Currently, the motor vehicle token tax (or token as they are usually called) is low. These rates, I think, need to be revised and then hypothecated for subsidizing public transport. With rates so low, the government is encouraging the wealthy to buy cars and without really charging them for the infrastructure that is required to use them.

Another way to finance the subsidies is to devolve fuel taxes to the city governments and hypothecate them for public transport provision. One can also have differential fuel taxes for different sizes of car engines. In any case, to imagine that a public transport system will be able to pay for itself is naive at best and cruel at worst. In the countries of the European Union alone, the road-based transport systems require an annual subsidy of more than 100 billion Euros each year. This is not to say that we need to provide the subsidy without proper planning. Of course, we need to evaluate what kind of subsidies work the best and benefit the poor users of such services the most.The question of financing subsidies requires a careful examination of the histories of urban planning in a city, its political economy, its social stratification, and most importantly how answering these will make the city more livable, particularly for the teeming poor that toil day and night to produce the wealth that only a few come to possess.