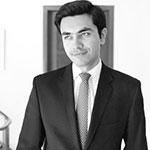 The conversation about tech’s stars has shifted sharply from reverence to suspicion to deep frustration. Perhaps no CEO is a better representative of this than Mark Zuckerberg. It is very easy to distrust Zuckerberg. But is it deserved? Yes. Should Facebook be broken up? Yes. Should he be removed? Yes. Under the complex ugliness of what he has grown, there is a simple reason why he is not fit to run the new Big Blue.

Imagine a behemoth of the blue yonder as it gorges itself on the data of 2.7 billion users while spilling it left, right, and center. All the while, its leader publishes op-eds in WashPo and the Times where he demurely muses on the horrors of regulation. Imagine him penning the thoughtful line before becoming behemoth: “They trust me. Dumb *bleep*”. Imagine Mark.

PR scandals, election manipulation, internal mutinies, and inability to curb calls to incite murderous violence rock the company at a rate that has exponentially grown. And exiting top brass are rarely kind in their assessments.

A former CIA officer quit her ‘Elections Integrity’ job after six months, citing her reason to be that Facebook is ‘exploiting our data’. WhatsApp founder, Brian Acton sold WhatsApp to Facebook and then quit over privacy concerns. Facebook’s first president, Sean Parker, says the site was designed to exploit “a vulnerability in human psychology”. Facebook’s cofounder, Chris Hughes, called for it to be broken up in a lengthy Times op-ed. No doubt, Acton, Parker, and Hughes were able to arrive at their profound conclusions post-sale thanks to the new perspectives afforded them sitting atop mountains of money.

But Zuckerberg is happy to play nice to offset assessments such as these. In March, 2018, he committed his company to abide by the EU’s Data Protection privacy requirements as UK politicians were primed to bring legislation against Facebook. However, leaked internal documents showed Facebook was actually aggressively pressuring politicians across the globe to lobby on its behalf with tactics such as threatening to withhold investment, promising siting new data centers and jobs locally, and targeting specific female legislators.

And why not? The amorality of Zuckerberg asking for forgiveness rather than permission is effective. During one of his apology tour testimonies, his net worth rose by $3.2 billion. Whatever his own political leanings may be, they matter not in the face of Growth-with-a-capital-G at all costs. Whipping money across both sides of the aisle is proof of this. But unchecked Growth begets problems. Users are weary of being thrown under a bus driven by one of the most insincere and inept privacy policy implementations in the history of the digital age.

A man who builds himself an empire is entitled to run it. Facebook should not be culled by virtue of its size but rather because its principal agent has consistently proven to be a bad faith actor who is unable and/or unwilling to protect your privacy while simultaneously mismanaging the robustness of an outsized digi-empire leading to the ironic exposure of its internal frailty. This is a failure of his duties as CEO.

Do not expect any of these any time soon. Antitrust skeptics rule over the federal appeals court and Supreme Court and stick to the 1982 merger guidelines issued by the Reagan Administration despite the overdue call for a modern interpretation, such as Lina Khan’s.

Additionally, Zuckerberg’s voting shares make any motion shareholders bring against him pointless. Similarly, deterrents will remain lacking. The SEC is as incompetent in this department as the FTC’s Facebook fines are feeble. It appears Big Blue 2.0 will continue its rampant abuse unchecked until a scandal so sizable erupts that even Zuckerberg is unable to awkwardly quash it. Till then we will have to watch as Facebook lumbers fast and breaks things.

The writer is a consultant working in the education sector.