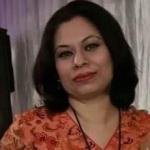 Time to end the patriarchy

The country has exploded with anger over a crime so heinous, so barbaric, that it is difficult to capsule the emotions in words. Regrettably, the crime is not the first. Horrifically, it may not be the last.

With mounting embarrassment over the incident as well as the incompetence and callousness of concerned authorities, it is highly expected that the brutal culprits will quickly be meted out equally brutal justice.

But a bloody climax to an emotional rising action would simply put a lid on the simmering broth of animal instincts, on the brim of an explosion. It may give much-needed relief to avenging spirits. It may give a shut-up call to the critics. But can it undo what is done? Can it prevent repetition?

Can it mend the shattered ego of the sufferer? Can it heal the bruised spirit? Can any level of punishment scare away the nightmares that the innocent witnesses may experience for the rest of their lives? Can words and actions camouflage the ugliness of Pakistan’s reality? Can any verdict save the millions of other women vulnerable to prying eyes and hands?

Can any disciplinary action correct the Pakistani mindset which always blames the survivor or victim? She was dressed provocatively, she was alone in the middle of the night, she was ‘bold’, she is a liar, she asked for it – these are the usual responses when a woman in Pakistan is subjected to any form of violence or harassment.

Let’s reverse the situation. Imagine a man, driving on a deserted road, in the wee hours of the night, experiencing a car breakdown. As he awaits help, he is attacked by goons, bruised and battered and robbed. Will the police ask him why he chose to drive on a deserted road? Will any authority chide him over his ‘carelessness’ of not checking his car’s fuel? For a man in Pakistan, these would be nonsensical questions to be asked. The case, whether solved or shelved, would purely be one of an armed robbery, and never that of wrong decisions.

As we struggle to still get over the death of Zainab, a tragic death by rape of five-year-old Marwa comes to haunt us. As my spirits further dampen at a detailed investigative report about harassment cases in the University of Balochistan and news of garment factory workers hounded by sexual harassment, I see outrage by a female cyclist over her experience of sexual harassment on the streets. It seems that oblivious to a nation reeling with anger, sexual predators remain committed to their ugly practices.

Besides the growing chants of #HangTheRapistsPublically, the more humane and intellectual strata of society reasons that capital punishment may not be the answer. They have always demanded longer-term visions and practices. They have always pointed out that the root cause of the problem is chauvinistic attitude, sadly fanned by men as well as women. Consent from a woman is seen as a non-issue. A woman traveling alone, or dressed ‘provocatively’? Perfect: she is an easy outlet for twisted desires.

In Pakistan, misogyny can be found in every corner. Eons of patriarchal practices need years of feminist rights to be reiterated and enforced. More sons need to be raised who respect women. More daughters need to be empowered. What we do today will make tomorrow safe. But for now, the pain is too fresh. The eyes are still misty. Avenging blood for blood may not be the answer, but subjecting a man with pain which is nowhere closest to what he afflicted a woman with, may shame another of his kind. Speaking the only language he knows; of violence, may put a few at peace. For now, let him face the world, let him suffer the wrath, let him hear the questions, before he answers them in another world.

But it will not end with him. He may be buried today, the legacy of his crime will still live tomorrow. Unless, a woman is looked upon as a human. Until a daughter is not discarded away as a burden or a wife is not considered a punching bag. Rape, sexual harassment, domestic violence, honour killing are the many sides of misogyny. It is the patriarchy which harasses culture. End the patriarchy!

The writer is a freelance journalist.

She has a keen interest in issues regarding women, religion and foreign affairs.