Tareen’s £7million property is his asset that has remained a secret until now and not declared before the Election Commission of Pakistan by him or his wife. According to the latest documents submitted to the SC, Tareen’s lawyers have confirmed that he is a “settler” for a trust which runs an offshore company - Shiny View Limited - and owns Hyde House in Newbury.

Jahangir Tareen’s lawyer Sikandar Bashir Mohmand had resisted showing the “Trust Deed” to the SC stating it was a private document and only Jahangir Tareen’s version that Hyde House was gifted to his children through the Trust shall be accepted but the actual Trust Deed establishes beyond any doubt that two people are the actual controllers of the trust: ‘The settler’ (Jahangir Tareen: 04/07/530) and ‘The settlor’s wife’ (Amina Tareen 10/09/1956).

The Trust Deed submitted by JKT’s lawyers defines who the beneficial owners are and what definitions on ownership should be applied. It defines a “Beneficiary” as “any person who is beneficiary under the settlement and ‘Beneficiaries’ shall be construed accordingly’.

According to the original trust deed, HSBC Bank (Pvt) Ltd is the trustee and the trust was created for 150 years in May 2011. Papers show that Tareen’s offshore company bought the Hyde House property in August 2011 and the “Trust Deed” was signed in May 2011.

They “Trust Deed” shows that settler, Tareen, may direct the trustees to transfer the income from the trust fund to any one or more of the Discretionary Lifetime Beneficiaries (Jahangir Tareen & Amina Tareen) including him (Jahangir Tareen).

It established that in case Tareen passes away, his wife, children and grandchildren will be named the discretionary beneficiaries. According to Pakistani laws, if the beneficiary is a resident of Pakistan then he has to declare his beneficial interests in whatever capacity it may be.

“All such directions shall be treated as revocable unless expressed to be irrevocable and shall continue until the settler dies or becomes incapacitated or (where the direction is revocable) the settler revokes the direction personally. Until and subject to and in default of any such directions the Trustees may, during the Trust period, pay or apply the income of the Trust Fund to, or for the benefit of, all or any others of them, that are for the time being in existence and in whatever shares, if more than one and in whatever manner generally that the Trustees may in their absolute discretion think fit.” says the trust deed.

In other words, the trustees, or the bank, during the trust period may pay the whole or part of the capital from the trust fund to all or any of the discretionary beneficiaries at their discretion.

It further states that the bank also has the power to grant a pledge or other security, over the trust fund assets to secure any payment obligation from a discretionary lifetime beneficiary, unless the trustees are otherwise satisfied that the transaction was for the direct benefit of the discretionary lifetime beneficiary while also having the power to waive or release any express or implied right of subrogation against the relevant debtor.

Jahangir Tareen now faces an uphill task of furnishing the money trail and all the associated papers linked with the purchase of his palatial 12-acre property in Newbury as the property has remained a secret until now. His lawyers have produced the Trust Deed before the court but not the bank statements by UK banks that were used to buy this property.

It was widely believed that the PTI Secretary General owns assets in the UK through offshore companies, registered in British Virgin Iceland (BVI), and trusts linked with his children but its only now that one major secret investment of JKT has been found and the Supreme Court judges have questioned whether Jahangir Tareen used the offshore company and the trust to “camouflage” something or indulge in any illegal activity.

The PTI leader has insisted that he has purchased this property through taxed money earned in Pakistan and sent to the UK through legal banking channels but the amounts involved in the purchase of Hyde House, Hyde Lane, Ecchinswell, Newbury RG20 4UN are staggering and Tareen’s lawyer have made every effort to dodge the question of furnishing the bank statements before the SC but the judges have insisted on seeing the bank statements.

Tareen’s lawyer had told the court that his client spent £4.7 million in 2011 to buy the 12-acre Hyde House property which was bought by Sunny View Limited (SVL), an offshore company now owned by a trust set up by Tareen in May 2011.

Pakistani media visited the property two weeks ago and it was noticed that the construction work on the opulent property was still on. Its current estimated value is around £7 million.

Tarene’s lawyer has said that a total of £4.75 million was spent on the construction of the house but the payment that’s of utmost interest to the Supreme Court is £2.1 million which was paid originally by Jahangir Tareen to buy the property through Shiny View Limited – under two title numbers HP576984 and HP595045.

Tareen will have to prove that he sent this money out of Pakistan into a UK bank account, bank statements of both accounts and outgoing and incoming transactions in these accounts, cross-checked to ensure that each and every penny paid was transferred out of Pakistan was taxed and that it was not laundered and earned through halal means.

Submitting such banking record to the court would generate further questions around the transactions and whether or not they correspond with each other. 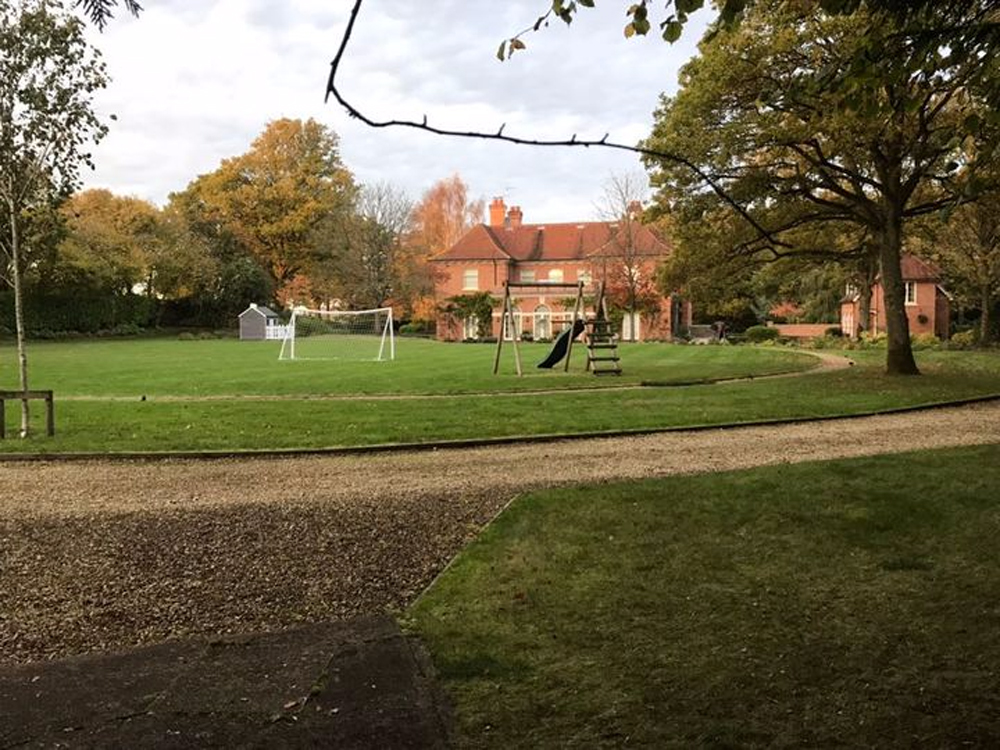 A leading chartered accountant, who has expertise in setting up trusts and offshore companies, said that UK residents had these kind of structures to take advantage of the complex tax system where offshore ownership can get away with large Capital Gains Tax.

“Having such structure makes no sense as JK Tareen being nonresident of UK automatically qualifies for those reliefs.

He said that the trustees are HSBC bank and control of the trust stays with the settler who is JahangirTareen.

“We have not seen any document that confirms absolute transfer, without any control. The property in question was bought few months August 2011, after incorporation of trust via another offshore company, namely Shiny View Ltd. It was further claimed that this property was later transferred or control was transferred to the trust but UK land registry confirms no such transfer is registered.

He said the loan was taken to develop the property, through and loan and charge is in the name of shiny view Ltd. “Letter by architects and developers to private bank EFG also confirms that control is still in the hands of the presenters of such documents. If presenter is not in control then why this letter was presented as evidence of loan?

The chartered accountant asked: “Question that still remains outstanding is and how shiny View Ltd was acquired, and who is in control of that company? There is a chance that Shiny View was acquired as a separate transaction, unconnected to the purchase of the property, if that is the case then that transaction needs explanation, with money trail. If these transactions are as clear as presented than another question arises that why development Loan was taken from a private bank, and who is the applicant or guarantors of the loan. Indeed unconnected party would not guarantee any such transactions.”