The suspects including a masked bike-rider intercepted Azaz Syed at Park Road near Banigala police station and stopped his car. The suspects asked him to come out of the car but Azaz accelerated his car and sped towards the Tramrhi Chowk and entered the Shahzad Town police station to take shelter.

The police took up the case and barricaded all the roads but failed to get the alleged kidnappers. Islamabad SSP Sajid Kiani ordered the area police to get CCTV footage to trace the suspects.

PFUJ President Afzal Butt strongly condemned the incident saying that the journalists would resist such incidents and no individual, state or non-state actors would be allowed to act against any journalist. 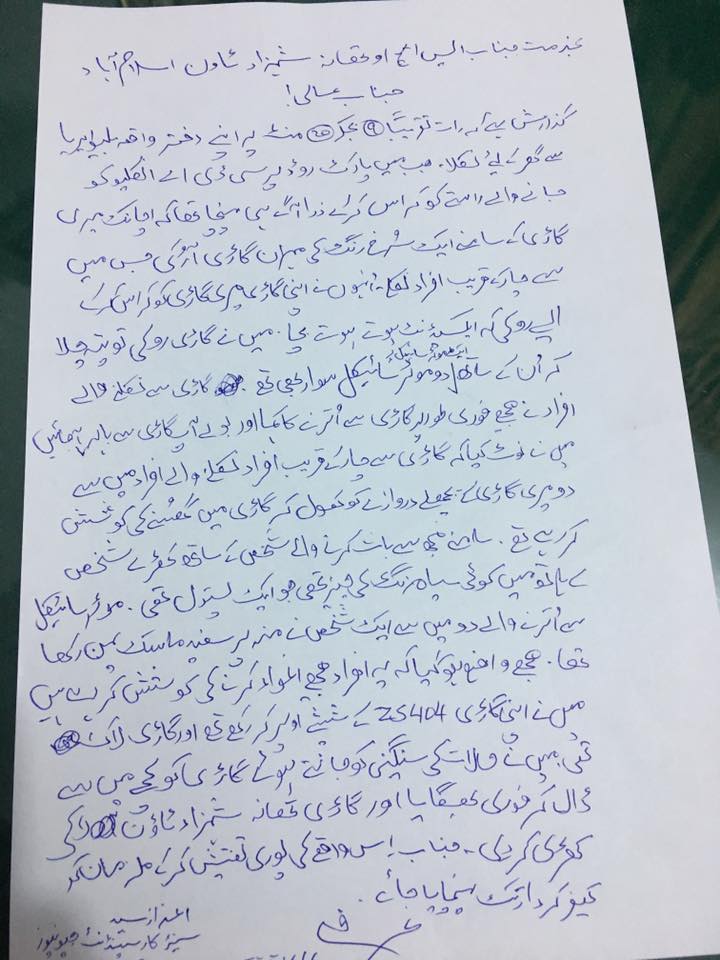