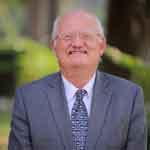 March 3, 2021 marks the 200th anniversary of the birth of Charles W Forman, founder of Forman Christian College (A Chartered University) in Lahore.

Born in the frontier state of Kentucky in 1821, he later attended Princeton University before joining the Presbyterian Foreign Mission Board. This in turn paved the way for his departure to the Indian port city then known as Calcutta in 1847 at the age of twenty-six. Two years later he reached Lahore, the place where he would spend most of the rest of his life.

Embodying the phrase ‘missionary zeal’, Forman let nothing stand in the way of his education-focused mission. Rather than charge fees, he paid his first few students one paisa a day to meet for lessons under a tree outside the Old City. Only later was he able to hold classes in a ‘real’ school building.

Decades later, the university he founded has left its mark, perhaps most notably in an alumni list that includes two presidents of Pakistan, two prime ministers of India and the founders of Centers for Scientific and Industrial Research in both Pakistan and India. Chief Justice Sir Abdul Rashid who administered the oath of office to Quaid-e-Azam as the first governor-general of an independent Pakistan was also a Forman graduate.

Forman faculty have also left their mark including scientist Arthur Compton who was awarded the Nobel Prize for Physics and author Wilfred Cantwell Smith who later founded Religious Studies Departments at Dalhousie, McGill and Harvard.

The last two decades have witnessed a renewal of Forman and its mission following de-nationalization in the early 2000s. It has also emerged as home to what is arguably the most diverse university campus in Pakistan with a faculty and student body that reflects every faith, ethnic community, geographic region and socio-economic class of the country.

Graduates of all faiths have risen to high ranks in the civil service, education, business, military, journalism and other fields. And these successes don't’ belong only to the past. The first Sikh officer in the Pakistan Army is a Forman graduate, as is the youngest member of the recently elected Gilgit-Baltistan Assembly, having earned his BA degree in Political Science at Forman.

As ‘Old Formanite’ Roedad Khan, a leading member of the Pakistan Civil Service at both the federal and provincial levels, wrote in his memoirs, looking back at his time at Forman during the 1940s and affirming the importance of diversity throughout Forman's history: “I was fortunate in being exposed to such a talented group of students, belonging to different walks of life, and with a variety of backgrounds.”

Walking the Forman campus each day, I am reminded of Forman's legacy when I see its diverse student population and when I look towards buildings named after the committed individuals who helped make this university possible: Armacost, Ewing, Newton, Sinclair, Velte, and many others.

I am also reminded of Forman when I enter my office and look towards his large-framed portrait, placed next to the one of Quaid-e-Azam, founder of Pakistan. Forman's features, etched starkly in black and bronze, look formidable enough, dominated as they are by an impressive beard that was one of the hallmarks of his public persona.

Intriguingly, in this portrait he looks uncannily like Sir Syed Ahmed Khan, another giant of nineteenth century education in British India, also known for his long and flowing beard. Born four years before Forman and dying four years afterwards, Sir Syed Ahmed Khan is best known as the founder of the Muhammadan Anglo-Oriental College in Aligrah, later named as the Aligarh Muslim University (established in 1875), just as Charles W Forman is best known as the founder of Forman Christian College in Lahore (established in 1864).

As far as I know, the two educators never met. However, both were committed to a life inspired by faith and centered on education, in one case animated by Christian beliefs, in the other rooted in Islam.

Those observing both educational giants noticed this depth of commitment, with the then lieutenant governor of Punjab publicly praising Forman in 1881 for his "self-denying life" as well as "modesty of character". He also added that Forman "does not work for praise from man; he has worked from higher motives". In doing so, Forman significantly shaped the future of education in Punjab.

Of course, both Forman and Sir Syed Ahmed Khan were creatures of their time, choosing to ‘make their peace’ with the British authorities then ruling the Subcontinent. Foregoing politics, they were instead committed to pursuing another goal: educating the next generation, ensuring that they would be mentally fit and spiritually prepared to contribute to the society in which they lived as well as the world of which they were a part.

Service was also a central part of Forman's educational vision throughout the decades that he spent in Punjab, surviving to this day as perhaps the most enduring aspect of his legacy in terms of the impact that it has had on others.

For Charles W Forman, his calling in life was to contribute towards the education of young people, shaping, preparing and nourishing them in ways that would highlight learning, emphasize service and promote respect for others. Or, as the motto of the institution that he founded in 1864 explicitly affirms to this day: "By love serve one another".

The writer was inaugurated as the new rector of Forman Christian College in November 2020. Born and raised in Pakistan, he has a high school diploma from Murree Christian School; a BS from

Northwestern University; and an MA and PhD from Tufts University.