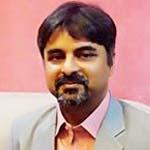 We’ll come to the wheat crisis a little later. Let’s start from where it all began – a hope inspired by a promise. The first half of the year 2018 is not a distant past.

As political parties do when in election mode, the PTI was also selling its manifesto to its prospective voters. But those were not ordinary promises. Imran Khan’s first televised speech after the PTI came out as the majority party in the general elections left a huge impact.

That was a time, though brief, when it seemed to some that things would change for the better with assurances of across-the-board accountability, unprecedented austerity measures, a revived economy, and political stability Pakistan had desired from day one. Even Imran’s critics believed in him for a minute. Their stance was: let’s give him a chance. But that stance changed as quickly as it was adopted.

One after the other, the economic and political crises dashed hopes. To people’s utter shock, even PTI voters, it all came down like a house of cards within months.

It was not a good start, more notably in economic terms. The delay in going to the IMF caused by the indecision of the government’s economic team made matters even worse. The tone was set. The gradual but continuous raise in electricity and gas tariffs came at a time of high inflation, directly affecting the common person. Prices of essential commodities soared overnight. People started feeling the first shocks of the impending hardships.

About one and a half years down the road, the government is still looking for ways to bring in a semblance of normalcy on the economic and political landscape of the country.

Experts think that the wheat crisis was writing on the wall – in a big font. But the government chose to look the other way while hoarders and profiteers laid out their plans to make money. Will there be a probe into what led to the wheat crisis? Will those who were responsible to prevent it from happening be taken to task? Quite unlikely, if the government’s track record is any guide.

Even the voters are perplexed. Is the government inefficient, unprepared, directionless or all three? While we remain focused on the wheat crisis, another very important issue has been brushed under the carpet – an industrial policy, in fact absence of a comprehensive industrial policy. It would not be an exaggeration to say that a timely and dynamic industrial policy would have set many things right for our ailing economy.

As the basic aim of an industrial policy is to give a plan to increase production, the absence of a policy will certainly affect prospects of economic growth.

As things stand, Adviser to the Prime Minister on Commerce, Textile, Industry and Production and Investment Abdul Razak Dawood has not been able to assuage the concerns of the industrial sector. While he claims that there is economic stabilisation in Pakistan, the country has still not seen economic growth.

There is no disagreeing with him that the challenge for Pakistan should be to change from an import-oriented economy to a country with considerable exports. But this will remain wishful thinking if not backed up by a robust industrial policy that takes into account local factors and concerns of the stakeholders. The sooner the better.

While Dawood has recently said that we must be able to have at least seven percent GDP rate for the next many years, is there a policy and a commitment in place that will make that possible? What prevents the government from announcing the much-needed policy? Do they have one?

A Pakistan Business Council working paper brought out in 2018, ‘Contours of New Industrial Policy’, says, “Pakistan needs a fresh industrial policy to promote employment, value-added exports and import substitution. The aim should be to reverse the trend of deindustrialisation.”

According to the PBC, Pakistan is deindustrialising and the role of manufacturing in the economy has declined. Understandably, its rate of growth lags behind India, Bangladesh and Sri Lanka. As a result, Pakistan has lost share of world exports over the last decade and a half, whilst Bangladesh’s share doubled and Vietnam’s grew seven-fold in the same time period.

The statistics on the manufacturing sector are eye-opening. The PBC has pointed out that Pakistan’s manufacturing decreased from 17.5 percent of the GP in 2005 to 12.1 percent of the GP in 2018. The tariff policy is one of the bottlenecks. A policy that does not differentiate between raw materials, intermediate goods and finished products has resulted in rapid growth of imports, often failing to leave a positive impact that trade agreements could bring due to cheaper raw materials. On top of it, high input costs make us uncompetitive. No wonder then that Pakistan is not integrated well into global value chains.

All this at a time when, according to experts, the country needs to generate 2-3 million jobs for the youth who reach the age of employment every year and for the 5-6 million currently unemployed.

In simple terms, if manufacturing is increased and diversified, Pakistan’s share of world export grows, and if structural reforms are undertaken, our industrial sector can begin to make the difference in our dwindling economy.

But first things first: wheat is the basic ingredient in our diet. The wheat crisis has already spilled over to other commodities. Hoarders seem to be pulling up their socks. Is anybody listening? The promises have been long forgotten.

The writer is assistant editor, The News on Sunday.