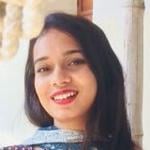 KARACHI: Soon to be sworn in, model-turned-politician Abbas Jafri has vowed to focus on civic issues rather than only fashion. The Pakistan Tehreek-e-Insaf’s (PTI) Jafri won the provincial assembly constituency PS-125 (Central-III), which has remained a Muttahida Qaumi Movement (MQM) stronghold.

Jafri told The News that he would not be addressing the people’s concerns if he were to prioritise the fashion industry over his constituency. “You can’t teach fashion to people who are deprived of potable water and a proper sewerage system.”

Pointing out that even mosques in PS-125 lack water for ablution, he vowed to first work towards providing the basic facilities to the locals before making fashion accessible to them.

With 30,687 votes, he defeated the MQM’s Abdul Haseeb (26,818) in the party’s home ground Azizabad, well-known for the Muttahida’s headquarters Nine Zero. The locals recognise Jafri for his humanitarian work, which was one of the contributing factors for the immense support he garnered during electioneering.

“Water and sewerage are locality-based responsibilities,” he said. “Garbage disposal should be punctual. Despite four counsellors running under one authorising body, the relevant people aren’t properly informed of their duties.”

Prior to winning the election, Jafri was already the senior vice-president for the PTI’s District Central wing. While he has spoken of forming a state-run Pakistan Fashion Council to promote local fashion trends globally, he also wishes to promote local culture and handicrafts.

Referring to PTI chief Imran Khan’s mission to promote work within lower and middle classes so revenue flows down to the root of the workforce, Jafri said: “I want to help this cause by providing work to lower-class citizens of rural areas and promote their crafts internationally.”

He said that throughout his door-to-door election campaign, the major concerns that the people shared were street crime, lack of locals in the police force, inactive hospitals and unpredictable law and order situations.

“We need sufficient local police bodies who can understand the civic dynamics of the city, contrary to personnel stationed from distant cities such as Umerkot, Khairpur or Dadu,” he said, adding that many of the hospitals in his constituency barely have any doctors, and if they do, they are not competent enough.

Referring to the transformation of the education system in Khyber Pakhtunkhwa, where the people now prefer public schools to private institutions, Jafri stressed that Karachi needs a similar overhaul.

When asked about his connection to the constituency, he said he spent his early days in the locality and a large part of his family still resides there. “I’m from a middle-class family and have been brought up in the same streets of Karachi from where I contested the polls.”

He said he has faced the same issues that the locals are currently braving. “Keeping all this in mind, we have devised strategies and our decision-making and teamwork will not require us to inspect the constituency frequently.”

Jafri said the Pakistan Peoples Party’s attempt to govern Sindh has already exhibited “visible damage due to their inept measures, so we’ll try our best to fix all of that”.

“When a government is formed, people expect their MNAs and MPAs to be responsible for everything in their jurisdictions,” he said, adding that their plans will come into effect in some time, but their directives have been planned for immediate effect.

Jafri said he would give back to the fashion fraternity because it is their love and support that has gotten him to this platform. “I am still a fashion ambassador and will ensure that both my professions receive adequate attention.”