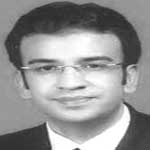 Challenge for the PML-N

The impending decision on the Panama leaks dominates the political spectrum these days. It is not difficult to feel the disquiet and anxiety in the power circles.

The PML-N government is in its fourth year and we are inching towards a heated election campaign, which has somewhat started in an unorthodox fashion. The PML-N would have looked pretty if the Panama leaks had not stirred up a new debate. The perceptive value has now changed – at least for the federal government.

Undoubtedly, with the 2018 elections approaching, it is going to get tough for the PML-N to contest the polls if the Panama decision has a lasting impact. Even if the questions are of moral legitimacy, it is going to be enough for the opposition to capitalise on the PML-N’s popularity base. The incumbency factor – which hasn’t hit the government so far – may play a role in the last few months of this government’s tenure.

It will be wrong to compare the 2018 elections with the 2013 elections. In 2013, the PML-N had a solid advantage. First, the party had no political baggage. Second, the Shahbaz Sharif-led Punjab government had performed well and managed to stitch together a good election campaign. After the PTI’s historic display of power on October 30, 2011, the PML-N felt a sense of competition and managed to gain back its losing ground as the 2013 general elections drew closer.

Barring its not-so-right priorities, the PML-N-led government in Punjab had no transparency issues in projects and initiatives. The chief minister not only delivered on his promises but also created a renewed brand name for himself and for the PML-N. Mian Nawaz Sharif had a success story to showcase in the 2013 elections as a string of development projects made the PML-N popular – at least ostensibly.

Today’s PML-N will have to deal with a number of thorny issues before the elections in 2018. The PML-N-led federal government hasn’t worked to the potential that it claims to have. There are questions about the performance of the core ministries. The federal government has not conducted even a single performance audit of the core ministries over the last four years. As a result, their performance has been sluggish and erratic.

The water and power ministry hasn’t done a great deal of work. Although power generation has been achieved, there is no guarantee whether the transmission issues will be resolved before the 2018 elections. While there are no transparency issues in these projects, their efficiency remains a key question. For example, work on the Sahiwal Coal Power Project would not have started had the Punjab chief minister not pursued the matter. Progress would not have been made on the project if had been solely left to the water and power ministry.

The interior ministry, one of the core ministries, does not enjoy a cordial working relationship with two of the provinces. Progress on NAP has become a point-scoring endeavour between the interior ministry, the provinces and the GHQ. Likewise, the minister for railways claims to have turned around the operation of the Pakistan Railways. But the recent railway accidents do pose questions about the nature of these reforms and the level of responsibility shown towards the initiative.

For the 2018 elections, the PML-N will, once again, be mainly relying on the performance of the Punjab government. The election will be yet another test of ‘Punjab Speed’ which the Punjab CM is known for. There are a number of development projects which have been announced and initiated in the last few months and the PML-N is desperately trying to showcase Prime Minister Nawaz Sharif as the winning brand.

However, it will not be easy to woo voters all over again in 2018. Despite the success of the development projects, the unpleasant baggage of the Model Town tragedy and the likely verdict on the Panama case may prove to be daunting challenge for the PML-N in the next elections.

The writer works for Geo News.