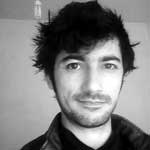 Another shot in the arm

Persuasion has its limits. This was amply demonstrated in the final interview of the former director of United Nations Development Programme (UNDP) for Pakistan, Marc-André Franche, who like many before him, eventually seemed to have lost the optimism that is usually the hallmark of all ‘development’ rhetoric.

But unlike his predecessors, he made his frustration public. Not long ago, the current UN resident coordinator in Pakistan also flagged his concerns about the dreadful state of affairs that characterise public health and its devastating socio-economic consequences on the country. For once, they have everybody talking, at least for now.

Things being as they are, do we really need men from another world to slap sense into us and tell us how miserable we are? A poverty rate of 40 percent coupled with 44 percent chronic child malnutrition (highest in the world), not to mention our stone-age literacy standards, should send shockwaves down the collective conscience of a civilised society.

Rest assured, such statistics of doom and gloom have been thrown around for decades to stir governments into action. There is a whole sea of NGOs and research institutes out there along with government departments that collect and dispense data on a wide assortment of social issues and ongoing development programmes. Countless seminars, workshops and coordination meetings are routinely conducted by various UN agencies involving government dignitaries and concerned line department officials.

Some of the content generated through such ‘deliberation’ finds its way in national planning documents such as Vision 2025 as an acknowledgement of the ‘unprecedented challenges’ facing the nation, only to be ridiculed later by an absolute disregard from the very public officials who are supposed to lead the way in materialising their cherished vision.

True to form, the seriousness of the government in upholding those grandiose virtues of liberté has been pretty evident in the way it continues to play hide and seek on national matters of accountability. Only recently the federal minister for planning and development patently declared that CPEC details cannot be made public. If anything, that amounts to blind-folding the national vision.

In their seminal work in institutional economics, titled ‘Why nations fail’, Daron Acemoglu and James Robinson put together a heap of evidence to suggest that all economic misfortune is the result of extractive institutions implanted by a parasitic political elite that relentlessly seeks to perpetuate its hold on power. It doesn’t take a PhD in Economics to figure out the rot that afflicts economic development in Pakistan.

Millions of disillusioned ordinary folk find themselves excluded from the power structures of a polarised society. How do you explain the adversity of a country one of whose prime ministers in a 2012 live interview before a global audience callously admonished his people to leave the country if they didn’t feel satisfied with his governance.

Sixty-nine years into its lame existence, the vicious cycle of petty political squabbles, vile intrigues and self-consolatory blame game continues to defy good sense in this land of the pure. From the first military takeover to the cessation of East Pakistan and the horrors of our time, the adage ‘our country is passing through a critical phase’ has been utterly sapped of its meaning and consequence by various generations of rulers.

But fate may eventually catch up to strike the decisive blow. While we are indulged in a mindless bickering over the Karachi mayhem, the Panama claptrap and another round of maniacal dharnas, existential threats loom large in the distance. Never mind Isis and others folks blowing stuff up , by 2025 Pakistan is to become a ‘water scarce’ country, signalling dire consequences for agriculture and an already alarming condition of food security. And as icing on the cake, every year Pakistan adds the equivalent of one New Zealand to its population, further strangling a fast depleting resource base.

On top of that, an estimated 1.7 million job seekers enter the labour market annually, which requires a highly improbable GDP growth rate of 7 percent to absorb the influx of job seekers in the coming years. With Donald Trump running wild and Europe in the grip of re-invigorated Islamophobia, remittances are gradually drying up – which would inevitably shatter a fragile macro-economic balance that is propped up by a delicate patchwork of loans and grants.

Make no mistake about it; the country is surely passing through a critical stage. Till we get another shot in the arm or an egg in the face or both at once from a foreign friend, we continue on.

The writer is a postgrad student of economics at the University of Bonn.