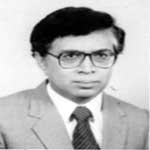 Death of a bookstore

Shaheen Books, a University Road bookshop of Peshawar closed its business on August 31, 2016. To get rid of its stock, it had offered a 50 percent price reduction.

This is a big blow to the book-selling business in Peshawar. Peshawar was not famous for its book sellers the way Lahore was and is, with the Urdu Bazaar and many publishing houses established before Partition. Peshawar city had a central library in the Municipal Corporation building, and a large number of reading rooms located in many areas of Peshawar. Newspapers were available in these reading rooms.

The reading rooms in Qissa Khawani and Asya Park are no more. One reading room in Chowk Fawara Cantt is still managed by the Cantontment Board, Peshawar. There were foreign information centres in Peshawar. The US Information Services (USIS), commonly known as the American Centre, was first located in a building on GT Road in front of Qilla Bala Hisar. Later, it was shifted to Arbab Road, Peshawar Cantt and had a beautiful library. It was later on moved to University Town Peshawar, before being finally closed down.

The Qissa Khawani Bazaar had many shops that sold school textbooks and religious books. These shops include Idaara-e-Ishat-e-Sarhad, Latif Brothers, and Sarhad Book Agency. Azmat Brothers was located at Chowk Yadgar. Currently, University Book Agency is the only big book store located in Khyber Bazar which meets the needs of the people in Peshawar who want to buy Urdu books.

Religious books are printed in Mohallah Jangi near Qissa Khawani Bazar and were largely sold in Pakistan and Afghanistan during the Afghan jihad period. In Peshawar Cantt, the London Book Agency was established before Partition and still serves the people. Ferozsons was the biggest book store in Peshawar Cantt; it was later shut down.

The M J bookstore located at Arbab Road also closed its business a decade back. Saeed Book Bank was a big book shop on Arbab Road and was later shifted to Jinnah Super Market, Islamabad; it is now the biggest book store of the capital.

Shaheen Books was owned by Mustafa Kamal who is himself a book lover and also writes articles for Urdu newspapers. He is the son of Master Khan Gul who was a famous political figure. Master Khan Gul established the Manzoor-e-Aam Kutab Khana in Kabuli Bazar in 1945. He was active in the Khaksar movement and later joined the Awami League.

Master Khan Gul also started an Urdu daily newspaper ‘Bang-e-Haram’ from Peshawar and also set up the Shaheen Printing Press in Mohallah Jangi. Famous literary figures such as Ajmal Khattak and Qalandar Momand were its editors. After the death of Master Khan Gul in 1976, his son took over the business.

Peshawar’s population has grown manifold. People’s purchasing power has increased. The food business is flourishing; you cannot find an empty seat on weekends in a restaurant but the business of books is on the decline. With all of Peshawar’s public and private universities, colleges, and schools, it is a shame that the city does not have a system of public libraries and bookshops.

The writer is a Peshawar-based academic.