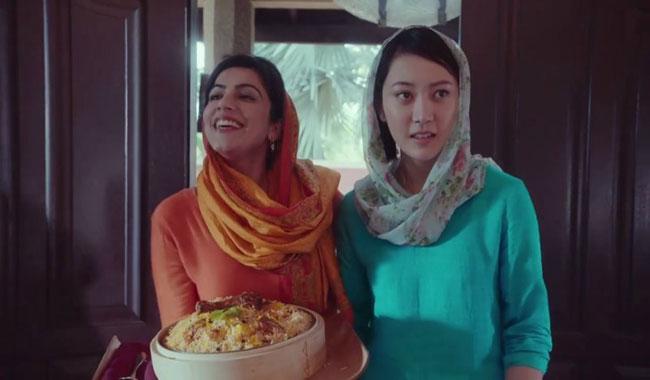 KARACHI: A Pakistani food company has recently released a commercial which is an instant hit on social media these days.

This interesting ad showed a Chinese couple, who has been shifted in a Pakistani city of Lahore but found it difficult to make friends there due to various barriers like language and food.

However, the wife learns about a recipe of a special Pakistani dish – biryani – from a food company, Shan Foods.

She decides to try this dish with the help of a insant masala, manufactured by the  company and prepared a delicious biryani.

Then she introduces herself to their next door Pakistani lady with a plate of biryani and her neighbourer was happy to taste it.

This is how the Chinese lady won the hearts of her neighbor.

The ad shows how people can be made friends just through food.

The ad has become an instant hit on face book and twitter and it shows that advertising can play an important role in bringing two nations together.

Kate Middleton feeling 'trapped' and 'suffocated' with her royal duties