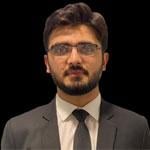 Afghan refugees: what does the law say?

With the near completion of withdrawal of Nato troops from Afghanistan and the prospects of a civil war looming again over the unfortunate land, yet another refugee crisis seems imminent.

If this happens, Pakistan will face the biggest brunt of it as before. The federal interior minister has made a statement that Pakistan will not open up its borders to Afghan refugees and, even if it has to, due to the deterioration in the situation, the refugees will be kept confined to settlements around the border with strict control and monitoring. Here it is important to examine both these claims for their legality and practicality.

To date, Pakistan has failed to specifically legislate on the question of refugees and there is no particular statute to guide us on this question. It is therefore necessary to turn towards international sources of law on this question. The 1951 Refugee Convention and the 1967 Protocol are the most widely accepted sources of law on the refugee question, with around 150 signatories. The 1951 Convention is based on Article 14 of the UDHR, to which Pakistan is a signatory, and which states that “everyone has the right to seek and to enjoy in other countries asylum from persecution”.

Pakistan is not a signatory to either the 1951 Convention or the 1967 Protocol. But both these instruments are widely accepted and followed by the international community. In international law, wide acceptance could be seen to have given them the status of customary international law, which is applicable to every state.

The foremost right guaranteed to refugees under the 1951 Convention is based on the principle of non-refoulement. It is the most important right because all other rights of refugees are dependent on it and flow from it. The non-refoulement principle as contained in Article 33(1) of the convention prohibits states from forcefully expelling refugees “in any manner whatsoever to the borders of a territory where their life and freedom might be under threat on account of their religion, race, or political views.” The words “any manner” imply that this article does not only include prohibition against expulsion from the state’s territory but also the refusal to allow the entry of the refugees at its border when their life is clearly at risk. Similarly, the declaration by the Organization of Islamic Countries in 2012 stated that “voluntary repatriation remains the most preferable solution to refugee situations”, implying the prohibition of forced refoulement by the host states.

Moreover, there is a close link between the refugee law and the International Human Rights Law (IHRL) as the states of origin of the refugees fail to provide the necessary protection to their lives and their other basic human rights. Also, the International Humanitarian Law (IHL) is invoked when the reason behind the fear of persecution or threat to safety is an armed conflict. As both conditions simultaneously exist in the context of Afghan refugees, they have doubtlessly a strong case in the international legal arena against expulsion from Pakistan as well as against refusal to be allowed entry into Pakistan.

It is important to note here that such a strong public and political conviction against allowing entry to Afghan refugees in Pakistan is based on the negative propaganda against them which became fiercely strong post 9/11; its roots, though, lie in the Shigri report which came out in 1998. The report termed Afghan refugees as illegal immigrants due to their prolonged stay in the country. They were also portrayed as an economic and security threat on the basis of isolated incidents of their involvement in terrorist activities and drug peddling. However, according to a 2018 report by the Law and Justice Commission of Pakistan, the incarceration rate of Afghan refugees (six per 100,000) is much less than that of Pakistani nationals themselves (41 per 100,000). Moreover, they have been, in fact, contributing hundreds of millions of dollars to Pakistan’s economy through their engagement in the informal labour sector such as in the carpet industry.

According to figures provided by the Pakistan Carpet Manufacturers and Exporters Association (PCMEA), the export of carpets saw a massive decline from $320 million to $120 million, as a result of the repatriation of a large number of Afghan refugees, who were skilled weavers, in the early 2000s. In short, these stereotypes about the refugee population, held by most of the public due to government propaganda, are largely misplaced, for there is no convincing evidence to suggest that refugees as a general group are a security threat for Pakistan or an economic burden on its economy.

Moving on, confining refugees to refugee camps only adds to their misery as the conditions in these camps are inhumane and degrading. Poor sanitation facilities with very little to no access to basic amenities such as clean water and electricity are a common phenomenon. However, this is not a developing country only phenomenon. Refugee camps all around the world are notorious for inhumane conditions, including those in the ‘advanced’ West. For instance, a 2018 report by Amnesty International UK found out that the refugee camps in France had no regular access to food, water, sanitation, shelter or legal assistance. Moreover, the refugees are regularly subjected to evictions, violence and harassment on the part of the French government authorities. The traumatic experiences in these camps leave a long-lasting psychological imprint on the refugees.

The Afghan refugee camps established in the 1980s failed to contain them. These refugees, who were initially intended to be kept confined to the boundaries of those camps, could be found all across the country, with around quarter of a million in Karachi alone. The point is that security-based solutions always lead to unnecessary misery for the people who are at the receiving end of these policies.

Therefore, if and when the time comes, it is the duty of the international community, the UN and the Pakistani state to provide dignified conditions to Afghan refugees, inhabitants of an unfortunate land which has seen no peace for decades. Condemning them to inhumane conditions in refugee camps will be a betrayal of humanity. To live in peace and security, away from their homes, is the least the world owes to them for tearing their land apart in furtherance of the great games of world powers.

The writer is a final year law student at Lahore University of Management Sciences. He is currently working as a trainee with Dignity Law Chambers.