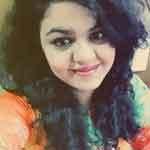 A home of our own

Almost every other political party in Pakistan forgets that a democratic government is responsible for meeting people’s needs – and not for handing over state-owned land to private enterprises – both foreign and local. Whatever mess we’re witnessing in our country is largely due to the shameless tilt of the political parties to neoliberalism.

At present, a wave of privatisation has engulfed almost the entire world. Governments hardly think twice before handing over state institutions to powerful individuals. In Pakistan, initially, many people celebrated all things private. Our heavily distorted history – carefully taught at schools – has successfully planted the idea in our minds that the lesser government control/influence, the better. Everyone saw the private sector as an escape from the needlessly tiring bureaucratic hurdles. ‘Hardworking’ owners of private companies became our assumed saviours. This allowed the government to quickly adopt a user-pays system that resulted in helping the rich claim all the basic necessities of life.

Political parties in Pakistan ‘struggle’ a lot to get elected. This is why it is amusing to witness that after coming to power, these parties are so quick to reducing government influence. Private companies always jump in to take the control off the government’s hands.

From healthcare and education to electricity and water, everything comes with a price. The quality of these services (which, by the way, must have been free or available at nominal prices) varies and depends on a consumer’s ability to pay for them. So, if you have enough money to turn on the air conditioner during summer, you can do so. If you have money to buy water, you can have water every week. If you have money – and if the land where you’re planning to build your home isn’t sold to a private enterprise or isn’t earmarked for the construction of a highway or isn’t designated for a dedicated project funded by foreign institutions – you can own a house.

We now have gated residential societies, owned and managed by privately run companies, that sell the ‘makaan’ to people.

Stealing people’s land to create a profitable business is nothing new. If we have read at least a single page of our pre-Partition history, we would know that rights movements initially fought against the British Raj to reclaim their land. In the early 1900s, the historic farmers’ movement protested against the then government’s newly introduced land laws. In one of the meetings held to oppose the law, the poem Pagdi Sambhal Jatta (take care of your turban) was read, encouraging farmers to fight for their land.

It can only be hoped that we would live to see a day when we can openly talk about the events that are happening now. When we wouldn’t have to tone down our outrage or act as if nothing is happening. It’s so hard to pretend that a huge crane isn’t demolishing people’s homes near a nullah.

And for how long will we pretend? The helpless, the displaced, the wounded, and the fighters will speak. The pink-coloured wall with a flower-shaped wall décor will haunt those who deprived a young girl of her space. The partially broken wall that still has the glittery polystyrene (commonly known as thermocol) decoration items on it will continue to remind us of the couple who lost the house where they promised each other a lifetime of happiness.

Whatever laws you introduce and whatever financial utopia you paint to justify stealing, the land will remain loyal to its rightful owner – we saw it in the past, we are seeing it in the present (the people of Palestine and Kashmir, for example, are fighting all levels of fascism to reclaim their land), and we will definitely see it in the future.

In the meanwhile, here’s a reminder: the ‘makaan’ in ‘roti, kapra aur makaan’ refers to people’s homes – the people who elect governments.

The writer is an assistant editor at The News