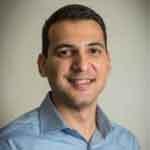 Last month, the PTI marked its 25th foundation day. It is a significant milestone, a silver jubilee; yet, there’s little to celebrate.

At a time when it was probably needed the most, the PTI as an organization is virtually non-existent. It seems like the only active officials are the elected MNAs, MPAs and a select few staff members.

Gone is the hustle and bustle of old in the local offices; the women and student wings have fallen quiet. The professionals’ forums and policy wings seem like they never existed. The PTI’s international chapters – the source of critical party funds – have long ceased fundraising activities.

We conducted our first intra-party elections in 2012 with much fanfare. These were the very symbols of grassroots democratization that set us apart from the rest. They were the PTI’s main weapon in its foremost mission: ending elite-capture of Pakistani politics.

These elections were also the foundation for governance within PTI. Elected officials at local bodies would elect provincial and national party officers who in turn would decide who got party tickets.

Those first intra-party elections were probably also the party’s last. This democratic revolution was too much for the likes of Jahangir Tareen and other ‘electables’ who parachuted into the party in 2011, when joining it seemed like a good investment.

Whereas secretaries-general of political parties are mandated to strengthen party organization and provide a level playing field for party officials at all levels of party structure, the exact opposite was done with the PTI. Methodically, all organizational structures of the party were uprooted and all party functions came to vest in one person’s hands, and those of his supporters.

Fast forward to 2021, the chickens have come home to roost. Jahangir’s role in the PTI government’s first sugar crisis is public knowledge. Failing to recoup his financial investment in Imran – remember the rides on his private jet; they weren’t free – he is now threatening to pull support of some 40 MNAs and MPAs that he brought to the PTI.

In other spheres of performance, the electables have left the party no different than other traditional parties. Imagine if we could travel back in time to the Musharraf-era and tell Imran his future cabinet would comprise half the same people in the dictator’s cabinet. Imagine if we could go back to the Zardari presidency and tell Imran that Firdous Ashiq Awan would be his government’s spokeswoman.

I’m sure the Imran of that time would break into his broad shy smile and ask us to stop the bad jokes. Remember the terse yet humorous exchange with Sheikh Rasheed on Hamid Mir’s show in 2005? He had prayed he would not become a ‘successful’ politician like Sheikh who had no qualms selling his loyalty. The same Sheikh Rasheed ended up with the same portfolio in the PTI government.

The tradition of handing ministries to people least qualified for the job continues with the PTI government. Vital ministries of strategic national importance have been changing hands between personnel with no requisite qualifications for the job. The country’s finance and economic portfolios are being given to the same people who got us into the current mess with the expectation that somehow we’ll get different results.

At a social level, journalists continued to be kidnapped. Instead of truth and reconciliation, we jumped on the traditional approach of branding elected officials from war torn and underdeveloped parts of the country as enemy agents.

The party named Movement for Justice, when in power, filed a dubious reference against a Supreme Court judge only to see it quashed by the highest court. The party that organized a sit-in for 126 days against electoral fraud was accused of attempted rigging in Daska. Such has the reputation of the PTI become – and the PM’s with it – that recent accusations by the former FIA director are gaining serious traction in the public’s imagination.

Grassroots democratization through local bodies isn’t even a party objective anymore. On this account, we have successfully gone to the extreme opposite. There are currently no local bodies in the country; a state of affairs worse than our last dictator’s regime and the two civilian governments after it.

Elected local body officials have in fact taken the PTI’s government to court seeking reinstatement of their positions; a state of affairs ideological supporters like me could never have imagined when we dreamt of a Pakistan with Imran in power.

The writer is a member of the PTI and a former Union Council vice-president of the party in Rawalpindi.