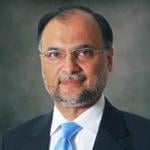 Search for a political settlement

Three years ago – on May 6, 2018 – I barely survived an assassination attempt on my life as the interior minister of the country. Although my bullet wounds have healed in the past three years, the wounds inflicted on Pakistan by hate and violence-based politics and the resultant disorder of recent decades are so deep that they are not likely to heal anytime soon, unless we as a state and society proactively do course correction.

Political, social and economic crises are symptoms of the underlying problem – the weakening of the social contract between the state and society in Pakistan. Whenever the state fails to dispense its promised duties and responsibilities and compromises its impartiality and political neutrality, it opens up room for disgruntled elements and Pakistan’s adversaries to exploit our fault lines.

We as a country need serious introspection. The capability of any state revolves around four elements: 1) politics; 2) economy; 3) culture; and 4) military. Social scientists across the political spectrum (leftists, rightists, liberals and conservatives) tend to agree that political capability is the operational capability of the state, and its decline would undermine the effectiveness of economic, cultural and militaristic abilities.

Recently, the COAS talked about the significance of putting our “house in order”. The PML-N wants the ‘house in order’ more than anyone else – in fact, the party and its leader had previously received a lot of heat by taking a lead on it – but the real issue is: how does one define the scope of a ‘house in order’?

In a nutshell, a ‘house in order’ in Pakistan mandates a twenty-first century ‘political settlement’ – configuring how power is going to be exercised by organizations and political actors within the institutional framework of the state. Leading political economists of the world have explained at length that the socio-economic development of a state is directly tied to the quality of the political settlement.

States that have been effective in producing a political settlement in line with de jure and de facto power of socio-economic actors and institutions are more likely to achieve sustainable economic development. In Pakistan, we have been unable to create that balanced political settlement in the past seven decades. Instead, we have a sharp divide between de jure and de facto power centers; as a result, the only constant thing we have been able to achieve is political and economic instability. In other words, Pakistan’s socio-economic troubles are tied to our failure to dispense an effective and sustainable ‘political settlement’.

In this article, I would like to point out three key aspects of political settlement that every political party and state institution must staunchly adhere to.

One, key state institutions must practise complete political impartiality and neutrality as envisaged in the constitution, and stop manipulating the political process for ‘positive outcomes’. The nation has so far harvested only negative outcomes from each ‘positive outcome’ intervention. Our state institutions are assets of the nation not of any person, group or party. Similarly, political parties must only rely on their public and moral support among the polity and should avoid any shortcuts to power corridors. In other words, the ‘house in order’ mandates organic development of the political sphere.

Two, monopoly over violence should be the sole domain of state institutions which can only derive it from the constitution and laws of the land. Thus, non-state actors should not be allowed to exercise violence to achieve their political goals. A concerted effort by all stakeholders to counter violent extremism is needed. Similarly, state institutions must strictly follow due process when they use coercive force. There should not be any exceptions for any political expediency reasons.

As a country, we cannot correct course unless we admit our mistakes of the past – when the state and some political parties played an irresponsible role for political expediency. This can’t happen without an honest dialogue in the country. Recent events have shown how vulnerable we have become as a state. Implementation of the National Action Plan (NAP) and the National Internal Security Policy (NISP) 2018-2023 in letter and spirit would be the pertinent point of departure. But we cannot stop there. One of the root causes of the socio-political and economic mess in Pakistan is tied to state policies. Pakistan’s economic development, social cohesion and fight against violent extremism are connected to the state’s own conduct in the political sphere.

Third, economic development should be a top priority. Political parties, civil society and the media need to expand their scope and incorporate debate which generates substantive policy discussions on economic and development issues. Pakistan needs to achieve rapid economic growth, fairer and equitable distribution of resources and mass scale employment for our young people in the wake of new global challenges. This is not possible when the government or any of its institutions use the excuse of ‘accountability’ to selectively target political opponents.

Imran Khan emerged in the backdrop of the lawyers’ movement, which gave people a hope to finally see supremacy of the constitution in the country. Through him a shallow narrative of ‘corruption’ as the root cause of all ills in Pakistan was popularized. Imran’s narrative put all the blame on the political sphere and absolved state-elites from any past mistakes. It is important to mention here that every dictator has used the narrative of corruption to impose martial law.

Social scientists and economists have long explained ‘corruption’ as ‘leakage’ or ‘rent-seeking’ rather than the ultimate problem that hinders economic development of a country. In other words, ‘corruption’ is an issue not the issue of Pakistan. If corruption was the core issue that hindered our economic development, then how come Bangladesh and India with higher levels of corruption than us are doing better than Pakistan? The lack of effective ‘political settlement’ is what has hindered Pakistan’s political and economic development and needs to be addressed. Further, Khan’s narrative thrives on polarizing the nation, whereas our pressing situation demands that we unite and heal the nation.

The ‘house in order’ project is not possible with the more-of-the-same approach of artificial solutions. It only makes things worse. Despite challenges, 11,000 MW power was installed, 2,000 kms motorways were constructed, $29 billion CPEC investment was harnessed and the ‘war against terror’ was won in four years from 2014-18. But due to the sheer incompetence of the current government, the progress made during 2014-18 stands derailed.

State elites must acknowledge the sensitivity of the crisis in hand. Time is not on our side. We have a population bomb ticking and the situation in our neighborhood is also changing. We cannot afford our governance structures to continue deteriorating at the unprecedented rate of the past two years. A renewed commitment to chalk out a new and effective political settlement which prioritizes constitutional supremacy, socio-economic and political development of Pakistan has to emerge. Every stakeholder needs to acknowledge the urgency of this mammoth task. Without long-term political stability and social harmony, the economic miracle needed is not possible.

The starting point of any such effort has to be the total impartiality of state institutions in politics – not just in statements, but in practice. Next, paving the way for a fair and free election in 2021 to organically resolve the current political and economic crises. Political parties should be mandated to put forward a reforms-centric programme/agenda at least thirty days before the election. Their programme should clearly explain how it will deliver inclusive economic growth, strengthen institutions, merit, transparency and accountability-based governance, efficient resource mobilization for the state, human development, and much needed reforms in the police and justice system.

A new pro-people political settlement is the only way forward to build an economically prosperous, socially pluralistic and militarily strong Pakistan as envisioned by our founding father Quaid-e-Azam Muhammad Ali Jinnah. Otherwise, we will continue to move in circles and Pakistan cannot afford it anymore.

The writer is an MNA and former minister for interior, planning, development and reforms.