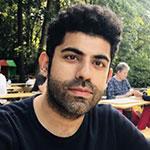 Steven Spielberg’s ‘Lincoln’ is one of my favourite films of all time; Daniel Day-Lewis’ dazzling performance as the titular character and my general love for Lincoln as a political figure being just two of the many reasons. But perhaps the most important reason is that it is arguably the finest depiction of how real political situations require the ability to constantly juggle between contradictory principles; how each of these principles, no matter how unsavoury they seem to us, has validity for the group that subscribes to them; and that even the most noble of deeds require actions that are morally ambiguous. In other words, it is a quintessential work on modern democratic politics.

The film achieves its effect by keeping the focus away from the battlefield – depicted countless times by Hollywood before – and squarely on Lincoln’s strategies for negotiating a particular kind of peace with the Confederates as well as the thinking behind these strategies. Lincoln wants to pass the historic 13th Amendment to ban slavery – the central reason for the war – before hostilities end, so that the courts and slave states cannot overturn his Emancipation Proclamation. For that however, he needs the support of 12 or so senators and house members from the Democratic Party to cross the floor and vote in favour of the amendment. The problem is that his party just fought a war with the Democrats that cost the lives of over half a million Americans. The dilemmas in extending support for either side hardly need to be spelled out.

So how does Lincoln proceed? Well, by instructing his political fixers to identify, engage, coax, coerce, blackmail and bribe 12 members of the opposing side in order to obtain the requisite numbers, signing off with these memorable words: “I am the President of the United States CLOTHED in IMMENSE power. You will procure me these votes!” Lincoln is no longer ‘Honest Abe’, the high-minded idealist who will never achieve his ends by the wrong means but a shrewd, ruthless politician who will suspend habeas corpus (which he did), muzzle the press (which he did), open state coffers to opponents (which he did) and blackmail opponents in order to ensure that African Americans are never legally re-enslaved in his country. Was he right to employ these means? Or was his real sin that of engaging people who consider a large number of their countrymen as sub-human?

Conversely, was it right for those 12 Democrats to stab their party in the back? Should they have joined hands with a man who just slaughtered so many of their fellow Southerners and trampled on states’ rights enshrined in the constitution? Are they scumbags for accepting bribes out of the national exchequers or heroes whose names will always stand next to the most consequential legislation of the 19th century? Obviously there are no simple answers since judgments about right and wrong are always made in this complex interplay between history, power, principles, goals and means.

We are of course many years and contexts away from mid-19th century America but some of these rules do apply to what happened in Pakistan’s Senate a couple of days ago.

There will of course be endless commentary on the reasons for the outcome but I want to point out a larger lesson for the government and its supporters: if you believe that the fundamental problem facing this country is the ‘loot’ and ‘plunder’ of its resources by ‘venal’ politicians and the only person capable of cleansing the country of this ‘disease’ is Imran Khan; if in the pursuit of this goal it is alright for you to back the ouster of an elected prime minister; if you have no qualms about including southern Punjab electables and flying independents in; if you celebrate the magical transformation of the Senate majority into a minority during the course of a no-confidence motion against the speaker; and if you look the other way when journalists are picked up, activists hounded and political opponents jailed – then clearly the righteousness of your cause compels you to justify the pursuit of your goal by any means necessary.

But then you must also accept that there are people in this country who are as firmly convinced of a different problem being fundamental to its woes: the suppression of the democratic process and the denial of provincial autonomy by extra-constitutional forces throughout the country’s history. If you believe that you are motivated by selfless love for the country, you have absolutely no right to assume that your opponents are only motivated by the ‘blind lust for power’ or ‘briefcases full of cash’. They are as convinced of the righteousness of their cause and are willing to suffer (and have suffered) exile, prison, torture, lashes, gallows and assassinations in its pursuit. And if your convictions justify the bending of rules, laws and norms then they are as justified in ‘enticing’ a few politicians to cross over to their side if it means the weakening of a hybrid regime and the possible opening of political space.

So please, kindly step out of your ‘Manichaean’ universe, stop with the nauseating self-righteousness and the obnoxious sermonizing; stop painting your opponents as cardboard caricatures – and try to understand them. But above all, introspect; you cannot continue to believe that there is only one ‘moral’ way of doing politics and that is yours.

The writer is an assistant professor at the Information Technology University in Lahore, and research associate at the School of Global and Area Studies, University of Oxford. He is a staunch environmentalist and has absolutely no social media footprint.