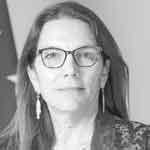 Common grounds for religious & social harmony and its contemporary significance

It recognises the imperative need for dialogue among different faiths and religions to enhance mutual understanding, harmony and cooperation among people.

This requires commitment from all concerned. In an increasingly complex political and economic world, beset with conflict and intolerance, peaceful coexistence among various religious beliefs is a critical for achieving peace and prosperity. It also key to tackling global problems such as the current pandemic. The need to find common ground has never been more pressing and it is imperative that we spread the message of compassion and embrace our diversity, based on our common humanity.

Pakistan is signatory of the International Covenant on Civil and Political Rights (ICCPR) a multilateral treaty adopted by UN General Assembly which entered into force here in 2010. The covenant commits its parties to respect the civil and political rights individuals, including the right to freedom of religion. The ICCPR is also one of the conventions that is referred to in the GSP+ trade regime, which the EU and Pakistan have signed and which entered into force in 2014.

The European Union believes in the freedom of religion or belief – which is enshrined in Article 9 of the European Convention on Human Rights and Article 18 of the Universal Declaration of Human Rights. It protects the right of individuals to practise the religion or belief of their choice – and therefore their dignity. Therefore, the EU is supporting initiatives promoting interfaith dialogue. In addition, here in Pakistan interfaith dialogue is one of the priority areas of the Strategic Engagement Plan (SEP) signed between the EU and Pakistan in 2019. More specifically, in the context of SEP, the EU and Pakistan have agreed to work towards “enhancing intercultural and inter-faith dialogue and understanding to promote tolerance and harmony, in particular mutually beneficial exchange of knowledge, people-to-people contacts and education.”

In this context, in December, a roundtable discussion for the promotion of inter- and intra-faith dialogue and understanding was co-organised by the Delegation of the European Union to Pakistan and by Maulana Abdul Khabeer Azad Khateeb of the Badshahi Mosque, Lahore with the active participation of Dr. Qibla Ayaz.

Participants included from religious leaders and religious minorities of Pakistan, faith-based organisations, civil society organisations, human rights and legal professionals as well as academics. We aimed to have a good representation of all concerned with this issue.

The discussion allowed each participants’ voice to be heard and their point of view considered. It also aimed to promote the common ground between participants in order to promote religious harmony and tolerance – and participants expressed their commitment to continue working together for a more tolerant society based on respect for human rights and equality. The declaration that resulted from the roundtable is given below. It provides a good starting point for focusing now on concrete implementation of the points agreed and we call on both religious leaders and non-religious organisations to work together towards the implementation of these objectives.

The Islamic Republic of Pakistan has been founded and is based on the vision of Quaid-i-Azam Muhammad Ali Jinnah and the 1973 Constitution. Pakistan is a Muslim majority country with a sizable number of followers of other faiths as its citizens. The Constitution of Pakistan guarantees equal rights to all its citizens, regardless of their religion or creed.

3. Therefore, to promote interfaith and intra-faith dialogue, understanding and inclusiveness, ending the trends of sectarianism and religious extremism is in the wider interest of Pakistan.

4. It is necessary to implement the Constitution and laws of the Country. And it is the obligation of the government, the legal system and other institutions under the Constitution. We recognise the role of all institutions that are playing a positive role in efforts to promote peace in Pakistan.

5. Significant efforts have been made in the past to achieve this goal and these efforts are still going on. It is required to reinforce these efforts. One such initiative is “Paigham-e-Pakistan” (Message of Pakistan) and the narrative based based on it.

6. All citizens should play their role in promoting interfaith and Intra-faith dialogue, mutual understanding and harmony. We all religious leaders, civil society leaders, politicians, academicians and religious organisations feel bound to utilise our influence for this purpose.

7. The purpose of all these efforts is to promote an inclusive and peaceful society that ensures human dignity and equality for all citizens and men and women, and work to protect places of worship of all religions.

1. We declare our full commitment to the vision of Quaid-i-Azam Muhammad Ali Jinnah and the Constitution of Pakistan.

2. We recognise that the primary responsibility of all relevant bodies including the State and the Judiciary is to respect and protect all rights and fundamental freedoms of citizens and to prevent any form of violence and ensure to thwart violations of the law.

3. We recognise the existence of diversity of religions and beliefs in Pakistan and desire an integrated environment based on the principle of respect for human rights and equality for followers of all religions.

4. We recognise that the role of women is very significant for the development and integration of Pakistan. That is why we pledge to struggle for women’s rights and their active role in society.

5. We condemn hate speeches against religion, race and colour which can result in any form of harm.

6. We, the representatives of all religions pledge to protect the environment. We declare that we will continue our efforts to save it from pollution, because it is our common heritage and very essential for the interest of our future generation.

7. We propose that the Government should declare a National Day in recognition of the importance of interfaith dialogue, understanding and harmony for the promotion of annual activities on this subject across the country and to evaluate our progress in the meantime and practicable steps for future.

8. We pledge to take steps by verbal expression, communication and practice for promoting inclusiveness. In this regard, the pulpit and other places of worship of diverse religions and forums of civil society can be utilised.

Androulla Kaminara is the Ambassador of the European Union to Pakistan

Dr. Qibla Ayaz is the former Chairman of the Council of Islamic Ideology