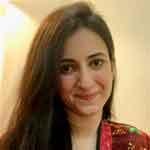 Anatomy of a blackmailer

The 10 Hazara coal miners have finally been laid to rest. Their bodies carried many burdens, surely overwhelmed by the baggage of history, economic vulnerability, neglect and ostracisation. In their last moments above ground as they lay in the cold winter of Machh, collectively mourned by the Hazara community, they carried their last burden – of being called pawns.

In response to the plea of the families of the slain victims, Prime Minister Imran Khan asserted that he will not be blackmailed into visiting the site unless – and he demanded – they bury their dead. And who better than Imran Khan would know that when the odds are against the opposing party, and you possess the power to deprive them of an option and coerce a decision based on your desires, you’re the one calling the shots.

So did the Hazaras blackmail the prime minister?

The act of blackmail is rooted in a power relationship where the balance is tipped in favour of the perpetrator. The perpetrator influences the victim’s behaviour in a manner that clashes with the latter’s rationality, expectations and preferences. The victim’s inability to make their own decisions interferes with their autonomy and freedom of action. The threat of punishment in the absence of compliance deprives the victim of a choice and adds to the abuse of power. The most important test of blackmail, however, is to decipher whether the perpetrator engenders a relationship of dominance and subordination through the act of blackmailing.

Hazaras have historically been victims of persecution and sectarian violence. Unlike other Shia communities, they are easily identifiable due to their distinct facial features that make them susceptible to attacks. Before the 19th century, they were the largest ethnic group in Afghanistan, constituting around 67 percent of the total population.

During the reign of Abdur Rahman Khan in 1893, more than half were massacred and fled from Hazarajat to the Jowzjan and Badghis provinces, while others were displaced and shipped to Khorasan in Iran, and Balochistan in British India. However, this did not put an end to their suffering. Hazaras have since sought refuge from militant groups in many countries with great risks to their lives. Many have drowned over the years on their way to faraway Australia, inching towards the possibility of a better life.

Most Hazaras in Pakistan live in Quetta, many of whom reside in two highly guarded neighbourhoods on either end of the city, Alamdar Road and Hazara Town. There are two main routes in and out of Hazara Town, one of which – Kirani Road – is considered dangerous for Hazaras to travel on. On the other hand, Spini road, which has seen over 12 targeted attacks against the Hazara community, is considered a safe route by the government.

Hazaras have restricted access to healthcare and educational facilities as they are situated outside these enclaves. Perpetual dread and the looming security situation restrict Hazara public life to these barracks where they are reminded of their eviction and the precariousness of life with security checkpoints, paramilitary troops and high walls on full display.

Restricted mobility, anticipation of danger, social isolation and limited opportunities are at the centre of the Hazara experience. Insufficient education and employment opportunities in tandem with generational poverty, as a consequence of Hazara communities migrating and fleeing persecution, has set the seal on their economic depravity. These factors have pushed Hazaras to opt for dangerous jobs like coal mining and other menial labour jobs like road construction. Their involvement in unskilled labour has further propelled their stigmatisation.

Disapproving the Hazara plea as blackmail is akin to disregarding their generational pain and persecution, and accusing them of power they do not possess. Even as they sat powerless next to their dead, their dehumanisation was cemented as their only bargaining chip was their dead and their bargain was life in return. The community’s subordinate position in Pakistan’s national makeup is evident from the fact that where most leaders would offer grace and dignity to a community having witnessed such tragedy, the Hazaras stood accused and had to succumb to the demands and ego of the representatives of the people of Pakistan.

The act of blackmail produces a relationship where power, coercion and autonomy rest with the perpetrator, while the victim is deprived of their freedom of action. Let us not mistake the plea of the Hazaras for an act they don’t have the social, economic and political capital to orchestrate. Let us be kind and considerate with our words, and be mindful of the burden they carry.

The writer works as a policy associate for a think tank. Her research focuses on South Asia, with a special interest in the Pak-Afghan Frontier region.