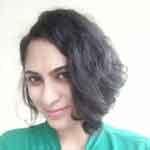 A new set of rules to govern digital and online content is now in effect. The Removal and Blocking of Unlawful Online Content Rules 2020 create a framework for the implementation of Section 37 of the Prevention of Electronic Crimes Act (PECA), a clause that deals with regulation of online content.

These Rules deem any criticism of the government unlawful, ask social media companies to establish offices and data servers in Pakistan, censor and block flagged content immediately and hand over citizens’ decrypted data to the Pakistan Telecommunication Authority (PTA) on demand. They demonstrate that every concern that digital rights advocates had raised about PECA’s impact on the freedom of speech and freedom of the press was completely justified. The Rules appear to have a single mission: legitimisation of extended control over political discourse online.

It appears that the government has a tunnel vision when it comes to the internet and chooses to see it merely as an extension of the media industries. And so, the ill-conceived policies for online content regulation replicate those that have been introduced for mainstream media. These policies are simply designed to ensure that nobody has the power to effectively challenge the dominant narratives.

The Rules create a stringent regulatory environment, introduce a regime for registration of social media companies and attempt to enact a local code of conduct for a global medium. In essence, this code seems to be much like the codes and advisories that have been issued by Pemra to control media narratives. The government’s focus on silencing dissent has blinded it to the fact that the internet is much more complex than the media industry the government has become such an expert in silencing.

The internet is no longer merely a means to access information; it is deeply interconnected and intertwined with all aspects of public and social lives. It is a vital part of the global economy – one that Pakistan will be pushed out of, if we insist on implementing these draconian regulatory measures. Introducing policies that threaten to push out the global corporations that shape the internet today demonstrates an astounding lack of prudence. Or perhaps, it is an inability to look beyond the immediate and assess the impact of such policies in the long term. It is unfortunate that government after government in Pakistan has shown a similar lack of farsightedness when it comes to regulating the internet.

The truth is, while this government has dealt the latest blow, they are merely building upon the foundations that were laid down by previous governments. It was the PML-N after all that passed PECA, the law that has enabled the current government to introduce these Rules. The blame does not lie with the PTI alone.

Successive governments have continued to see the internet merely as a threat to their own interests. A medium that gives voice to millions, that has the potential to democratize political thought and discourse, that brings to light the truths that the mainstream media can no longer afford to show, is a threat to those whose power is dependent on complacent minds completely starved of alternate and critical notions. That the internet is much more than a powerful tool to express and inform is beside the fact.

And so, we see the introduction of policies focused on legitimising state control on digital narratives and extending state access to citizens’ data. Both goals enable the government to ensure that anyone who goes against the grain is identifiable, censorable and can be legally held liable. The fact that this control, which comes at the cost of fundamental and constitutional rights, will take a heavy toll on Pakistan’s economy and mar its human rights record and image internationally doesn’t seem to matter. It doesn’t seem to matter that such policies will ultimately put our youth at a disadvantage and obstruct their chances of competing and contributing in the global market.

As we stand at the precipice, looking at what could easily be the last stretch before corporations start pulling out, the silence from the government and the opposition is deafening. The Asia Internet Coalition, an industry association of tech giants like Google, Amazon and Facebook among others, has clearly said that members may pull out of Pakistan if these Rules are implemented. And, yet, there has been no formal response from the government. More concerning still is the fact that there has been no organized response from the opposition either.

The opposition, that is increasingly dependent on social media and digital platforms to even get its own voice heard across the nation, has been strangely silent. Is it that they do not understand that these Rules legalise the removal and blocking of all their speeches online, for they can definitely create hatred, contempt and disaffection against the government – all factors that are now ‘unlawful’ under the new rules? Or perhaps, the opposition parties believe that merely raising slogans of press freedom in public demonstrations absolve them of their responsibility to raise this matter in parliament.

Political parties have to understand that this attempt to control digital content is more insidious than they imagine. A powerful tool that legitimizes censorship of any digital content that can bring the government's performance in question is horrific for democracy and can be fatal for the survival of political thought in the country.

To see the Rules merely as a tool that allows the government to exert control would be a mistake. They have to be seen as a weapon that has been unleashed against core democratic values. That this has been done at the cost of potential isolation in the digital world should only jolt political parties into taking swift and concrete action to counter this threat.

The writer is a media and digital rights activist.