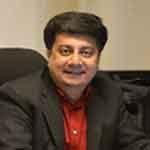 The future of e-commerce

Pakistan has been on a mission for years to shake up its economy and create a cost-effective agenda to achieve broad commercialization. To some extent. the emerging IT sector, growth in population and the growth of people using the internet have supported this mission.

The development of e-commerce in the whole world has made it possible for economic development. E-commerce globally has grown enormously in the past twenty years with growth rates of sales standing at 13 percent, which equates to sales that were worth an estimated $2.9 trillion. These figures are expected to reach $4.5 trillion by 2021. Online shopping reached growth of 12 percent in 2017 with a worth of $1.3 billion. There have been several studies which confirm that 18 percent of all online retail sales in Pakistan took place in 2018. Forecasts show that by 2040 it is expected that 95 percent of all retail sales and purchases will be made and facilitated online.

E-commerce has grown phenomenally worldwide over the past few years, but most of these sales were made by domestic buyers purchasing from domestic sellers. However, purchasing from foreign sellers has recently gained traction as the share of buyers has climbed from 15-21 percent. Approximately, 25 percent of shopping worldwide is now taking place online, with China recording a colossal 440 million online consumers.

E-commerce is growing steadily in Pakistan. The industry in 2018 was estimated to be at Rs99.3 billion which was a good increase from 2017 when the figures were Rs51.8 billion which is a healthy year-on-year growth of 92 percent. With a population of 208 million and several financial inclusion solutions, Pakistan is one of the largest unrealized markets of e-commerce in the world.

Most stores gain sales from their mobile web store/e-commerce platforms. This is one thing that has immense potential in Pakistan and is something that can improve and grow. However, e-commerce in Pakistan has not reached a level where digital wallets or money can be used and become the more preferred form of payment instead of cash.

There are many things that have stopped Pakistan from realizing its own potential and developing their own e-commerce systems. The two obvious factors are the lack of literacy that is required to create a transaction from start to finish and the lack of financial inclusion. PayPal, which is the preferred digital method of payment worldwide, is not even available in Pakistan.

Amazon and eBay are also excluded from Pakistan; these global giants could potentially offer so much to the economy and lifestyle of those living there. Having their own similar websites would benefit many sectors and businesses in Pakistan, particularly as the by-products would be sure to have a trickledown effect.

E-Commerce in Pakistan would give the country a sector that would help residents work towards a national perception of wealth and with the untapped potential this is something that would benefit the people. It can provide Pakistan with the ideal way to cover a vast distance as they cover the process of social and economic development coupled with technological development in a short space of time. One report says that by 2022 Pakistan could observe a 25 percent increase in the exportation of information technology.

E-commerce could contribute majorly in improving the livelihoods of people as well as building competitive enterprise and increasing its share in global trade. However, with regard to increasing Pakistan’s global trade and closing the digital divide that is currently a barrier between developed and less developed areas of the world, there are essential things that need to be put in place which will enhance the competence both subjectively and materially.

Therefore, Pakistan is one of the few economies left where digital representation can change the growth of the economy quickly. If we take just a glance at the figures there is huge optimism for the future of e-commerce in Pakistan. The number of local e-commerce sellers increased by 2.6 times from 2017-2018 and e-commerce payments increased by 2.3 times in the year.

The sales of international and local e-commerce sellers are shown in the SBP’s Annual Report on the State of Economy 2017-18, and confirms that there were Rs20.7 billion in 2017, which was a growth of 93.7 percent in 2018 reaching a massive Rs40.1 billion. It is worth noting that these figures are devoid of cash on delivery and postal sales which made up at least 55 percent of the total of the e-commerce at this time in Pakistan.

The e-commerce industry in 2018 was said to be worth Rs99.3 billion which is a massive increase from Rs51.8 billion in 2017, which equates to a yearly growth of 92 percent. Payments by prepaid, credit and debit cards as well as bank transfers and mobile wallets grew immensely in 2018 by 93.7 percent to reach Rs40.1 billion compared to 2017 when this figure was Rs20.7 billion. Cash is still the most used payment method and makes up 60 percent of the transactions.

According to a report released by the UNDP in 2017, the population of Pakistan is approximately 208 million with about 64 percent of the population aged 29 and under – meaning that the country will continue to be young for at least 30 years.

The youth of today are far happier to embrace technology in a way the older generation never will, and the promotion and regulation of e-commerce will be more significant in terms of providing employment opportunities for 130 million over the next 30 years.

By increasing use of digital financial services only, Pakistan can increase GDP by $36 billion and by 2025 create up to four million jobs.

Over the past 20 years Pakistan has created a strong communication and information sector. In the past two decades, it has developed a strong information and communications sector by liberalizing the transmitting sector to help create expansion of the IT technology enabled service industry.

In the UNCTAD’s B2C E-commerce Index of 2018, Pakistan was ranked 117/151 countries with regard to its e-commerce willingness valued at 32.34. There has been a surge in the number of online sellers and local e-commerce platforms plus online payment facilities being offered by banks and the larger mobile phone service providers.

One indication that is optimistic and promising is the cellular subscriptions – there were a total of 165 million cellular users and subscribers by the end of last year and this was up by 50 million on figures recorded in 2015.

The writer is director of the Centre for Information and Communication Technology at IBA.