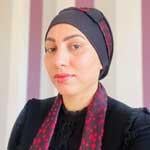 It’s been said that there are two statistics that will likely rise after we emerge from the lockdown phase of the coronavirus pandemic: divorces and births. Being cooped up with one’s spouse can either create a deeper emotional and physical bond, or it can remind you of all the flaws in the relationship. I certainly hope that we will see a lot of baby showers in the coming months.

However, there is a far more troubling statistic which has been increasing since lockdown began: domestic violence is on the rise. The United Nations has described domestic violence as a “shadow pandemic” which is encompassing the globe. On June 12, the UN Secretary General, António Guterres, stated: “For many women and girls, the threat looms largest where they should be safest. In their own homes... We know lockdowns and quarantines are essential to suppressing Covid-19. But they can trap women with abusive partners.”

The UN gathered data from countries as far apart as Australia and Argentina: all the countries surveyed had shown increases of 25 percent upwards in the number of calls to domestic violence helplines. Although reliable data from Pakistan is wanting, mental health professionals have reported a significant increase.

It’s not difficult to see why this epidemic of abuse is so acute in Pakistan; achieving gender equality was a struggle even before the pandemic. Women can be ostracised, beaten and indeed killed for resisting the will of their husbands. There are many men who still regard women asserting their rights as a threat to their masculinity and leadership role in a family. The economic and emotional pressures created by the lockdown can only exacerbate these pre-existing tensions and add others to an already volcanic mix.

In my mind’s eye, I can imagine a small flat in an urban area inhabited by a husband, wife, and lively children. The husband may have only a few rupees in his pocket. The light that shines through the window reminds the family of a world outside that is too dangerous to access. The children run around and play as best they can. The wife carries on with her domestic chores. The husband reads the newspaper; but he cannot go anywhere, he cannot work. There may be worries preying on the adults’ minds about sick relatives elsewhere, possibly their parents. Time in this situation is the enemy, as resistance wears down, patience frays and tolerance is exhausted. The husband loses his temper and goes at the wife, as the children cower. How many will go out into the streets, look at the windows of flats in their city and not realise that this scene is playing out behind the glass?

The Pakistani government, to its credit, has recognised there is a problem. The Ministry of Human Rights has set up a domestic abuse helpline. The National Disaster Management Authority has also set up a ‘Gender and Child Cell’ to provide support.

Pakistan can and should emulate other countries: as the United Nations reported, France, Germany, Italy, Norway and Spain have used supermarkets and pharmacies as “go-to” places where women can report they are being abused by their partners and get assistance. This merely requires some imagination on the part of the authorities and a willingness of businesses to help.

Beyond lockdown, Pakistan can and should do more to empower women. The election of Benazir Bhutto as prime minister in 1988, regardless of what one may think of her policies, should have been a watershed moment for the country. It was clear that a woman could aspire to and achieve the most powerful office in the land. It was to be hoped that the clarity of this example would cause a change of heart among the male population about how women in our society ought to be treated. It did not.

The answer may partly lay in better understanding of Islamic teachings. Beyond religious instruction, schools should also be more alive to the dangers of domestic violence: just because something has been done in the past does not mean that it should be acceptable in the future. A good teacher can be just as strong an influence as a parent; moral instruction in what is acceptable could ameliorate the problem.

Additionally, the laws need to change to protect women; as a dual-qualified solicitor, I can say that while protections are theoretically available to women in law, much stronger enforcement mechanisms need to come into force.

What lay behind all these changes, however, is a willingness to care: it can be easy to dismiss women’s right to safety and security in light of all the disease and death around us. But the disease will not always be here; do we really want a legacy of shattering memories to emerge after the lockdown is lifted? Do we want our children to have witnessed such horrors with no justice following on to be their abiding memory of this time?

It is time for all of us to care a bit more, to follow what our instincts as human beings say and what Allah has ordained, to be good to each other. As Hadith states, we are prisoners together in this world and this life, and we don’t get out of here alive. What we can do is make our conduct such that when we are released we leave better behind rather than continue a legacy of violence.