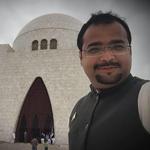 KARACHI: As many as 1,196 prisoners serving their terms across the prisons of Sindh were affected by coronavirus during the last three months.

According to the health department of the Government of Sindh so far 7,660 prisoners were tested in all the 19 jails in the province.

While, as many as 6,369 tested negative, the documents cite.

According to the health officials, 905 prisoners tested positive for Covid -19 at Karachi Central Jail which is the largest number of prisoners in one jail.

The Sukkur Jail falls second with 141 confirmed patients of the virus and only one prisoner was found to be infected with the disease in Tharparkar jail.

According to officials only one prisoner died due to Covid -19 at Karachi Central Jail.

Giving a prison-wise break up, according to Sindh health department, 13 prisoners were confirmed with the infection in Hyderabad Jail, 8 in Dadu Jail, 33 in Badin, 9 in Jamshoro Jail, 3 in Thando Allahyar Jail, 19 in Thatta Jail, 3 in Matiari Jail,

At present as many as 95 prisoners in different jails are under isolation. While, 728 prisoners have fully recovered from the disease.

However mostly of them were reported to be asymptomatic, the health department’s document said.