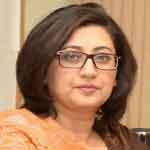 First, the data. No one knows more about the buyers than the sellers. Most of the data on tobacco smuggling is controlled by companies themselves but fronted through third parties. Over the years this has been used to exaggerate the problem of smuggling and hence companies now control the narrative that they are the victims and not perpetrators of smuggling. Controlling the narrative is not a problem if there's tons of black-market cash flowing around. The Mandra raid of 2017 is a case in point. A warehouse in this town of Tehsil Gujar Khan, Punjab, was raided by tax officials, where they found a huge tobacco manufacturing and packing factory along with nearly 60 million black market cigarettes. In the years since, most of the media reports highlight the issue as simply an example of underground cigarette operation.

Tobacco giants have known for years that a T&T system is inevitable. Pakistan is required by both the WHO and the IMF to install a T&T system that would effectively audit all tobacco products produced in, imported into, or transiting through its territory.

The bidding process was initiated in August 2019 for a five-year license. But the process quickly became controversial and within two months landed in court. On May 6, 2020, the Islamabad High Court cancelled the multi-million-dollar license issued by the FBR to the NRTC. The FBR has been asked to restart the bidding process. That is good news. The Illicit Trade Protocol requires that due to conflict of interest the T&T system cannot be operated by or delegated to the tobacco industry.

Two major companies of Pakistan control 98 percent of the legitimate market. Given substantial tax earnings from them and the obvious lack of competition, successive governments in Pakistan have had little choice but to leave it upon these two giants to declare their own production in good faith. Streams of global evidence collected by advocacy groups prove that the tobacco industry cannot be trusted to be part of the solution because it is very much part of the problem.