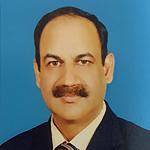 Springtime is the most delightful and festive season of the year, a time when flowers bloom and trees grow new leaves. Unfortunately, this time around it was not to be; autumn took over before spring could arrive.

The deadly coronavirus that erupted from Wuhan city in Central China took no time to eclipse the whole world. The Chinese ‘Spring Festival’ this year turned into an expression of mourning after the corona onslaught. Similarly, death kept dancing in the streets of Iran on the day of ‘Nowruz’. In Pakistan too, the March 23 Parade was cancelled in view of the exponential spread of the pandemic.

The situation in Italy and Spain is equally worse and people are in a state of deep shock. Hundreds of bodies are cremated or buried daily. The rest of Europe is no different; Easter is just around the corner but Europe is shut down and silent as never before.

Surprisingly, the Covid-19 virus took no time to infect over 190 countries. The number of corona cases has crossed a tally of one million with the US on the top with more than 245,000 cases. The global death toll has risen to more than 53,000, with Italy accounting for more than 13,000 deaths followed by Spain with 10,000 deaths. After Wuhan city, the deadly virus has found many new destinations all over the world with Europe and the US as the new epicenters.

Interestingly, Covid-19 made no distinction between the rich and the poor. People like Prince Charles, Boris Johnson and many other celebrities from different parts of the world have fallen victim to this pandemic. Similarly, the developed countries of the West are as helpless as the under-developed countries of Asia and Africa. Rich countries like the US and Italy fell short of this challenge and their health systems have totally failed to cope with the ugly situation.

Resultantly, life has come to a grinding halt. Most borders and airspaces are sealed; schools and offices closed; railways and transport shut down; empty parks and playgrounds; and people isolated in their homes waiting to get back to a normal life cycle. In short, there are either lockdowns or life is being scaled down to a bare minimum level around the globe.

So far, there is no remedy to deal with the deadly corona pandemic except social distancing and proactive testing of suspected cases. No one is really sure how long humanity is going to suffer under the dark shadows of Covid-19. But once done, one thing is for sure: the world is never going to be the same again. Apart from socio-psychological impact, there will be drastic changes in the social, economic and political order.

The lessons learnt during these hard times might come handy in the coming days. For instance, virtual education is likely to replace the traditional model of education in schools, colleges and universities. Likewise, working from home may become a new normal. Hence, huge office and education infrastructures might become relics of the past.

The large amount of cost being incurred on buildings and maintaining huge infrastructures could be diverted on social uplift. Hence, students and employees won’t have to commute unnecessarily on a regular basis. This not only entails time and fuel savings but may also help create a pollution-free environment. Of course, the question of quality will pop up. But what I am pointing out is possibilities that are there only if we imagine another world.

And it is not just about the health system of the developed world like the US and Western Europe that has been exposed. Ironically, it is the capitalist mindset that has let its people down in the wake of the corona pandemic. Basically, it is this mindset that treats people like commodities. Simply because the capitalist gods rather prefer spending money on treating a 30-year young lad over a 70-year-old corona patient who is no more useful to their corporate interests.

Just see the fate of people dying in the hospitals of New York due to the non-availability of the desired number of ventilators. Isn’t it shameful that Donald Trump who is planning a space force is unable to provide ventilators to his fellow countrymen dying of the corona pandemic. Thousands of people in Iran have died of the coronavirus and yet Trump is not willing to lift sanctions on that poor country. This clearly speaks of the mindset and priorities of the top leader of the capitalist world.

Let the dust settle; the world is going to transform into something new. It is about time the leaders of the capital world learnt their lessons quickly and treated their people with compassion. Let universal healthcare be accorded the highest priority and be treated as a basic right of every individual irrespective of age and colour.

India’s Modi must also rethink his ambitious space programme and let the billions of rupees being wasted in space be diverted to the health and education sectors for poor Indians. Similarly, the Saudi and Iranian leadership must also have some mercy now on the people of the Middle East. Billions of dollars being wasted on purchase of deadly weapons may be spent on reconstruction of the region and improved health facilities, education and infrastructure.

The whole world needs to unite against this deadly corona epidemic. The enormous challenge that Covid-19 has posed to the survival of the human race does possess an opportunity too. The world just needs to set its priorities right and give new hope to humanity that spring is about to set in.

The writer heads the ResearchInstitute of Development andEvaluations (RIDE), Islamabad.