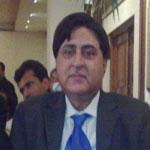 Pakistan was hit by a diplomatic embarrassment when Prime Minister Imran Khan decided not to attend the Kuala Lumpur summit, presumably because of Saudi pressure.

It may be noted that earlier Imran Khan had announced the formation of a Muslim bloc to be headed by Turkey, Malaysia and Pakistan and the establishment of a TV channel to counter Western propaganda promoting Islamophobia.

The dream of an Islamic bloc was shattered when Prime Minister Imran Khan stayed away from the meeting. According to Turkish newspaper Daily Sabah, quoting Turkish President Tayyip Erdogan, Pakistan decided to stay away from the recently concluded Kuala Lumpur summit because of Saudi Arabia's threats of economic sanctions.

The summit, attended mainly by Turkey, Malaysia and Iran, was seen as a move to create a counterweight to the OIC. The summit was called to discuss the issues faced by the Muslim world, the situation in Kashmir, the war in Yemen, the plight of the Rohingya, the treatment of Uyghurs in China, gender inequality and economic disparities.

Most of the non-Arab Muslim countries consider the OIC as a toothless organisation not able to play any effective role in the many conflicts surrounding the Muslim world.

Aside from this, the Muslim world is grappling with issues such as gender inequality and economic disparities. Gender inequality is a major issue; two-thirds of the world’s illiterate adults are women according to data compiled by the UN, but this issue is more severe in the Muslim world. According to a UN study, approximately 65 percent of women are illiterate in Muslim-majority countries.

According to the Arab Human Development Report 2019, women in Arab countries are not only facing economic inequalities but also a lack of economic opportunities. This can be judged from the women-labour force participation which is less than 18 percent – the lowest rate among all regions. The share of women in GDP in the Arab region is only 29 percent against 50 percent in all developing countries.

According to the World Economic Forum's 2020 Global Gender Index, 17 of the bottom 20 countries with the widest gender gaps are all Muslim countries and OIC members.

Another issue haunting Muslim countries is economic disparity, which is increasing with the passage of time. No attempt has been made to address this. For example, on one side of the continuum is Qatar with $128,000 per capita income and on the other is Niger with $990 per capita income.

In a 2018 report, ‘Arab Weekly’ quoted the World Inequality Lab as saying that the Middle East is the leading region in economic inequality. The report said that the share of income accruing to the top 10 percent and one percent of the population in the Middle East exceeded 60 percent and 25 percent, respectively, of total regional income in 2016.

Most analysts attribute income inequality within Middle Eastern countries to entrenched elites who are controlling power and resources since their independence, and formulating poor economic policies, including poorly managed or non-existent income tax systems.

Even in Malaysia, the host of the summit, the gap in real average income between the top 20 percent households and the middle 40 percent and bottom 40 percent has almost doubled between 2008 and 2018.

However, by deciding to stay away from the summit, Prime Minister Imran Khan missed a golden opportunity to highlight the plight of Kashmiris and the social and economic issues Pakistan is facing. Economic inequality and economic disparity are on the rise due to uneven distribution of resources. These issues have further been exacerbated after Pakistan has signed to the IMF for macroeconomic stability. But instead of stability, we see more instability engulfing the country. Food inflation has entered into the double-digit zone. Industries are shutting down and workers are losing their jobs and incomes.

Renowned economist Hafeez Pasha predicts that in the next two fiscal years, eight million people might go down below the poverty line. According to him, one million Pakistanis have already lost their jobs, while four million have gone down the poverty line.

As a matter of fact, under the given economic conditions, Pakistan is not in a position to resolve these issues on its own. It has to join regional economic groups or be part of new ones. Because of the rising winds of geo-economics, the Muslim world is splitting into Arab and non-Arab states. Most of the Arab states are petro-economies while non-Arab states such as Turkey, Malaysia are commodity-producing countries.

It will, therefore, be in the interest of Pakistan to build relations with commodity producing countries rather than dancing to the dictates of petro-states and living on their dole-outs. Pakistan will learn more from the experience and knowledge of commodity-producing countries and can invite investment in joint ventures and private equity. This is what China did in the eighties and nineties.

ZAB in his book ‘Myth of Independence’, published in 1969, talked about political sovereignty, which to him, was meaningless without economic sovereignty. Along with economic sovereignty, he advocated getting tough with India (nuclear deterrence after the debacle of East Pakistan); building a stronger alliance with China, and objectively reassessing Pakistan’s alignment with America in keeping its national security supreme.

Our economic dependence started when we joined Cento and Seato. We saw a small break when ZAB pulled out of Western alliances and took steps to recalibrate the foreign policy of Pakistan and redefine Pakistan’s relations with major world powers. During his time, Pakistan was not a recipient of major US or Western aid, nor did it join any IMF programme. Pakistan’s dependence on US aid increased during the Zia and Musharraf regimes in 1979 and after 9/11 respectively.

Most historians, political scientists and economists show deep-seated concern that Pakistan has not adopted an independent economic model since its genesis, due to which it is facing fundamental economic issues. Therefore, it is now time for Pakistan to opt for an independent foreign policy focusing on economic sovereignty in order to regain any lost sovereignty.