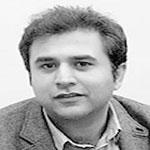 British Jurist Lord Denning rightly averred that “properly exercised, the powers of the executive lead to the welfare state; but abused they lead to a totalitarian state”.

A few weeks ago, Salahuddin Ayubi, known to be a mentally-challenged person, accused of robbing an ATM machine, died in police custody. A horrible video also surfaced on the media showing officials from the Punjab Police maltreating, beating and humiliating Salahuddin whilst he was alive in police custody. The concerned Regional Police Officer (RPO), hastily and in no uncertain terms, denied Salahuddin’s family's claim that he had been tortured before death. However, the subsequent forensic report negated the RPO's claims.

Salahuddin’s death is the most recent instance of rampant custodial crimes in Pakistan which have now assumed frightening proportions raising serious questions on the credibility of rule of law and administration of the criminal justice system. In 2013, a report by the Centre for Public Policy and Governance, Policing, Custodial Torture and Human Rights identified that custodial torture is the prime tool of evidence collection in Pakistan. Furthermore, in 2016 a Human Rights Watch Report also highlighted disturbing incidents of gruesome torture and fake encounter killings of those in police custody.

In Pakistan, the most common forms of custodial crimes are custodial torture (suspension from ankles, beating on the soles of feet, rolling heavy logs over legs, giving electric shocks, burning the body with cigarettes, pulling out hair, threatening execution and depriving alleged criminals of sleep and food) and custodial deaths resulting from torture and fake encounters. Ordinarily, the police vindicate themselves by justifying custodial deaths on suicide, illness, accident and natural diseases. The police, in order to cover their malice, negligence and recklessness, either interfere with police records or ensure that the contents of medical reports substantiate the police version. Seldom are perpetrators charged and convicted, at the most, police atrocities either result in immediate transfers or temporary suspensions.

Escalation in custodial crimes is due to our long-standing and inescapable love for obsolete and draconian colonial penal laws which glaringly lack the mechanism to prevent abuse of power. The scheme of the Code of Criminal Procedure 1898 (CrPC) confers wide and unstructured powers on the police to arrest, detain and torture suspects. Such unbridled powers unguided by objective guidelines allow the police to exploit and abuse them.

For instance, Section 167 (1) CrPC specifies that a suspect has to be presented before a magistrate within 24 hours of arrest and Section 167 (2) stipulates that physical remand can be obtained from the magistrate for up to 15 days. However, due to absence of objective criteria structuring this unqualified discretion, the police manipulate the said provisions in two ways; first, the suspects are not brought before the magistrate within the required period of 24 hours (arrest is not recorded even for days) and, second, even after obtaining physical remand the police resort to torture with impunity.

Moreover, on the issue of custodial deaths the grievance redressal mechanism prescribed by the CrPC is also inadequate as it fails to appreciate ground realities. Section 176 CrPC, which mandates a magisterial inquiry in all cases of custodial deaths is rarely invoked despite the fact that there is no clog of locus standi to approach a magistrate as the same can be invoked by a magistrate on his own, exercising suo-motu powers. Non-invocation of Section 176 is either due to a relative’s fear of police retaliation or indifference and negligence of magistrates. Additionally, the FIRs which, though rarely, are registered against police officers for murder, attempt to murder or causing bodily harms in custody, rarely result in convictions, primarily due to defective and fabricated investigations, and faulty challan reports cooked on the fire of ever-rising esprit de corps among the police fraternity. Moreover, the approach of the courts while dealing with cases involving custodial crimes is also narrow; too much reliance on technicalities envisaged colonial laws prevent meeting the ends of justice.

Extraordinary situations require extraordinary measures. Keeping in view the overwhelming increase in incidents of custodial crimes and inadequacies in the archaic colonial law, we require a potent legislation specifically dealing with issues of custodial crimes. The new law must not only curb custodial crimes but also provide a mechanism to ensure that custodial crimes don’t go unpunished; the law needs to explicitly state that if there is evidence that the injury was caused during the period when the person was in the police custody, the court shall presume that the injury was caused by the police unless proved to the contrary. Furthermore, the law must take into account the eggshell skull common law rule which says the frailty, weakness, or feebleness of a victim cannot be used as a defence. Additionally, the law has to structure the unfettered policing powers of arrest, detention and interrogation through statutory guidelines.

To legislate and take exceptional measures for preventing custodial crimes is the international as well as constitutional commitment of the government. Pakistan is party to and has ratified the United Nations Convention against Torture, Inhuman and Degrading Treatment or Punishment 1984, which expressly bars torture. Under the constitution of Pakistan, Article 14 guarantees protection against torture, thus, it is the exclusive responsibility of state through its organs to ensure safety against custodial torture. Moreover, custodial deaths flagrantly violate Article 9 which guarantees right to life and mandates that no one should be deprived of life except in accordance with the law. Right to life is a sacrosanct right, and as per the Supreme Court of Pakistan 'life' is not confined to mere living but means meaningful life, which shall be enjoyed with dignity.

Another aspect which needs to be emphasized is the implied consent of society, condoning custodial crimes. Although many among us express rage on incidents of custodial crimes, the bitter truth is we also resort to them as trouble-shooting instruments. Torture by the police is politically, socially and morally acceptable to us – the political elite needs it, the business elite needs it and the powerful bureaucracy loves it. Many among us prefer police bypassing laws to resolve our disagreements. We expect results from the police in short a span of time, forgetting that methodical investigation is a time-consuming and protracted process. The impression is that whenever there is a crime, investigation usually means apprehending all persons concerned and subjecting them to torture with the expectation that someone will spill the beans.

Custodial crimes are deemed the worst kind of crimes in a civilized society; they are a premeditated assault on human dignity and every time human dignity suffers, civilization takes a step backward. The situation is further aggravated by the fact that custodial crimes are committed by those who are supposed to be the guardians of the masses. They barefacedly flout constitutional guarantees, injure the majesty of the law and consider themselves to be above the law and sometimes even become a law unto themselves, similar to tyrant King Louis XIV of France whose words “L etat C'est Moi” (I am the state) appositely fit the current approach of our police.

We live in a democracy and we can’t let the police personnel become absolute tyrants. The state urgently needs to criminalise custodial crimes through a special legislation. If stern measures are not taken to check the disease of the very fence eating the crops, the fundamentals of the criminal justice system will be shaken occasioning authoritarianism reminiscent of barbarism.

The writer is a Lahore-based advocate of the high court.