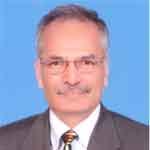 We are witnessing a decelerating trend in India-Pakistan tensions after they peaked following the Pulwama episode in which 44 members of the Indian paramilitary force were killed in a suicide attack carried out by a disaffected Kashmiri youth on February 14, 2019.

Blaming Jaish-e-Mohammed (JEM) for the attack, India threatened retaliation. On February 26, it sent 12 MIG jets to bombard alleged JEM terrorist camps near Balakot. The Indian warplanes were unable to find their intended targets and when confronted by the Pakistan Air Force they dropped their payloads and went back, falsely claiming having destroyed JEM training camps.

In a counter-strike on February 27, the Pakistan Air Force drew blood when it not only hit ammunition depots near the Line of Control but also downed two Indian MiGs and captured one of their pilots, Wing

Commander Abhinandan, who had ejected on the Pakistani side of the border. Before New Delhi could escalate the crisis further, Prime Minister Imran Khan announced the immediate return of the captured Indian pilot and pleaded for peace between two-nuclear armed adversaries. Alarmed by this rapid escalation of hostilities, which had the potential to develop into a full-blown war with nuclear overtones, leading capitals of the world called for strategic restraint.

Notwithstanding the latest attempt by the Indian navy to intrude into Pakistan’s territorial waters, and the marked escalation in exchange of heavy fire along the LOC last week, there is a visible attempt by Pakistan and India not to get caught in an action-reaction spiral of violence against each other.

Prime Minister Imran Khan has called upon the Indian leadership to display wisdom and not be guided by irrational emotions of teaching Pakistan a lesson. More concretely, he has offered dialogue and talks to India – including Islamabad’s willingness to look into any “actionable intelligence” that New Delhi might have which implicates Pakistani nationals in the Pulwama episode. This Pakistani gesture of peace towards India stood in marked contrast to New Delhi’s insistent but hollow claims that its air force had inflicted heavy losses on terrorist camps deep inside Pakistan.

While most explanations of the latest escalation of tensions between India and Pakistan have appealed to Modi’s electoral compulsions of winning the next general elections in India in May 2019, there is a growing body of circumstantial evidence to suggest that there were significant external factors at play that pushed Modi towards the brink of a full-fledged war with Pakistan.

To begin with, there are credible intelligence reports of Israeli-collusion with India, both before the outbreak of the crisis and immediately after. Besides fully backing New Delhi to take its counter-terrorism fight to its alleged source, Tel Aviv has been providing behind-the-scenes intelligence, arms and logistical support to India to buttress its efforts to combat the forces of so-called ‘Islamic militancy’ in India. It would seem to be no coincidence that Israeli-made Rafael Spice-2000 ‘smart bombs’ were used by the Indian air force in its strike inside Pakistan.

After the failed Indian air strike against Pakistan there were reports of a planned Indian missile strikes against several targets inside Pakistan. Only the threat of a Pakistani forceful response in kind deterred India from embarking on this disastrous course of action. In addition to the Israeli factor, the other source of encouragement for India has been the promise of explicit American strategic support. In the wake of its Indo-Pacific strategy, Washington has been trying to prop up New Delhi as the ‘net provider’ of security in the Indo-Pacific region. Part of this effort has been directed to secure South East Asia but, more importantly, it is aimed at containing and constraining China’s rise as a peer-competitor to the US.

Bolstered and emboldened by this American strategic support, New Delhi claimed to have launched the so-called surgical strikes on the LOC in Kashmir in September 2016 in the wake of a terrorist attack on an Indian army facility at Uri. Pakistani denials of these surgical strikes notwithstanding, New Delhi continues to claim that it had successfully managed to punish Pakistan for its supposed support of cross-border terrorism. A few days after the Uri episode, the then American national security advisor, Susan Rice, “reiterated [the US] expectation that Pakistan takes effective action to combat and delegitimises United Nations-designated terrorist individuals and entities.” The same message was conveyed by a White House official who said “we do empathise with the Indians’ perception that they need to respond militarily.” These expressions of verbal support only reinforced New Delhi’s belief that they had the American carte blanche when it came to dealing with the issue of cross-border terrorism from Pakistan.

After the terrorist attack in Pulwama, US National Security Advisor John Bolton publicly stated that India had a “right to self-defence” and US Secretary of State Mike Pompeo characterised the Indian air strike against Pakistan as part of a “counter-terrorism” effort, and urged Pakistan to “avoid military action” in response to India’s “counter-terrorism” raid. And on February 19 a US State Department official said, “We urge Pakistan to fully cooperate with the investigation into the attack and to punish anyone responsible”. He did this after emphasising, “we have a close, cooperative relationship with India, a security relationship, and that includes counterterrorism operations”.

It was only after the failure of the Indian strike that Washington swiftly changed its tone and urged both sides to “exercise restraint, and avoid escalation at any cost.” It is quite evident that Washington has been quite willing to play for India on the strategic chessboard of South Asia. Given the permissive environment created by these American expressions of diplomatic support at the highest level, it is hardly surprising that India felt emboldened to attack Pakistan in the wake of the Pulwama episode.

What is most worrying is that there is hardly any evidence that links the suicide attacker with JeM. Could it not be a ‘lone-wolf’ phenomenon for which publicity hungry JeM took credit? This hypothesis needs serious scrutiny as it would help untangle the real causes and sources of the ongoing violence in Kashmir that lie at the root of the India-Pakistan crisis.