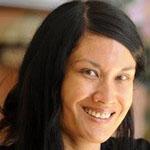 A crisis of Mohajir politics in Karachi revisited

Last week I visited Karachi in order to launch my new edited book entitled “Cityscapes of Violence in Karachi: Publics and Counterpublics” (Oxford University Press) at the Karachi Literature Festival. The event on Mai Kolachi Road brought together an admirable congregation of writers, film-makers and journalists from across Pakistan and further afield, and the mood was inclusive, generous, cosmopolitan and vital. Nonetheless, the high security presence there recalled for me the feeling of being in a protected enclave, albeit a markedly different enclave to that of Liaquatabad where I had lived as a young writer previously. That period served as the basis for subsequent anthropological fieldwork and my first book, entitled “Mohajir Militancy in Pakistan” (2010, Routledge, 2012 paperback). It appeared that Karachi’s old spatialized geographies of class separation, fear, and ethnic and social division were still thriving and intact.

After the festival I met with several Muttahida Quami Movement supporters in Liaquatabad and other parts of Karachi in order to try and find out more about the current situation, in what ways people’s experiences and loyalties toward the party had changed over the two decades since I lived there, as well as since my last visit to the city, and during the current situation. The starting point is that the recent crisis was purposively designed to split the Mohajir mandate —and has largely been successful. The formation of the Pak Sarzameen Party faction is cited as clear evidence of this, despite Mustafa Kamal-led group having minimal ground support. In this period leading up to the general election, I found an overarching sense of disillusionment and dismay amongst Mohajirs at the apparent dissolution of a united vote, and uncertainty about which direction to take next. Likewise, I saw considerable anger on the part of supporters and Altaf loyalists who cited it as an ‘open secret’ that leaders on both sides of the divide, Farooq Sattar and Amir Khan, had compromised their new positions and were seeking to protect the financial rewards and new business interests their leadership had generated. While, given the recent mysterious death of the Altaf group’s convenor, Dr Hassan Zafar Arif, which serves as an ominous example to all, some pandering to the law enforcement agencies might seem propitious, a real frustration prevails amongst Mohajir voters who feel they cannot trust their leaders to represent them, and would like to see the return of Altaf as party leader — or at least a return to the unity they enjoyed up until his anti-Pakistan speech of August 2016.

That unity was largely built as a result of the 1992 and subsequent operations against the MQM in the nineties, before the party had entered provincial and city governments. While that period was brutal, and resulted in substantially more extrajudicial killings, it ultimately served to strengthen the party and its power in Karachi politics. The current operation by contrast has resulted in fewer killings, and been far more effective in removing the party’s head, dividing its leaders and workers, and splitting the Mohajir vote. Rather than killings, disappearances, and seizing neighbourhoods, the state’s tactics in this operation have been to gather intelligence from local neighbourhoods, and from the rival leadership’s factions. These tacticshave largely succeeded in dividing the MQM from within — hence the distrust among Mohajir communities for the MQM’s current leaders.

The internal elections to select a new Rabita Committee seem likely to entrench oppositions between Farooq Sattar and Amir Khan, who both claim they have the support of MQM workers, and to split the vote in the general elections —between the PIB and Bahadurabad factions, and to some extent PSP.

It seems that confusion will remain for some time. Although the state will not permit Altaf’s loyalists to stand, loyalist workers and supporters say hey will pledge their vote in the general elections to the candidate he endorses. In the case the state does not permit his candidates to stand, a low Mohajir turnout seems the most likely outcome. While this might signal a protest, and continued loyalty to Altaf —who from London seems determined to prove he is neither defeated nor in retirement — a low turnout will result in less power for the MQM in Karachi politics in a situation where the party is already diminished.

Despite concerted efforts by the Pakistan People’s Party to attract MQM workers, it seems unlikely that either the PPP or the Pakistan Tehreek-e-Insaf (given their result in the 2015 local elections) can win Mohajir votes. While murmurs also circulate about former military chief Pervez Musharraf’s involvement and plans to take the Mohajir vote, with the support of the former Sindh governor of Dr. Ishratul Ibad, this strand of the story has yet to develop. It might prove the most likely future scenario however.

Given the numbers and size of the MQM, the party will never have a majority in the National Assembly, but nonetheless it can still influence the leading two parties. Historically, the MQM has been useful for the powers-that-be to weaken the power of government in the National Assembly, although Altaf has certainly proved a difficult force to control. If the MQM continues, then a future scenario where Mohajir representation is valued for its ability to threaten sitting government, and thereby allows the army to continue to enjoy real power, seems the best option — albeit an extremely pessimistic one for the distant spectre of ‘democracy’ and for whatever democracy means in Pakistan.

Visiting Liaquatabad last week, I found much changed. There were many new check-points, and older generations of MQM workers and supporters were fearful. Many had moved away. That many were also in hiding was reminiscent of the nineties. Notwithstanding, the relentless patrolling of the law enforcement agencies seeking out old workers, and the stories of arrests, disappearances and dead bodies found I heard was not met with the strength of furious opposition amongst young people I had witnessed before.

At that time, there was also support for the religious parties, especially the Barelvi leaning Jamiat Ulema-e-Pakistan, and to a lesser extent Jamaat-e-Islami, amongst Liaquatabad’s Mohajirs. While older Mohajir generations there mostly voted for the JUP, and had been party workers, younger people largely transferred their support wholesale to the MQM. If the JI party workers fought in other districts, in Liaquatabad they co-existed fairly amicably. Now the JUP is a distant memory in Liaquatabad, with minimal relevance to young people — some of whom would be hard pressed to recognize the name. It seems incredible to wonder if the day might arrive — it would certainly be in a post-Altaf world — when the MQM meets the same fate. Indeed, both younger and older generations in this neighbourhood seemed less interested in politics altogether, afraid of the Rangers’ brutality, overwhelmed by the high cost of living in Karachi and the need to work and generate income, with these burdens falling even on children. Although many asserted with conviction their loyalty to the MQM-Pakistan, even with its headquarters just across the river in PIB Colony, the atmosphere was sombre.

Dr Nichola Khan is an anthropologist and a principal lecturer at the University of Brighton in the UK.