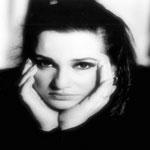 I am a British-Pakistani woman and a Muslim. Though technically ‘brown’, I am fairly light-skinned. I don’t wear the hijab, niqab or other derivations. I rarely if ever use the word ‘honour’ in daily conversations, mainly because I consider it an artificial patriarchal construct. ‘Curry’ is not part of my daily diet and I actually enjoy a variety of cuisines beyond South Asian. I am also not planning to migrate to the remaining Isis pockets in Syria in search of a husband or the meaning of a jihadi life.

Consequently, as far as the British media is concerned I don’t really exist. I am the invisible British Muslim woman. I never see myself on the television screen or in the daily pages of a newspaper. I suppose I am not what you call representative. Or, more bluntly, I don’t fit the expected; nor do I enhance the monolithic narrative.

Tomorrow, a new show starts on a major British television network where the main protagonist is made to fit the visible stereotype that I don’t inhabit. Channel Four’s ‘My Week as a Muslim’ focuses on a white woman going undercover as a Pakistani Muslim in order to expose Islamophobia. The show documents her experiences in Manchester in the week following a terror attack at the city’s arena where pop star Arianna Grande was performing. Twenty-two people were killed. It was probably a revealing time in which to film. The police say Islamophobic attacks soared more than 500 percent in Greater Manchester after the suicide bombing.

Take away the details and the format has been used before in multiple shows including ‘Undercover Boss’ (also a Channel Four production) where CEOs disguise themselves as novices to work alongside their own employees to discover faults in the company. The undercover boss physically alters his appearance to escape recognition – trying a new haircut or wig, glasses, a different wardrobe and a fictitious back story. My Week as a Muslim embraces many of these ideas but goes one step further. Katie Freeman, 44, whose Muslim week comprises the core of the documentary is given fake yellowed teeth, a prosthetic nose and darkened skin to appear as a British-Muslim woman of Pakistani ethnicity.

Looking in the mirror I see slightly uneven but reasonably white teeth, a shnoz that’s not particularly massive and what many would probably deem to be quite light skin. Many other Pakistani women look like me. We are both dark and light-skinned. We are not a collective – either intellectually or looks-wise. I wasn’t aware we had larger noses than most; do we? Not all of us wear the hijab – though perhaps it befits the script for the protagonist to look patently Muslim.

Even so Katie Freeman didn’t need to be ‘brown-faced’ to look like me. But perhaps she had to look more Pakistani than a Pakistani in order to fit the stereotype. The producer of My Week as a Muslim is British-Pakistani Fozia Khan, who should surely know better. “I don’t want to be typecast,” she had written in the Huffington Post about why she didn’t previously focus her career on making films about Muslims and Pakistanis. But now that she is in the director’s chair and making those sorts of films surely she can understand that the rest of us don’t want to be typecast too.

The trailer caused quite a stir on social media and, while some of it carried the fire and brimstone that normally accompanies online debate, some very valid points were brought up. Alice Beggs tweeted: “Just saw Channel 4 have a show called ‘My Week As A Muslim’ where this white woman has brownface and prosthetics so she can learn about racism etc. Because god forbid we just listen to Muslims when they tell us what abuse they get.” Beggs is of course absolutely right, but coming from a television background myself I can understand that getting a woman with her own set of prejudices about Muslims to walk in “another’s shoes” as the trailer proclaims makes for dynamic, highly watchable television. It would have made for equally watchable television without the prosthetic nose and darker skin.

A spokesperson for The Muslim Council of Britain told The Guardian newspaper: “The use of brownface and blackface has a long racist history and it is not surprising that it has caused deep offence.” In fact, Freeman’s transformation is unnecessarily heavy-handed and unnecessary; when most people see a woman in a hijab in the UK they don’t really ‘see’ her face, they just observe her either as a representational cultural figure or reduce her down to her garments.

Which is why a mainstream protagonist taking viewers on her journey encourages them to consider how they might feel facing high-level abuse as some British Muslims now seem to do on a daily basis. In 2010, the Islamic Human Rights Commission conducted a survey: about 50 percent of Muslims said they had not witnessed Islamophobia; that figure that has now crashed to 18 percent. Before Katie Freeman spent a week as a Muslim, she admitted she would avoid sitting next to a Muslim on public transport because “you see them and think they’re going to blow something up.” Now she says: “I’m amazed. They’re just the same [as us], aren’t they?” Freeman says she suffered extreme levels of abuse on the street as a Muslim and nearly quit. Her fear of Muslims has turned to empathy.

Writing in The Guardian, Shaista Aziz who runs the anti-racism digital platform, The Everyday Bigotry project says that women who appear Muslim are particularly vulnerable to racist attacks in the UK but many are reluctant to report them. One young woman in London revealed that she hadn’t told her family about the racist attacks she experienced because they might force her to give up her university education. Saima Alvi, the 49-year-old Muslim woman who hosted Katie Freeman during her Muslim week, says she suffers daily abuse in public spaces: “It’s very humiliating that I am pigeon-holed or put in the same box as a terrorist.” “People always tell me to go home. But I was born here!” reveals Alvi’s daughter.

That the show attempts to spotlight this sort of abuse, even if through a mainstream protagonist, shows good intent. “We wanted to do something bold...to take someone with no exposure to the Muslim community and give her a really authentic experience,” producer Fozia Khan says. So far, so good. “The transformation in her appearance was important for that,” she goes on. I beg to differ. There are white women who convert to Islam and wear the hijab on UK streets. Had the show merely disguised Katie Freeman to that extent I wouldn’t be writing this column.