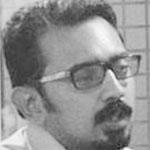 For decades, the people of Karachi have suffered due to administrative mismanagement by successive governments and various state institutions. This mismanagement and suffering has become a new normal and we react only when all of this turns into a catastrophe. What we fail to understand is that this is not a competency issue; there are powerful groups that are served by this mismanagement.

Since 1947, there has been continuous inflow of population in this city as it serves as the economic hub of the country. Most of the migrants belonged to the working and salariat classes, initially required by the industry and the administration. Initially, the administrative infrastructure was young and the population coming into this city was huge. The government and state institutions failed to provide adequate housing and other necessities of life to these migrants.

In such circumstances, people were asked to live in camps and informal settlements which were later on converted into formal settlements. These migrants were at the disposal of corrupt government officials and their agents if they wanted to survive in this city. With time, governments should have developed a plan for this city but instead this model grew further with these mafias growing into private sector giants, especially in the field of construction.

There is a reason why today the people of Karachi are at the mercy of the private sector for every basic service – whether transport, water, land or any other resource. The state has deliberately failed to provide shelter to the working and salariat classes and has instead allowed Karachi’s land to be turned into an investment ground for real-estate and builder groups.

Railway land has been occupied by huge plazas, elite societies have been built by cutting mangrove forests, and projects have been constructed on lakes. Builders have built projects not beside nullahs, but on them, apartment blocks have been built on university land and even Sui Southern's land has not been spared.

Interestingly, the mismanagement caused by these forces keeps creating a mess in the city and the same forces then use such crises to make further profit. For example, last year when Karachi experienced urban flooding due to years of mismanagement, instead of addressing the negligence, the government transferred the blame on the slum dwellers. The issue was smartly used to acquire further grant from the World Bank, and the nullah cleaning project was categorized as component 1 of the Solid Waste Emergency and Efficiency Project (SWEEP).

Initially, neither the World Bank experts nor the government thought that the nullah cleaning required any evictions. It was between June 2020 and September 2020 that the housing near the nullahs was reframed within the narrative of encroachments and an order was obtained from the Supreme Court to remove all the encroachments on the nullah; the court did say though that all affectees were to be rehabilitated, with all the necessities of life.

This order provided a golden opportunity to construction companies which colluded with the government to develop profit-making projects by evicting a huge working-class population of District Central and Orangi Town. So, the problem that occurred due to the complete negligence and inefficiency of the federal and provincial governments turned into an opportunity to make millions by robbing working-class families of their leased and legal houses.

Had the intention been the cleaning of nullahs and development of an effective mechanism of drainage, the government would have referred to the comprehensive plan developed by Shaheed Parveen Rehman or seek the opinion of experts like Mr Arif Hasan and Dr Nousheen Anwar. All experts are of the view that the cleaning of nullahs or development of an effective drainage system do not require any evictions and there is no need for huge roads on both sides of the nullah.

Unfortunately, despite such understanding among the experts, a deliberate campaign was run against working-class settlements, which absolved the government and provided an opportunity to real estate and construction to make a huge profit out of this crisis. A web of lies was constructed to confuse the courts, approve a loan from the World Bank and deprive the people of Karachi just to benefit real-estate. The government deliberately kept the courts in the dark about the fact that most of these settlements were already at a distance from the nullahs, and have proper leases granted by the same institutions that are demolishing them today.

In January, a committee was made to consult the community regarding rehabilitation and compensation before demolishing these neighborhoods. Unfortunately, neither did these consultations take place nor was it decided where to settle these people. But the demolition operation started – on the basis of an unprofessional plan developed through a drone map created by the students of NED University – not even approved by the Survey of Pakistan Department.

Similarly, neither did these relevant authorities adopt any procedure to cancel the leases nor did they serve any notice to even a single affectee before demolishing their houses. A proper propaganda campaign was run, misguiding people that their leases had been cancelled and their papers had no legal value in the courts anymore. Furthermore, when someone asked for notices and other legal documents that person would be arrested. Or residents would be asked to pursue the courts, knowing full well that in the process their houses would be demolished.

It is ironic that on the one hand huge projects are being regularized in this city, many of them encroaching acres of fertile, natural and forest land, and on the other hand around 25,000 families are being robbed of their houses, mostly leased, in the name of encroachment. It is clear that this city is being used to serve the interests of various capitalist projects and these projects require the eviction of the working and peasant classes.

Now the fate of around one lakh working class people is in the hands of the courts. In all this, one thing is very obvious: elite residents of elite housing societies will never face what the working-class people residing near Orangi and Gujjar Nala are facing today – because class does matter.