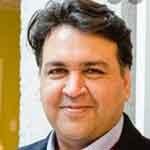 “You can disagree without being disagreeable” – Justice Ruth B Ginsburg

The public discourse on the recent Supreme Court judgments in the Justice Qazi Faez Isa case is diametrically divided in two camps. On the one hand is the ‘judicial independence’ school, which portrays the judges (eg Justice Mansoor Ali Shah & Others) who quashed the presidential reference as well as the FBR proceedings against Justice Isa’s family as being jurisprudentially correct, morally superior and personally courageous. On the other hand is the ‘judicial accountability’ school, which portrays the judges (eg Justice Umar Bandial & Others) opposing the quashing of the FBR proceedings as actually being on the right side of jurisprudence, morality and courage.

Therefore, looking beyond the subjective world of judicial intentions, let us examine these differences among judges by objectively examining their differing judicial approaches.

Big picture: It is a misconception to understand the differences between judges in the Justice Isa case in terms of pro-justice Isa and anti-justice Isa judges or pro-government and anti-government judges because there is unambiguous agreement among all the judges on two main issues.

Only a morally and legally bankrupt government will see the earlier majority judgment of June 19, 2020, as being in their favour. But the divergence among judges lies elsewhere: judges like Justice Bandial and Justice Munib have a more cautious and incrementalist judicial approach, informed by a centrist-liberal oriented ideological and policy framework, whereas Justice Baqar, Justice Mansoor and Justice Afridi have a more bold and risk-taking judicial approach, informed by a unambiguous liberal oriented ideological and policy framework.

Governmental malafides: One of the principal issues of judicial disagreement was whether the presidential reference was also a result of malafide in fact or deliberate malintent. The consequences of a finding of malafide in fact is that it results in making the malafide actors accountable, which in this case would be the authors and executors of this presidential witch hunt.

Keeping in view such far-reaching consequences, Justice Bandial held that positive and cogent evidence for such malafide intention was lacking in this case. On the other hand, Justice Mansoor (concurred by Justice Baqar and Justice Yahya) held that this was a “judicial witch-hunt” and the “vengeance and resentment against the Petitioner judge is more that visible”, which led to an inevitable inference that the presidential reference was motivated by malafide intent “under the grab of accountability”. Therefore, the difference here between Justice Bandial and Justice Mansoor is one of jurisprudence, between a cautious and a more bold judicial approach in interpreting the facts.

Prosecution or avoiding conflict: Justice Bandial’s conclusions are damning: the presidential reference was based on an invalid investigation; the advice of the attorney general and law minister was inadmissible; the president failed to notice legal and procedural defects; and there was no evidence of any misconduct by Justice Isa. Although Justice Bandial stopped short of ordering any prosecution because he found no positive evidence of deliberate mala-intention, the point remains that after such damning findings, any government with any legal and moral self-respect would have fired the chief architects of this witch-hunt.

On the other hand, after finding mala-intention, Justice Mansoor ordered the prosecution of the authors and executors of this presidential witch-hunt. Justice Mansoor thought that a lack of prosecution would lead to a “regress into darkness by permitting unconstitutional acts that allow muffling of a critical judicial voice in the name of judicial accountability”. Therefore, judicial disagreements here are about different policy considerations arising from a divergent strategic reading of the future consequences of this case but crucially influenced by a centrist-liberal and unambiguous liberal ideological divide as is obvious from the language and tone of these differing judgments.

Judicial misconduct: At the heart of this judicial conflict is a genuine disagreement about what constitutes judicial misconduct. Justice Bandial held that “there is a continuing obligation on a judge to keep himself informed about the financial interests of his family members”. It is precisely for this reason that Justice Bandial directed the FBR to inquire into the source of funds of the foreign properties of Justice Isa’s family for its possible connection with Justice Isa and, thereafter, to place the said report before the Supreme Judicial Council (SJC) in order to look into matters of misconduct (if any) of Justice Isa.

Justice Mansoor, on the other hand, held that a judge cannot “be made vicariously liable for misconduct for his family affairs” and therefore, there is no need for any referral to FBR or the SJC. Actually, it seems like a legal nightmare to define the contours of judicial misconduct as neither Article 209 of the constitution nor the Code of Conduct provides any clear answer.

Procedure of accountability: Irrespective of the public misconception, all the judges considered both judicial independence and judicial accountability as essential and complementary to each other. The judges differed not on the importance of judicial accountability but the correct procedure to be adopted for such accountability. Justice Bandial held that “the institution cannot be perceived to be ignoring an unpleasant allegation of undeclared foreign assets of a family member of a judge” and thus, referred the matter to FBR to inquire and left it to SJC to look into the matter of misconduct.

On the other hand, Justice Mansoor accepted that the FBR under its own law could have inquired into this issue of foreign properties by even issuing notice to Justice Isa and, similarly, the SJC could have taken suo-motu notice into this issue of foreign assets, if there was any concrete evidence against Justice Isa but what they objected to is the matter being referred by the Supreme Court to the FBR as well as the SJC to compulsorily look into this matter. In the end, what proved critical, and the judicial disagreement arose out of, was the judicial instinct of Justice Mansoor, Justice Baqar and Justice Yahya as they had already foreseen the future malafide FBR report against Justice Isa’s family because a malafide presidential witch-hunt was bound to produce a malafide FBR report.

In conclusion, the righteous victory of Justice Isa must be celebrated but we must be careful not to play the game of this hybrid regime of pitting judges against judges, whose only fault is that they disagreed with each other.

The writer is a practising advocate of the Supreme Court of Pakistan.