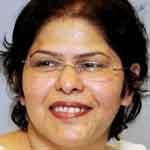 The politician versus the bureaucracy

Punjab chief minister’s advisor on information Firdous Ashiq Awan’s recent public altercation with the assistant commissioner of Sialkot has been condemned by many without addressing the underlying issue – besides Awan’s personal crudeness, the incident demonstrates the uptight relationship between people’s representatives and the state bureaucracy.

Publicly insulting bureaucrats or threatening to discipline officers is one of the greatest populist tools in the country’s political dictionary used to boost a leader’s image. Furthermore, such behaviour reflects the politicians’ deep-set suspicion of the bureaucracy and appreciation of the general weariness of man on the street when it comes to civil servants.

Instead of making her unpopular, Firdous Ashiq Awan’s behaviour may have made her more popular and added to her image of being a ‘man’ in the PTI team. Leaders in the past have also earned accolades for publicly discipling civil servants, especially those from the administrative services and the police. The history of the first PPP government during the 1970s is replete with incidents when even the party jiyalas (workers) were known for abusing etc deputy commissioners or even more senior officers. In the early 1990s, a senior superintendent of police in Okara had fainted on being publicly scolded and then being suspended by the prime minister. Those leaders that behaved sensibly were also haunted by the need to control the civil service.

While public reproach resonates with the common citizen, it indicates failure of imagination to reform the bureaucracy, which is the underlying issue behind such behavior. Broadly, governments, starting from Yahya Khan and right up to Imran Khan, have used four strategies to tame the civil service: (a) instilling fear of punishment, of sacking or of insult; (b) civil service reforms; (c) populating the bureaucracy with loyalists through lateral entry and quota for military personnel; and (d) drawing a select group of civil servants into a personalized political patronage system and using them to discipline the rest. Every government in power has used its own formula to bring the civil service under its control and make it deliver. None has succeeded in making the civil service efficient or less corrupt and arrogant.

In the last decade or more, services like the police seem to be following in the footsteps of the military to enhance power in society and in power politics. Political governments, on the other hand, have found it difficult to develop a healthy partnership with the bureaucracy. Even where efficiency is relatively improved as was done by Pervaiz Elahi and later Shahbaz Sharif in Punjab, it is based on extending patronage rather than ensuring complete subordination.

Zulfikar Ali Bhutto tried to discipline the bureaucracy by using a mix of punishment and reforms. While 1300 officers were sacked, extensive reforms were introduced to downgrade the power of the CSP class. The government also took away constitutional guarantees of job security which is something that generations of civil servants have complained about as the key pressure that mars their efficiency. This is more of an excuse as the bureaucracy succumbed to power and pressure even before the 1970s. However, Bhutto’s reforms or treatment of the civil service resulted in a more hostile relationship.

The PPP’s veteran leader, Dr Mubashar Hassan, often spoke about the civil bureaucracy being the real power behind bureaucratic state power and the weakness of political forces. In fact, a post-1977 popular myth (besides that America had a hand in Bhutto’s hanging) was that the civil bureaucracy was instrumental in Bhutto’s ouster. The overall lack of political stability has sustained the power of the bureaucracy that in the eyes of the common person remains the reprehensible naukershahi.

When politicians overtly express their power in a crude or sophisticated way people applaud because Bhutto’s definition of the civil service as a group of ‘Brahmins’ that is “unrivalled in its snobbery and arrogance, insulated from life of the people and incapable of identifying itself with them,” resonates with them. Dr Saeed Shafqat, who is one of the few people to have observed the civil bureaucracy for years and written about it, would probably argue that it may not be fair to call civil servants ‘mandarins’ as their class basis has changed over years. However, the institutional behaviour does remain ‘brahmanical’. The origin of the current bureaucracy being middle class does not inculcate institutional egalitarianism but must be seen as individual members viewing the civil service as a means of social mobility and turning into, what Shafqat describes as, an elite of achievement.

Thus, there may be excellent individuals in the bureaucracy but the institution on the whole, as Andrew Wilder argued in his paper on civil service reforms in Pakistan, retains the character of the legitimizing power of a bureaucratic state rather than a tool for serving people. The bureaucracy and the bureaucrat generally do not like accountability or to be questioned about performance.

Over the years, governments have failed to turn the bureaucracy from an instrument of power to a means of helping the average Joe on the street. The bureaucracy is too conscious of the communication gaps, inability and weak intent of those running the government to make institutional improvements. Despite the unhappiness of foreign service officers on being told off publicly, the fact is that Pakistan’s diplomatic missions generally are under-performers in serving the diaspora. However, Imran Khan’s act of public censure is not necessarily driven by an intent to reform but earn quick brownie points, especially if he has to contest elections in the future.

An even bigger reality is that Khan’s formula of Dr Ishrat Hussain-led civil service reforms has not worked, leaving the country with an ambitious and frustrated prime minister, and equally despondent masses.

The writer is a former civil servant, and research associate at the School of Oriental and African Studies (SOAS), London.