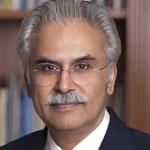 Today is World AIDS Day. While we are struggling with the second wave of Covid-19, it may sound impertinent to talk about an issue which is not even considered as an issue.

Lest we forget, the determinants of spread of diseases and our readiness to respond to them are generally the same and squarely depend on the resilience and organisation of the underlying health system. Covid-19 has illustrated this tragically, so would be the case with many other diseases. Let us turn to some hard-hitting facts about HIV in Pakistan.

Currently, an estimated 190,000 people are living with HIV (PLHIV) in Pakistan. We have the highest rate of increase in number of new HIV cases in Asia and Pacific after the Philippines – a 75 percent increase between 2010 and 2019. Contrary to countries like Indonesia, Thailand and Vietnam where the number of new HIV cases is actually decreasing, we have around 25,000 new cases every year.

The riskiest group for HIV in Pakistan is injectable drug users. Exchange of safe needles programs and providing Opioid Substitution Therapy (OST) to injectable drug users are proven strategies for harm reduction and lowering HIV rates among them. Pakistan has unnecessarily avoided OST, for fear of abuse, but during my tenure as minister I got this approved by the prime minister and I hope now this is in the process of implementation.

The emergence of highly active antiretroviral therapy (HAART) in the mid-90s has hugely transformed the management of HIV. A combination of three antiretroviral medicines (ARVs) has proven benefit with 60-80 percent decline in rates of AIDS, death, and hospitalization. Use of ARVs by people practising high risk behaviour has proven to reduce the transmission of virus by more than 90 percent. Apart from raising awareness about the spread of HIV, the supply of ARVs for prevention and treatment is the mainstay of managing HIV. In Pakistan, sadly, only around 13 percent of PLHIV had access to ARVs in 2019 and there are no reliable figures available for the preventive use of ARVs. Access to diagnostics is also very low in the country. All ARVs and diagnostics are imported in Pakistan. In 2017, around two-thirds of key populations didn’t know their HIV status. Hence, the numbers of known PLHIV is a gross under-estimation.

The government of Pakistan is hardly spending any money on HIV. Prevention, testing and treatment are all entirely dependent on the Global Fund to Fight AIDS, TB and Malaria. After the 18th Amendment, the National Program for AIDS does not exist anymore, and there is no reliable disease surveillance and monitoring system at the national level.

PLHIV are generally poor people. Because they are voiceless and practise behaviour society looks down on, they end up disowned, stigmatised and hapless. In this context, the Association of PLHIV is doing a commendable work. As a nationwide network of PLHIV and associated populations, it works for raising awareness about HIV/AIDS, equal rights, dignity and destigmatisation. The association has approximately 15000 members with HIV positive status; these include around 2000 female members and 800 children – and it has helped established specific networks of HIV females, drug users and HIV young people.

The association also runs a toll-free helpline and distributes ARV supplies to HIV positive and high-risk populations. The leadership of the association work in challenging circumstances and lament the lack of government ownership and support for PLHIV. ARV supplies and medicines for co-infections remain a challenge for them for which they rely entirely on external support. In this environment, lack of treatment adherence by its members remains a common problem.

The outbreak of HIV in 2019 in Larkana infected more than 900 people, predominantly children, highlighting the importance of unsafe injection practices in health facilities. I will never forget seeing flocks of desperate mothers carrying their small children in Ratodero to get them tested and treated. Availability of ARVs there continue to be a challenge. The Global Fund, WHO, Unicef, UNAIDS and many other development partners have thankfully continued support.

This experience led me to set up a National Taskforce for Injection Safety, which has set a goal to switch from reusable syringe production and import to auto-destruct syringes. Pakistan also has the highest prevalence of Hepatitis C, another blood borne disease, which has a strong association with HIV because of underlying unsafe injection practices and unsafe blood transfusions.

AIDS has deeply ravaged economies and social fabric in many African countries. ARVs has substantially reduced AIDS-related morbidity and mortality and has improved long-term outcomes for PLHIV. Most countries in the West have overcome the HIV epidemic through improved management and care of HIV positive people but there are countries, including Pakistan, where big HIV epidemics are in the making. Ratodero was just a trailer. The same conditions continue to prevail in most parts of the country. Governments, federal and provincial, have to show strong commitment, including financial commitment.

Our people are affected and we should be prioritising their care by spending our money rather than continue to completely rely on external support. The positive news however is that HIV services are now included in the officially adopted National Essential Health Services Package at the PHC level. We should open our eyes to the looming threat of HIV and AIDS.

The writer is former special assistant to the PM on health, and currently WHO adviser on UHC.