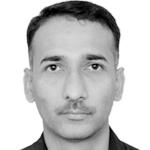 The PDM has kicked off a new season of political protests and marches to get rid of the ‘fake government’ responsible for inflation, unemployment, and economic destruction.

Pakistan has a long history of protests, strikes, and sit-ins, with enormous media coverage of these activities. The right to protest is considered a sign of a healthy democracy.

What are the economic costs of such protests? A recent study by Selmi and Bouoiyour (2020) shows that political uncertainty has adversely affected investment decisions. The financial markets tend to react to new information concerning political events that may significantly influence the country's macroeconomic, fiscal, and monetary policies. Political events are followed by investors, who form or revise their expectations based on these events' results. This study concludes that political uncertainty hurts the financial market in the USA.

A study by Shonchoy and Tsubota (2016) shows that the manufacturing sector's cost rises by about 1.17 percent due to the disruption caused by strikes in Bangladesh. A study titled ‘The Economic Cost of General Strikes in Nepal’ reveals that the average direct cost of general strikes was 1.4 percent of GDP in Nepal. These strikes resulted in a reduction of GDP growth rates from 0.6 percentage point to 2.2 percentage points.

In France, the strikes caused a drop of around 0.17 percent of GDP, and more than two-thirds of the loss in GDP was born by the private sector. Similarly, the strikes in Spain cost 0.1 percent of GDP, while in Austria, it costs around 0.46 percent of GDP. Another study shows that the protests caused an average decline in stock prices between 0.4 percent and1 percent.

In light of global evidence, especially from neighboring countries like Nepal, Bangladesh, and India, we can assume that such strikes would cost up to two percent of GDP per year. This direct economic loss is three times greater than the total expenditure on social protection (only 0.6 percent of GDP allocated for social protection). The economic loss highlights the consequences for the poor. Pakistan can easily alleviate poverty and hunger if the same amount (loss in protests) were invested in the poor.

Abbas, Ahmed, and Husain (2019) show that political instability and policy uncertainty shatters investor confidence and, hence, lowers the level of overall investment in Pakistan. Investment activity flourishes under stable political and economic conditions, while uncertainty on either front is detrimental to the investment climate. In such an uncertain environment, firms follow a wait and see strategy and tend to postpone their investment decisions.

Pakistan is a country with great prospects to develop. But today it is one of the slowest growing countries even in the South Asia region. South Asia’s economic outlook (2020) shows that Pakistan is the least growing country in the region with a growth rate of 1.9 percent compared to India (4.2 percent), Bangladesh (8.1 percent), Maldives (5.9 Percent), Afghanistan (3.9 percent) and Nepal (7 percent) in 2019.

If we can somehow restore political stability, the economic potentials – ranging from human capital to natural resources – can quickly change the outlook of a country. In contrast, continuations of strikes and protests would further worsen the economy.

Political parties, therefore, should ponder the costs of protests and strikes. Pakistan faces chronic problems such as low economic growth with a high triple deficit, poverty, hunger, low-quality human capital, terrorism, and a weak governance structure. Unwanted strikes and other similar events have wasted politicians and other experts' valuable time, including that of the media.

We can spend the same amount of time discussing the real socioeconomic challenges to improve the country's economic prosperity. The government and relevant authorities should revisit their approach to deal with strikes organized by the political parties. The revised political process requires developing a culture to deal with a problem quickly and honestly.

A responsible political system is committed to creating a favourable environment. It facilitates investments to stimulate economic activities – hence, economic growth. In such a situation, citizens have less incentive to participate in political activities since they engage in economic activities evident in the developed world.

The writer is associate professor at the Pakistan Institute of Development Economics (PIDE).