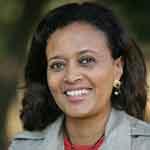 Every year on October 11, the world celebrates the International Day of the Girl Child. This day helps us renew the pledge to work with girls to amplify their voices and stand up for their rights. The pledge made in 1995, when more than 30,000 women from 200 countries arrived in Beijing for the World Conference on Women, determined to recognize the rights of women and girls as human rights.

Twenty-five years later, we celebrate achievements by, with and for girls on October 11. What started as global women’s movements campaigning for sexual and reproductive health rights, political participation and equal pay, to name a few, expanded to movements organized by and for adolescent girls.

The theme this year is 'GirlForce: Unscripted and Unstoppable'. Today, girls’ movements are stopping child marriage, promoting girls’ education, standing up against gender-based violence, demanding action on climate change, tackling issues of self-esteem, and engaging with relevant authorities to advocate for financial investments in their communities.

Globally, more than 1.1 billion girls younger than 18 years of age are poised to take on the future. Investing in them – including their health, education and safety – allows them to build better lives and to create a more peaceful and prosperous world for us all.

For 70 years, Unicef has been working with the government of Pakistan to promote child rights in the country with a special focus on girls. We have come a long way. Girls are getting more recognition as a potential force in the process of national development. More girls are attending and completing school, more are gaining the skills they need to excel in life and fewer are getting married or becoming mothers while still children. However, despite progress, girls still learn less, end up earning less and have fewer assets and opportunities. A lot more needs to be done to bring girls at par with boys.

According to the National Human Development Report 2018, Pakistan currently has the largest percentage of young people ever recorded in its history. Of the total population, 64 percent is below the age of 30 while 29 percent is between the ages of 15 and 29 years. This youth bulge is a major advantage for the country and girls are a sizeable part of it. They are talented and skillful but face multiple issues including discrimination in education, gender biases, sexual harassment, child labour, early marriage, social pressures, and rape and honour killings.

In the education sector, which receives only 2.8 percent of the total GDP, Pakistan has the world’s second-highest number – nearly 23 million – of out-of-school children at the primary level. Girls are particularly affected. Disparities based on gender, socio-economic status and geography are holding them back. In Balochistan, 75 percent of girls are out of school. Many of these are forced into child labour or early marriage.

It is high time Pakistan invested more in girls. Investing in girls means investing in a better future that is equal for all – for girls themselves, for their families and for communities. Progress made in the last 25 years is remarkable, but girls around the world and in Pakistan – especially those living in rural areas or humanitarian settings and those with disabilities – still need us to stand with them to achieve their full potential.

Because girls are discriminated against from the earliest states of life, through their childhood and into adulthood, the following steps are imperative to be taken for advancing girls rights in Pakistan: promote and protect the rights of girls and increase awareness of their needs and potential. Eliminate violence against girls. Eliminate all forms of discrimination against girls in provision of services including health, nutrition, education, skills development, training and job opportunities. Eliminate negative cultural attitudes and practices against girls. Eliminate the economic exploitation of child labour and protect young girls at work. Promote girls awareness of and participation in social, economic and political life. Strengthen the role of the family in improving the status of girls.

In terms of rights, 2019 is a special year for children of the world. It is the 30th anniversary of the United Nations Convention on the Rights of the Child (CRC), the most rapidly and widely ratified international human rights treaty in history. It was through the CRC, signed 1989, that the world acknowledged that child rights are human rights too. Pakistan ratified the CRC in less than a year, making a strong commitment towards ensuring the fundamental rights of the child in the country.

As we commemorate the #[email protected] and 25 years of progress since the Beijing Declaration, let’s work to reinforce girls’ rights in Pakistan. This includes the rights to a safe childhood, to decide for themselves, and to education and skills – in short, their right to the future they want and be the 'GirlForce: Unscripted and Unstoppable' to take Pakistan forward.

The writer is the Unicef representative in Pakistan.