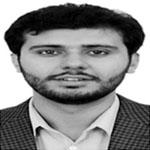 Trump’s latest tirade against Pakistan has shamelessly levelled allegations of harbouring terrorists on the government. This is nothing new. Previous US administrations have repeatedly underplayed Pakistan’s contributions in this conflict and asked Pakistan to ‘do more’.

Before discussing what is unique about Trump’s most recent statement, let’s take a brief look at what Pakistan’s role has been in the war. Ironically, Pakistan – which has repeatedly been accused of providing a safe haven for terrorists – has its hands crimson with the blood of more than 70,000 civilians who have succumbed to terrorism. I wonder if any other nation can claim to have lost more. This is in addition to the 7,000 personnel of the armed forces who have laid down their lives fighting for a world free of terrorism.

The financial effect of the war for Pakistan exceeds $123 billion. If viewed in this context, Trump’s words are far more damaging. In his diatribe, Trump not only turned a blind eye to the efforts of its non-Nato ally in the conflict, he also had the audacity to go a step further and slam Pakistan for providing a lighthouse for terrorists.

Trump asserted that Pakistan “has much to lose by continuing to harbour terrorists” and threatened to cut aid to the country. The total aid that Pakistan has received in the past 16 years is not more than $30 billion – a figure that is not commensurate with the cost that Pakistan has incurred in the war. The aid is not even enough to cover the bill for Nato supplies over the period. Hence, Trump’s accusations and threats make a mockery of Pakistan’s decade-long struggle and speak volumes about the government’s recklessness.

With so much at stake in the war on terror and at a time when the conflict appears to be at a critical point, the question is: what prompted the president to say all that? To understand the harsh stance taken by the US, we need to examine the changing geopolitical scenario in the region, especially in light of CPEC – the greatest threat to US hegemony in the world.

The US obviously views India as the strongest bulwark against China’s growing power. As a result, a weak and unstable Pakistan serves the interests of India and the US. Trump’s derisive tone and the contents of his speech is important and can have unforeseen consequences. However, the wave of panic and fear in Pakistan’s power corridors about the possible military intervention are still misplaced. Pakistan is not Iraq or Afghanistan. It is a nuclear state. Ever since those fateful days in Hiroshima and Nagasaki, nuclear states have never locked horns with each other. Nuclear powers, at best, fight proxy wars. In addition, Pakistan has one of the strongest armies in the world and no sane power can contemplate interfering in this area where four of the seven nuclear powers of the world rub shoulders.

Pakistan appears to be taken aback by Trump’s statement – which is, at best, a diplomatic failure. The mood of the administration has been clear since Donald Trump got elected to public office. If Pakistan was not prepared for this, it should have been. Yet, there is no use crying over spilt diplomacy.

The country’s foreign policy is still unclear and needs to move in a clear direction. It needs to be more visible and proactive, which clearly shows its allies and relations with major powers. China and Russia’s statements are a source of confidence for the government of Pakistan. China has acknowledged that Pakistan is at the frontline of fighting terrorism. Given the fact that China is a much stronger stakeholder in the war on terror in South Asia than the US will ever be, this statement should be given far more importance than Trump’s gibberish.

If Pakistan plays its cards right, the US president’s words might go down as yet another addition to the long list of ludicrous things he has said and will continue to say for three more years.

Pakistan needs to strengthen its ties with China and Russia and send a clear message to the US and the world that when it comes to threats and accusations, Pakistan stands as committed, strong and serious as it has been in the war on terror. Trump’s speech should be construed as an opportunity for Pakistan rather than a threat that can trigger panic. Donald Trump tried to bully Pakistan and Pakistan should use this chance to send him a clear message, once and for all.