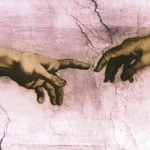 Chaudhry Nisar has suddenly come to represent, for himself and for some media commentators, all that is good but becoming extinct in our politics. He has shown character; he has acted like a true political worker; he has exposed the fact that the PM is surrounded by sycophants and at the same time dashed the hopes of those who wanted him to change his loyalties and betray the PML-N. One wonders if this is a serious analysis or an overblown paraphrase of what Nisar has said in what is essentially the most lethal attack on the PML-N so far. This attack has the interesting quality of coming from both within and without.

With one presser, this most senior PML-N leader has reduced all those — new and old — fighting a battle of survival for the PML-N under Nawaz Sharif to either a bunch of abusive political upstarts or gang of dishonourable lickspittles. He has warned that “the little respect and dignity left” to the party — and his tone and smirk made it clear that it is in fact nothing more than a semblance — would be lost if Nawaz Sharif didn’t listen to the self-appointed “Devil’s Advocate”. The advocate of course is Nisar. But who or what is the devil here?

It naturally had to fall short of casting direct and abusive aspersions on Nawaz Sharif a la PTI, but in almost all aspects Nisar’s criticism was unmistakable in its reflection of the PTI’s tirades against Nawaz Sharif and the PML-“N” and those at the forefront of the Panama battles. For a man of the party who has nothing but good in his heart for Nawaz Sharif, Nisar was strangely devoid of any desire to perform a balancing act. He maintained a distance that is telling for the commentator, and must be terrible for the PML-N. This is not something that has not been speculated upon before. This distance should naturally also represent the measure to which Nisar has not been privy to inner consultations within the PML-N.

What is the implied but all too clear criticism here? That Nawaz did not resign, even after the first judgment, and chose to be pushed into confrontation, with whoever, by his present advisers. That he and his team targeted the JIT instead of coming clean. All this rendered the party more vulnerable and made the Sharif family a butt of public jokes. Whatever honour now is left, it is to be found in doing the right thing; which is: do not resist the final SC judgment which may disqualify you. So go and leave the party alone in power.

The PML-N has given no indication yet that in case of an adverse judgment it will go down a confrontational path. It has been talking about exercising “all legal options”. But even on the legal front, it has surprised many commentators by not taking too much of an aggressive line on many issues that came to surround the JIT, its report and the court. In short, there is no definite telling yet of what it will be up to in case Nawaz is disqualified. The possible strategies have to be several depending on the nature of the judgment — that is, if there is any capacity of strategic thinking left at all in the PML-N circles. The impression given so far by its ministers and representatives on the media is one of confidence that accompanies an array of options before the strategist. But looks cannot kill — certainly not what is staring the PML-N in the face. What is and is not behind the looks will soon be clear.

What is clear for now is that, coming at a time when the SC judgment is hours away, the Nisar offensive can be seen as a stern warning to the government against persisting on a path that Nisar has himself implied has not gone down well with the establishment. Couple it with the fact that Nisar has not resigned and chosen to stay and see which way the wind blows, and there starts to appear on the horizon possibilities of blocs, splits and political coups from within the PML-N. Potentially, another PML-N, or a PML-CH in the making?

This warning is accompanied with the usual national security narrative, in an usually ominous way. This makes us wonder — if Pakistan is being besieged by enemies and conspirators and the heavens may be conspiring our ruins, what does it say about the efforts to destabilize an elected government by politicizing, judicialising and “establishmentising” the Panama issue which we should not kid ourselves by saying is about corruption.

In the final analysis, there are certainly going to be those who say what Nisar represents at this moment is far from becoming extinct in our politics.