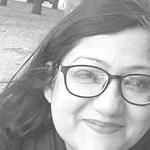 “No one is born hating another person because of the colour of his skin, or his background, or his religion. People must learn to hate, and if they can learn to hate, they can be taught to love, for love comes more naturally to the human heart than its opposite”. - Nelson Mandela

If the principles of the above quote are to be accepted, then what seems evident is that the new overt and blatant wave of action against religious and ethnic groups in the US under the Trump administration did not occur in a day.

Trump’s executive order regarding the travel ban imposed on people from seven Muslim majority countries did not happen spontaneously. The order is a pinnacle, an amalgam. He had an audience when he was campaigning for the presidential slot. He had support that got him elected. The essential question is: how did he sell his rhetoric to the public. We should not forget that Trump is a salesman who knows what will sell. The hatred for religious and ethnic groups such as Muslims and Mexicans was sold because there were customers who bought it.

The ban was never called the ‘Muslim ban’ by the Trump administration. But, we all understood what it meant. The original executive order saw US citizens and legal residents being harassed and penalised at airports. It was intended to not only be against the large numbers of Muslims who could no longer come to the US but was also intended to be a full-blown denunciation of Muslims who were already in the US – legal immigrants and people who had been naturalised or were born in the US.

The idea was to expel or perhaps more appropriately, snatch Muslims’ constitutional rights under The Bill of Rights and to turn them into unwelcome outsiders in their own land. It was to convey that Muslims, no matter what their legal immigration status, education, employment or contributions to society, will never be “Americans”. It is as if the Trump administration is now attempting to re-define what may or may not be considered “American”.

The infamous executive order on the travel ban issued on January 27, 2017 (six days after Trump took office) may be seen as the administration’s attempt to depopulate the US of Muslims. In fact, Steve Bannon, Donald Trump’s White House chief strategist, even went so far as to state that Muslims don’t have “the right DNA for democracy”.

Muslims, along with Native Americans, African Americans, Latinos and Asians seem to be an impediment to the apparent ‘cleansing’ of the US. The infamous wall which Trump wants to build across the US-Mexico border is an actual physical barrier to this effect. Trump has been known to call Mexicans criminals and rapists just because they are Mexicans just as he stated Muslims are terrorists just because they are Muslims.

But, it does not just stop at Muslims and Mexicans. Trump and his administration do not want to continue funding public schools. They do not want to see Native Americans oppose his Dakota Access Pipeline. His supporters desecrate Jewish synagogues and Muslim mosques while the White House remains completely silent.

In spite of all this, it is essential to remember that “Trump’s America” is not America. In the real US, an overwhelming majority of people – from different strata of society – have opposed the Muslim travel ban. In the US, federal judges reject such bans on constitutional grounds. In the US, most people oppose the wall on the southern border. In the US, Jews and Muslims unite and help each other when their houses of worship or graveyards are attacked by right winged, Neo-Nazi Trump supporters. In the US, most people oppose the ban on refugees and rightfully claim that such bans violate the US constitution and the very fabric on which the foundation of their country was laid.

This is the America we must never lose sight of. The buyers of Trump’s rhetoric are not the quintessential elements which define the US. The hatred spewed by the current White House does not define who Americans are. This too shall pass.

The writer is a teacher, writer, political columnist and member of the US
Democratic Party.