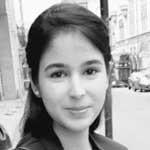 The Covid-19 pandemic exacerbated violence against women and girls (VAWG) throughout the world. In Pakistan, a country that ranks 164th among 167 countries in the ‘Women, Peace and Security Index 2019/20’, cases of VAWG increased by a staggering 200 percent. Appallingly, this increase only highlights the incidents that were reported. Incidents of VAWG remain severely under-reported in Pakistan, due to inaccessibility to the Criminal Justice System (CJS), restrictions imposed by the pandemic and social stigma attached to the offences committed against women and girls.

Owing to the rising cases of VAWG in the country, it is important to facilitate access to justice through the establishment of mechanisms that enable the reporting of VAWG. This should be a confidential and non-discriminatory process. Individuals should be able to report incidents in a timely manner and should be able to receive legal, medical and psychosocial support as well as a safe space where they can rehabilitate.

The first point of contact with the CJS for most individuals is the police. Research has indicated that women and girls feel more comfortable in reporting their grievances and complaints to policewomen as opposed to policemen. In view of this, Women Police Stations were inaugurated by late Benazir Bhutto in 1994 as female survivors are often reluctant to approach male police officers. Additionally, in many police stations across Pakistan, Female Help Desks have been established and cases pertaining to women and children are dealt only by the women officers associated with the desks.

Women Police Stations and Female Help Desks also promote the participation of women, who are currently underrepresented, in the police force along with increasing access to justice. Policewomen must be appreciated for their hard work and effort. However, oftentimes, having crossed several hurdles to report their grievances, survivors/victims do not receive a sensitive and suitable response to their plight. Additionally, despite the high prevalence of VAWG, the number of policewomen and Women Police Stations remain abysmally low. As per statistics revealed by the World Bank in 2017, only 6899 policewomen are working throughout Pakistan.

Moreover, access to Women Police Stations and Female Help Desks is discriminatory as they are scattered unevenly across Pakistan. In some areas, particularly rural and tribal areas, no Women Police Stations or Female Help Desks exist. Moreover, the premises of many police stations are inaccessible to persons at a high risk of facing violence, including: elderly persons, persons with disabilities and adolescent girls, due to mobility restrictions in reaching and entering inside local police stations. In some circumstances, language and speech barriers and the absence of translators make it impossible for individuals to report a crime.

Fortunately, the 15 police Helpline, Ministry of Human Rights (MOHR) Helpline 1099, the Punjab Women Helpline service 1043 as well as services provided by NGOs, such as the Sindh Legal Aid Call Center (SLACC) 0800-70806, etc provide legal aid, information and referrals. However, in Pakistan there is a severe gender gap in mobile phone ownership which often makes it impossible for women and girls to use digital or phone-based support services. Furthermore, restrictions imposed by the constant cycle of lockdowns during the pandemic further hinder women and girls from reaching out for help. This is reflected in a visible decrease of calls to helplines. The MOHR 1099 helpline which receives approximately 40,000 calls a month, received only 13 calls on VAWG/ Gender Based Violence (GBV) in March 2020.

Due to the above-mentioned reasons, incidents of VAWG remain severely underreported in Pakistan and the conviction rate in serious offences, such as sexual violence remains less than three percent. There is an urgent need to bring reforms in the policing system in Pakistan. There must be equality of opportunity and inclusive participation of policewomen and transgender persons in the police force.

The government must introduce incentives in order to motivate women to join the police force. This should include: better working spaces, environment and employment benefits. There should also be mass public awareness of the importance of women joining the police force. Further, training should be provided to the entire police force on gender responsive policing. The police curriculum must include women protection laws. Lastly, the location and buildings of police stations should always be easily accessible. The establishment of mechanisms aimed at improving the CJS is the only way of putting an end to VAWG.

The writer is a barrister.