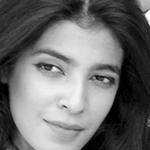 Time for a climate strike

“Greenhouse gases are bad”. “The Earth is heating up”. “Icecaps are melting”. “We’re all going to drown if we don’t get burnt alive first”. The four elements – earth, air, fire and water – are all angry and each is coming for us all in the form of landslides, hurricanes, forest fires and floods.

These are all lessons, warnings and stories about climate change that were supposed to light a fire under us to make us act. Fast. Only we did not.

We continued to cut trees. We burnt coal. We drilled into the ground recklessly in search of oil and gas. We polluted our water. We destroyed whole habitats in the name of industrial and economic progress. We endangered the land of the most disadvantaged communities, leaving them struggling to survive.

We thought climate change was distant; a problem for future generations. We dubbed it a false alarm, because even as disasters ravaged our land, the sun still rose the next day. No one made too much noise, because not enough important people were dying.

But now, finally, people have spilled out on the streets because climate change has spilled into their homes.

On September 20, the first ever nationwide Climate Strike will take place in Pakistan. There will be people marching in Lahore, Karachi, Islamabad, Turbat, Quetta and Peshawar. Call it an un-silencing of a conversation long overdue.

It has been easy to push climate change down the list of priorities. It remains abstract. There is no single culprit or target that can respond to petitions, press releases and impassioned op-eds. It can only be controlled in the long run, with measures that take years to bear fruit. It is a human rights issue like no other.

It is also a concept inaccessible to those most susceptible to its worst excesses. In Pakistan, there exists no local narrative around climate change and no well-known vocabulary for basic terms such as ‘emissions’, ‘fossil fuels’ or ‘biodiversity’ in national or regional languages. Ask a farmer why crop yields have become increasingly unpredictable over the years, and climate change won’t crop up even once.

This underscores the fundamental disconnect between the advocacy being conducted with states and corporations around climate change, and those that are its worst victims. The people who are being crushed by it have no idea what it is and leaders who do have the knowledge are doing nothing with it.

It is a metaphor that is replicated on the global stage. Pakistan’s Ministry of Climate Change has called it an “unearned ecological debt” – and rightly so. Pakistan is one of the lowest contributors to greenhouse gas emissions, yet is slated to be one of the most adversely affected countries in the world. Countries like the US, China, Russia and EU member states have become incredibly wealthy through emissions without paying for the costs to the environment. And now climate change has come to collect at the doors of the world’s poorest countries.

The United Nations special rapporteur on extreme poverty and human rights has warned against the risks of “climate apartheid”, where the rich will buy their way to survival. The July 2019 report states that “the poorest half of the world’s population – 3.5 billion people – is responsible for just 10 percent of carbon emissions, while the richest 10 percent are responsible for a full half. A person in the wealthiest 1 percent uses 175 times more carbon than one in the bottom 10 percent.”

The climate crisis is ultimately responsible for increasing inequality. Life expectancy in Punjab is apparently being curbed by up to five years due to air quality, which has been significantly compromised due to uncontrolled emissions, crop burning and brick kilns. The rich can afford to stay indoors and complain. Workers on daily wages enjoy no such privilege.

A glacial lake burst in Gilgit-Baltistan has forced residents to flee their homes and resettle in Skardu – a town that does not have the capacity to withstand this strain on its resources. The increase in demand will drive up the prices of necessities, making survival an option for only those who can afford it.

That is why showing up to the Climate Strike is a civic responsibility for those who can. The time that was bought has now run out.

What will turn the tide, help us adapt and protect us all is collective ownership. The government of Pakistan is unlikely to act if the political capital to be gained is scant. Political capital lies in numbers. If enough of us show up, they will know that we are on the lookout for protective infrastructure, technical and financial support, access to food, water and sanitation.

The cost of ignoring climate change will balloon up. And when emissions have nowhere to go, they will burn out. Consider this a last-minute warning.

The writer is the South Asia campaigner for Amnesty Interntional.