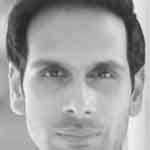 Where to draw the line

Last week, newspapers in the country carried a quote from Minister for Information and Broadcasting Fawad Chaudhry that read: “Upholding minorities’ rights is the responsibility of an Islamic republic”.

This quote proved to be a sight for sore eyes for many in the country since they had become so used to reading populist statements that were calculated to appeal to the people. For once, the country’s liberals had shifted their opinion in favour of the current government. To them, this became a real test of the ability of the new government to be able to stand by its stance and not succumb to pressure from right-wing elements like previous governments did.

The context for this tension was provided in the form of the appointment of a person from a minority community to a position within the Economic Advisory Council whose members, it was alleged, were selected on merit. This claim did indeed have substance to it since a Pakistani citizen selected for the position had held esteemed positions as an economic analyst across the world. However, the fact that he was Ahmadi became far more central to his appointment than his credentials – at least among a particular section of society. Therefore, the appointee had to resign from his position. This has brought to the fore the divisions that exist within Pakistan.

Those disturbed by these events wondered whether Muslims living in foreign countries where they are a minority community would have liked to be marginalised. This worry is not insubstantial in today’s world where nationalistic and jingoistic sentiments are sweeping across various countries. We live in a time when the US is headed by Donald Trump, who is separating migrant children from their parents. We live in times when Boris Johnson passes offensive remarks about Muslim women’s choice to wear the burqa. We live in times where neo-Nazis recently led rallies in Chemnitz, Germany against minorities. We live in times where there has just been a national crackdown against Indian intellectuals alleged to be Maoists. Therefore, Muslim communities living abroad have every right to be concerned and so do their Pakistani relatives and friends.

Nevertheless, how did London elect a Muslim mayor while there is growing intolerance in Europe? How did Sajid Javid manage to become the UK’s home secretary? What allowed Deedra Abboud to recently run for a US Senate seat despite Trump’s unmasked xenophobia? While people like Nigel Farage or Donald Trump are spreading hatred towards minorities, the public is keeping them all in check. The public is entitled to legal rights that hinder people from crossing the line, which they have attempted to do on many occasions.

The concern within the Pakistani context for human rights and general tolerance doesn’t, therefore, stem merely in relation to a group subscribing to a particular belief. Instead, the fear is that if we start excluding people like this, it would lead to further subdivisions within the country based on other endless characteristics – colour, sex (already a very contentious issue), ethnicity, class and dialect.

The term ‘Pakistani citizen’ would become redundant and productivity would be lowered if a certain section of these citizens already believe that merit is never rewarded. If we can rely on foreign trade and foreign aid emanating from people who don’t have the same beliefs as us, then why can’t we benefit from the skills and genius of our own citizens?

So, Pakistan currently stands at a crossroads. What path would it want to choose? Would it opt for a path where it has longevity as a society rooted in harmony and unity in diversity or one where self-proclaimed ‘analysts’ openly spread hatred on media platforms?

The government also needs to decide whether it wants to follow principles or get easily manipulated through pressure tactics. More importantly, each individual has to decide that how they want to be remembered in history.

The writer is an advocate of the high court.