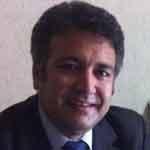 From empires to nation-states

Many of us tend to believe that the democratically strong and economically advanced countries of today – Canada, France, Germany, the UK and the US – and the organisations that they have built – such as the North American Free Trade Agreement, the European Union and the North Atlantic Treaty Organization – are destined to decline as history has taught us.

But this is an incorrect lesson. This belief emanates from our reading of a popular theory, which states that empires emerge, rise and finally fall. This theory involves deep philosophical debates within the West and the East. Philosophers, political scientists and historians involved in this debate drew their conclusions based on their understanding of the birth of empires, their internal workings and their downfall. These scholars were of the opinion that an empire was built by an ambitious leader.

The leader first consolidated his power in a small place and over a small number of people who were under his control. He worked hard and raised armies to consolidate his hold on power. Once he was strong enough, he embarked upon expanding his empire through conquests on foreign lands and peoples. As his empire grew and it became difficult for him to maintain his hold on all the people and land under his control – especially with challenges from other contending empire-builders – the empire veered towards a natural course of decline.

This process either took a few decades or a few hundred years. But let’s not forget a simple fact: the abovementioned theory applied to empires, not nation-states. Those of us who talk about the leading nation-states of the present-day and their regional organisations moving towards their decline seem to be guided in our belief in this popular theory.

But we must remember that we may be wrong in our interpretation of this theory. To begin with, present-day nation-states cannot be compared with the empires of yesteryears. The birth, purpose and working of modern nation-states are diametrically opposite to the birth, purpose and working of an empire. Empires usually came into being as a result of one man’s ambitions to seek power at the cost of the freedom and aspirations of others. Empires subjugated their own people and those of foreign land for the sake of one man and his dynasty.

Modern nation-states are built to safeguard the life, property and freedoms of their citizens. Their people are not an emperor’s subjects but are citizens in their own right. Nation-states do not seek territorial expansion and subjugation. Therefore, modern geographical nation-states and the organisations that they build have it in their genesis to exist infinitely.

The theory of the decline of empires does not apply to nation-states. Francis Fukuyama’s book on the subject, titled ‘The End of History and the Last Man’, provides useful insights into the subject. All those who are interested in this subject must read Fukuyama’s book to put to rest our futile hope of the West’s perceived decline. The West will not decline as long as it continues to stick to its values of free commerce; democratic governance; freedom of expression and religion; human rights; and rule of law.

Some of us talk about the ‘relative decline’ of the US and the West by citing the spectacular economic growth rates in China as compared to the relatively stagnant economies of the West. Let’s leave aside the entire West and only compare the US with China. The size of China’s economy has surpassed that of the US in absolute terms. But that is not the whole truth. China’s total GDP in purchasing power parity (PPP) terms ($23.12 trillion) is larger than that of the US ($19.36 trillion).

But we need to be reminded that China has to feed a much larger population (1.37 billion people) than the US (326 million). Due to this factor, the per capita income in PPP terms in China is only $16,600 despite the fact that China’s total GDP is larger than that of the US. This can be compared with the whopping US per capita income of $59,500. Since America has to feed fewer people as compared with China, it can spend $582.7 billion annually on defence. Meanwhile, China spends $151 billion every year on defence.

Therefore, Western Europe and the US are likely to remain in a leadership position in the foreseeable future. It is important for leaders in developing countries to understand this essential truth and orient their foreign policies to ensure that they remain on friendly terms with the Western world and incur maximum benefits from these relations.

These benefits should not mean short-term economic gains alone and ought to include learning some lessons in democracy and rule of law. However, this does not mean that developing countries should not maintain good relations with non-Western powers like Russia and China. These countries, by virtue of their size and population – and economic vibrancy in the case of China – cannot be ignored.

What is important to understand is that aligning with these countries and confronting the West in the false hope that the era of Western leadership is over will only lead to friction and self-harm because this proposition is simply not true. The West, as defined above, continues to lead in terms of innovation; modern technology; a sophisticated political system based on human rights, democracy and liberty; a state-of-the-art defence industry; innovations in science; technology and medicine; a modern financial system; infrastructural wonders; and a dynamic and powerful civil society.

Those who are inclined to pin their hopes on the mythical decline of the West and the rise of the East, and Pakistan siding with China and Russia to the detriment of the Western world, are advised to engage in a careful reading of history to understand the difference between yesterday’s empires and today’s nation-states. Why can’t we hope that both the East and the West shine at the same time rather than separately at the cost of the other? We can also shine with them if we introduce the right domestic and foreign policies.

The writer is a research analyst at the Institute of Regional Studies, Islamabad.