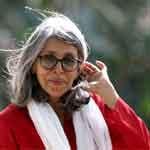 On Friday, April 9, Prime Minister Imran Khan stood on the podium like a king standing in front of his castle, praising the untiring efforts of his government to steer social welfare projects towards the creation of a state of Madina.

He was speaking at the groundbreaking ceremony of Naya Pakistan apartments in the LDA city project. Nearing the end of the speech, he referred to the UNDP’s latest report on inequality in Pakistan. With a smile, he urged people to read it, and said, “[It finds] the war-torn Khyber Pakhtunkhwa is the one province in Pakistan that has invested in human development the most in the last six years, because of which the PTI has won votes… ” The referred timeframe is of essence: “the last six years”.

True, the report, ‘Pakistan National Human Development Report 2020 - The three Ps of inequality: Power, People, and Policy’, acknowledges the achievements of Khyber Pakhtunkhwa. It states, “Khyber Pakhtunkhwa experienced the highest growth in its HDI [human development index] value between 2007 and 2019.” Again, the timeframe is of the essence: “between 2007 and 2019” (p44).

The UNDP report is a study in the development indicators of Pakistan over the last two decades, not the last six years. It is not an assessment of the PTI government in KP. So, why did the PM pick the years that are not specifically mentioned in the report? Were his words deliberately selected to gain false political mileage? Is he mis-informing or dis-informing the people?

In another recent incident, the infamous telethon of April 4, while building his case for rape as a consequence of vulgarity, the PM talked about the ills prevalent in the UK during his younger days of “sex, drugs and rock and roll”, and said, “When I went to England there was one divorce out of 17 marriages. Today, the divorce rate stands at 70 percent – and is on the rise.”

Reportedly, the UK’s divorce rate is consistently going down. Data gathered by the Office of National Statistics, UK’s largest independent producer of official statistics and its recognised national statistical institute, in 2018 showed “a decrease of 10.6 percent compared with 2017 and the lowest number since 1971”.

The divorce rate did increase in 2019 by 18.4 percent that was partly attributed to “processing a backlog of casework in 2018, which is likely to have translated into a higher number of completed divorces in 2019”.

Clearly, the prime minister has a problem with his sense of reality. One would brush it aside as innocent human error if it came about occasionally. But his impulse to throw around inaccurate facts is really strong, and it’s understandable, for he has to guard his identity – that of a righteous, an uncorrupt statesman, the only one capable of creating a state of Madina in Pakistan.

But will such falsehoods win him a strong power base?

Leaders commonly make false statements. They use serious lies to defend national security and minor misstatements to appease voters. The truth remains that untruth only undermines democracies. They can adversely impact political and policy decision-making.

Khan need not look too far back in history to learn some worthy lessons. Just a few months back, Donald Trump got demolished for his toxic politics and lies. He made more than 30,573 false or misleading claims in four years, averaging about 21 erroneous claims a day, according to the Washington Post’s Fact Checker column. In the end, people who swallowed Trump’s lies were unable to help him win the electoral fight.

But Pakistan is another country. Here, the media is fragmented and uninterested in combating false information or fact-checking. A majority of mediapersons believe the lies they are told, and readily feed them to readers, listeners, subscribers and followers in a ‘she said-he said’ format. Also, here in our country, feelings overtake rationality and conspiracies become beliefs. People are emotional and also lack awareness. They turn away from evidence if it is not to their taste and belief. Therefore, Khan’s lies are even more dangerous than Trump’s.

It is time Khan started to work on his legacy by engaging with people and feeding them more credible information. Falsehood will only win him a delusional power base, and will corrode the already shaky foundations of democracy in Pakistan.

The writer is a freelance journalist based in Lahore.