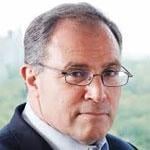 Amid the horrible numbers of a global pandemic that has taken nearly one million lives, it’s easy to forget that eight times more people will die from tobacco-related diseases this year, and for years to come.

Just as Covid-19 has forced us all to make hard health choices, it’s time to start making hard choices about the smoking epidemic, too.

I have been an anti-tobacco activist for much of my professional life. I am an epidemiologist and, as deputy director of the World Health Organization (WHO) under Gro Harlem Brundtland, I was one of the architects of the landmark 2003 international agreement formally known as the Framework Convention on Tobacco Control. I can’t bear to see more people die because of inaction or ignorance.

This is an incontrovertible fact: nearly one billion people light up a cigarette every day. China leads the way with a whopping 300.8 million tobacco users, and India comes in at a close second at 274.9 million.

This, too, is an incontrovertible fact: the combustion that occurs when one lights a cigarette creates a toxic, smoky stew that causes deadly, tobacco-related conditions such as lung cancer, heart disease and stroke. Nicotine, the addictive substance in cigarettes, does not, and I believe that properly regulating nicotine replacement products that are lower risk because they don’t combust will save millions upon millions of lives.

I lived through the hours, days and years it took to get the WHO’s international tobacco agreement signed, and I believe in what it represents: namely, an effort to create a world free of tobacco-related diseases. But I also believe it has done all it can without significant change. Enforcement is inconsistent from one country to the next. The least effective provisions are being implemented while the most effective ones have seen little progress.

Right now, the world is at a turning point, waiting for effective Covid-19 treatments and a vaccine. This year’s virtual Global Tobacco and Nicotine Forum, which began on September 21 and is one of the world’s largest annual gatherings of experts from public health, government, and the tobacco industry, gave us an opportunity to pivot as well.

Nicotine addiction is one reason why quitting smoking is one of the hardest things a person may ever do. Many don’t manage it and many don’t want to. The new nicotine products, that range from e-cigarettes (also called vapes) and heated tobacco products to tobacco-free nicotine pouches, could save millions of lives if they are properly regulated according to their degree of risk.

Other activities are risky, too, like driving a car or going to the grocery store in the middle of a pandemic. But they are regulated or their risks are mitigated by seatbelts and face masks.

Of course, there are those who claim that lower-risk nicotine products are dangerous and can be sold to minors. Surely, the remedy for both problems is proper regulation. Why try to ban lower-risk products, as several governments have, or lump them all into the single category of ‘tobacco products’ and charge the same amount for them as a package of combustible cigarettes? Why not read the research and regulate each product according to its relative risk?

That’s why I did the unthinkable. After much reflection, I accepted my current job as president of the Foundation for a Smoke-Free World (which, to be perfectly transparent, is funded by Philip Morris International through an impermeable firewall). I did it because of all the above and because I am committed to finding safer ways for responsible adults to enjoy nicotine without having to light up.

Ending the sale of combustible tobacco products is a goal we are all working towards. The ideal scenario would include a campaign that highlights the difference between combustible cigarettes and harm reduction products. I believe this can be accomplished with the help of research, statistics and, eventually, measures that heavily penalize those who continue to make and sell combustible tobacco.

When I accepted the job at the Foundation, I knew that I would be criticized by former colleagues for having gone over to the so-called dark side. I have not. I am still fighting to change people’s dangerous behaviors, but with different and complementary tools. To that end, let us all try to work together.

The writer is president of the US-based Foundation for a Smoke-Free World.