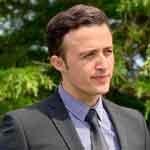 If rumours are to be believed, Islamabad is contemplating on giving provincial status to Gilgit-Baltistan. It is not clear whether the provincial status will be limited or full-fledged, but surely something is on the offing.

The change can be regarded as a marked departure in Pakistan’s principled position on Jammu & Kashmir which was rooted in unflinching support to the right to self-determination of the region to a claim over the territory as being an integral part of Pakistan.

Apprehensive of the fact that the possible change of status will be conditional and limited, it is important to realize that most people of Gilgit-Baltistan are not willing to accept anything but a full-fledged provincial status. Anything less has the potential to deepen further the fissures arising out of successive governments’ refusal to entertain the demands of the people of the region.

The resolution of the constitutional dilemma lies in the state’s willingness to fully recognize, decentralize and limit federal interference through a mechanism which is constitutionally embedded and guarantees complete autonomy at par with any other province of Pakistan. Now that the state is mulling over giving the region a provincial status and the Gilgit-Baltistan region is gearing up for elections, there are possible steps that the government can initiate to integrate the area in the federation. Such measures can serve as a better alternative to a possible conditional integration of the region, creating more confusion than clarity on the constitutional status.

Unless the region is integrated into the federation through a formal constitutional amendment, which undoubtedly will involve a national consensus among all stakeholders, the state should not make the citizenship clause all-inclusive as it risks bringing about a change in the demographics of the region. The government should not extend the scope of Pakistan’s Citizenship Act to the Gilgit-Baltistan region. For this, Part - 1 of the Introductory clause (b) of the Gilgit Baltistan Order 2018 should be amended and ‘citizen’ should mean a person who is a resident of the Gilgit-Baltistan region only.

Moreover, the state should re-impose the State Subject Rule (SSR) to protect the indigenous population from becoming a possible minority at a time when the region is opening up for both the domestic and international tourism thus attracting non-local investors. The state should amend clause (m) of the Governance Order 2018 defining ‘property’ and re-impose the restriction of non-locals owning property.

Any piece of legislation marked by a conservative approach to fundamental rights such as the Governance Order 2018 is contrary to the spirit of democracy and Pakistan’s own international human rights obligations. So, the government should make every effort to make human rights enshrined in the Governance Order 2018 devoid of any limiting principles.

The Governance Order 2018, in its current form, is centred on the prime minister. The legislative and executive authority and overriding capacity of the prime minister of Pakistan should cease. Therefore articles 60(2), 60(4) and 60(7) of the Governance Order 2018 need to be amended. The government should not introduce the criteria and job requirements for the positions of executives and judges in a way that takes these offices of great relevance beyond the reach of the locals. The government should, therefore, amend Article 75(7) of the Gilgit Baltistan Governance Order 2018.

The right to provincial autonomy through the existing Gilgit Baltistan Governance Order 2018, does not address the grievances of the region contrary to the claims of the government. Addressing such contradictions requires fundamental changes in the existing Order with a focus on empowering the area through a full-blown right to the provincial autonomy.

Conditional integration of the region in the federation and changing of the map without tangible policy actions to rethink the constitutional, political and administrative structure of Gilgit-Baltistan will be meaninglessly aimed at playing to the gallery.

The writer is a Chevening scholar and holds an LLM degree in International Human Rights Law from the University of Sussex, UK.