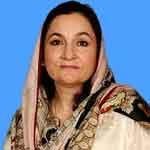 While world community is commemorating the 30th anniversary of the United Nations Convention on the Rights of the Child (1989), many child rights activists in Pakistan are wondering what to celebrate. The reasons for this bewilderment are conspicuous and well-known, as the state of Pakistan has failed to mitigate miseries of millions of vulnerable children in the country. Indicators of health, education, welfare and protection of children living in Pakistan are depressing. The international organization Kids Rights Foundation has placed Pakistan at the 151st position in the global Child Rights Index of 181 countries. Some of us might be willing to accept this inferior position for Pakistan being a developing country. But why then some of the neighbouring countries of South Asia, with similar socio-economic background, have done far better than us, and are now placed at a comparatively enhanced standing in child rights index. How Pakistan can justify its low position of 151st, with Bangladesh at 108th, India at 117th, Myanmar at 133rd, and even Nepal at 136th. This is a proof of our poor performance and transpires that policy makers and state machinery in Pakistan have utterly ignored welfare and rights of children.

This neglect is not confined to children alone; we have been continuously under performing in a number of other areas of human development as well. For example, in 1990, Pakistan was 3 points ahead of India and 16 points ahead of Bangladesh in global Human Development Index, compiled and annually released by the United Nations.

Situation has reversed after about three decades. Pakistan is now lagging behind India and Bangladesh with 20 and 14 points respectively, indicates Human Development Indices Statistical Report 2018 of UNDP. Another case of our inefficacy is women development. The governments have failed to offer equal opportunities of education and participation to the women in decision making processes, and resultantly majority of out of school children are girls, most of the illiterates in the country are women, and their representation in businesses, service industry, and politics is minimal.

It is a matter of great embarrassment for our country that World Economic Forum in its Gender Gap Index Report 2018 has placed Pakistan at the second lowest position of 148th out of 149 countries. Pakistan is at the bottom in most of the social sector and human development indices.

How and why this has happened to us? Causes are simple and self-evident. Pakistan failed to invest adequately on the welfare, protection, and holistic development children to meet their needs of physical, social, emotional, and mental growth. The data on conditions of children narrates this tragedy. This might be surprising to many educated citizens, that about 45% children in Pakistan face stunted growth due to malnutrition. About 63% children of age 3 to 5 years are never enrolled in pre-primary. Although Parliament of Pakistan in 2010 recognized constitutional right of all children of age 5 to 16 years to free and compulsory education, yet more than half or 34 million children of this age group are out of school. Most of these under privileged children are part of the population living in under developed regions of the country or belong to the families languishing in illiteracy and poverty. The cases of violence against and abuse of children are on the rise in the country. The media daily reports the horrible stories of abuse and murder of minor children. Last year report of NGO Sahil has revealed that cases of sexual abuse of children have increased more than 11% in 2018 as compared to the figures recorded in the year 2017. More than 10 children have been abused per day during the year 2018.

The Employment of Children Act 1991 was the first pro-child law passed by Pakistan. Despite enactment of this law, child labor has not been eliminated so far and millions of children are found engaged in hazardous occupations, including auto workshops, brick kilns, scavenging, carpet weaving, and beggary. A number of other laws were also passed by the national and provincial assemblies but their adequacy and efficacy to address the problems faced by the children and enforcement on the ground have been questionable. A recent study by UNICEF engaged experts have reviewed 108 child related laws of Pakistan with respect to their legal effectiveness. Experts found out that considerable percentage of these laws do not comply with international standards or do not conform to the criteria set by the UN Convention on the Rights of the Child. Out of these laws, only 24 % are fully compliant to CRC, 41 % are partly compliant, and 16 % laws are weakly compliant whereas 19% laws are in contradiction to the principles of CRC. When it comes to the enforcement, considerable numbers of laws are not implemented. After passage by the parliament, implementation of these laws is left to the discretion of government machinery which is not very ambitious for their enforcement in letter and spirit. One of the reasons frequently attributed for non-enforcement of child related laws is non-availability of funds. One of the lacunas in our parliamentary system is that assemblies neither have time nor resources to follow up with the ‘executive’ to monitor implementation of the laws passed by them. An efficient mechanism for oversight of the implementation of laws by the parliament has not been created till date. The story of one such law is worth sharing. The National Commission on Rights of the Child Act was enacted in October 2017 and published in the Gazette of Pakistan for immediate enforcement. The Clause 22 of this Act obligates the government to make and publish rules, in consultation with the Commission, within six months of the enforcement of this Act. Alas, over two years have passed but government has neither constituted the Commission and nor approved rules for its functioning. Not a single penny has been allocated in the annual budget for this Commission. This shows apathy of the government machinery towards child rights. While world community is celebrating 30th Anniversary of CRC, we the child rights activities in Pakistan may use this occasion to mourn the apathy and lethargy of the bureaucracy to activate the National Commission on Rights of the Child for which parliament passed the Act two years ago.

The past and present governments though launched few programs to address problems faced by undernourished poor children, but these were marred by lack of required financial and administrative support. Budgetary allocations for such programs did not correspond to the quantum of the challenge and requirements on the ground, hence their scope and impact was limited. Secondly, most of these programs were ad hoc and could not be sustained or scaled up. For example, Tawana Pakistan, a school nutrition program launched in 2002 to address poor nutritional status and school enrolment of primary school age girls was closed down in 2005. Similarly, Waseela-e-Taleem (WeT) component of BISP program has been offering incentives for enrolment and retention of about half a million new children annually, whereas an estimated 11.24 million primary (5-9 years) age children were out of school during 2017. This means, only 4% of total Out of School Children in the country were covered by this program due to financial constraints. Currently, no program of nutritional supplement for vulnerable children is being implemented by federal or provincial governments. Budget for education and health sectors are insufficient compared with the gigantic numbers of people in need, especially the malnourished, poor, and out of school children. The current government has announced Ehsaas program which also includes health and nutrition initiative to address stunting in children, and conditional cash transfer in districts lagging behind. Nonetheless, no progress has been visible so far, apparently these initiatives are still at the planning stage. There are no indications that coverage of WeT (conditional cash transfer to parents against enrolment of their children in schools) will be scaled up. Keeping all these facts in view, it can be predicted that no improvement in the near future is expected in the national indicators of health and education of children, and country will continue to stay at its bottom position.

A movement in support of children has recently been triggered in the parliament. A group of legislators have pledged to invigorate the struggle for the rights of children at the august forum of the parliament. As a result of their advocacy and lobbying, the National Parliamentary Task Force on SDGs has created a Special Committee on Child Rights-CRC, and constitution of this Committee was formally notified by the National Assembly Secretariat. This Special Committee has been assigned the tasks of monitoring the implementation of child rights related laws in the country, review progress of rights envisaged in CRC which has been ratified by Pakistan, identify gaps and recommend remedial actions including new legislation, and increased financing for children. During last two months, this Committee has organized series of meetings of members of provincial assemblies, legal experts and representatives of civil society organization to sensitize them about child rights.

Sincerity and devotion of the members of this Parliamentary Special Committee on Child Rights may though be appreciable, but their efforts may not be enough to make a breakthrough. The pace of socio-economic development in the country will be hampered if millions of its children are deprived of their rights and lack opportunities for their development. Pakistan will continue to be stuck at a disgraceful low position in global ranking if country fails to investment on welfare of its children. Pakistan and its citizens will face long term negative implications of neglect of children. All sections of Pakistani society, including, political parties, religious leaders, intelligentsia, especially the media should raise their voices against maltreatment and abuse of children in Pakistan, and complete enforcement of all laws enacted by the parliament to prevent their exploitation, implementation of all rights envisaged in the United Nations Convention on Rights of Child. Federal and provincial governments should be persuaded to allocate enough resources for holistic development of all children, irrespective of their gender, ethnicity, religion, and economic status of their parent. This includes children with disabilities. We can flourish and thrive only by investing on children who are future of Pakistan.

The writer is PML-N MNA could be reached at www.twitter.com/MehnazAkberAziz