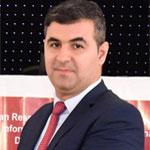 The genocide perpetrated by Armenian aggressors in the late 20th century in Khojaly was one of the most monstrous crimes committed not only against Azerbaijanis but also against all of humanity and civilisation.

The Khojaly massacre stands in line with similar terrible tragedies such as the massacres in Khatyn, Lidice, Oradour-sur-Glane, Songmi, Rwanda and Srebrenica. These have been recorded in the history of mankind as acts against civilians.

This terrible tragedy happened on the night of February 26, 1992. Supported by the 366th Motor Rifle Battalion of the former USSR, deployed in the city of Khan Kandi, the Armenian forces attacked the unarmed and unprotected city of Khojaly. The Armenians first surrounded the city from four sides and then fired their artillery and military hardware strongly and mercilessly. The city residents were compelled to flee their homes and escape to the nearby mountains and forests. The Armenian troops then occupied Khojaly, led pogroms, burnt houses and inflicted reprisals on innocent civilians.

The ancient Khojaly was razed to the ground overnight. Thus, on a cold and snowy February night many women, elderly and children were taken hostage. Although many people had managed to escape to the forests and mountains, several died of the cold and frost.

As a result of the atrocities committed by the criminal Armenian troops, 613 residents of Khojaly were killed, 487 were disabled, 1,275 civilians were taken hostage and subjected to reprisals, insults and humiliations. Around 150 people are still missing. This was a real genocide.

It is no secret that the Armenian authorities are directly responsible for this crime, because they had planned the entire operation. Among the active participants of these events was Armenia’s former minister of defence Seyran Ohanyan (2008-2016). At the time, he served as an officer in the 366th Motor Rifle Battalion.

When Armenian commander Serzh Sargsyan, the current president of Armenia, was asked to talk about the invasion of Khojaly in an interview with a British journalist, he had openly admitted the role of the Armenian forces in the crime. In his interview, Sargsyan said: “Before Khojaly, the Azerbaijanis thought that… the Armenians were people who could not raise their hands against the civilian population. We were able to break that stereotype.” What other arguments are needed after these words have been spoken? Unfortunately, Sargsyan, Ohanyan, Kocharyan and other Armenian criminals who committed the Khojaly genocide have still not been held accountable.

Besides recognising the efforts made by the current president of Azerbaijan, Ilham Aliyev, in bringing Khojaly’s realities before the world community, it is also important to note the work done by the Heydar Aliyev Foundation, under the charge of the first vice president of Azerbaijan, Mehriban Aliyeva. The foundation conducts special projects, holds events devoted to the Khojaly genocide in Russia, Germany, Turkey, Georgia, Hungary, Romania, Belgium, Austria, Czech Republic, Switzerland and other countries.

The vice president of the Heydar Aliyev Foundation and general coordinator of the OIC Youth Forum on intercultural dialogue, Leyla Aliyeva, also played a great role in having the Khojaly genocide recognised in the international arena. Started on May 8, 2008, Leyla Aliyeva’s international campaign ‘Justice for Khojaly’ has made a great contribution in bringing the reality of the bloody events of Khojaly in front of the world community. Large-scale events are held annually in more than 100 countries as part of this campaign.

Owing to these projects and events initiated by Azerbaijan, a number of countries, including the US, have started to recognise the Khojaly massacres as genocide. It is encouraging to see that the number of people who stand in solidarity with Azerbaijan on this issue is growing rapidly. Parliaments of a number of countries have already recognised the events in Khojaly as an act of genocide. Among them are parliaments of Peru, Mexico, Columbia, Canada, Pakistan, Bosnia and Herzegovina, Romania and Jordan. Around 20 American states have also recognised it as genocide. Certainly, Azerbaijan does not intend to stop on the already achieved success.

The Azerbaijani people will neither ever forget the Khojaly tragedy nor those who committed the odious crime. Serzh Sargsyan, Seyran Ohanyan, Robert Kocharyan and others whose hands are covered in the blood of Khojaly’s residents must be held accountable for their monstrous crimes, before an international court of law. And sooner or later, that day will come.

The writer is the director of Eurasia-Azerbaijan, an international expert club, and editor-in-chief of the Azerbaijani news agency Vzglyad.az